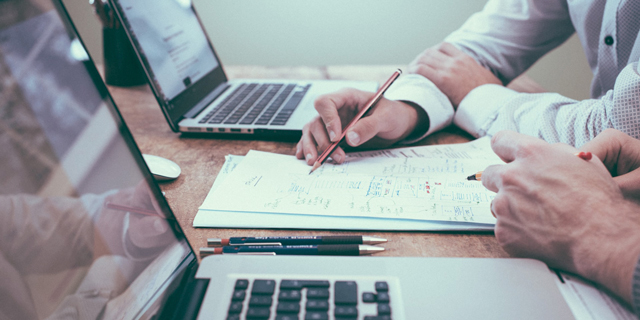 A Billion Dollars Or Bust

The founders of Tipalti, Gong, and Next Insurance, whose companies’ valuations have leaped beyond $2 billion offer insights and tips for building unicorns

A large number of private Israeli companies have achieved unicorn status in recent months, meaning that their valuation has hit above $1 billion. Calcalist’s Sophie Shulman sat down with some of the founders behind these highly valued companies for a series of eight lessons on how startups can reach this level, and what investors these days are looking for. Lesson #2 is all about finding a field that you can disrupt.

Each of the three co-founders I spoke with heads a company that is valued at over $2 billion, each declares that they will be worth much more in the future, yet each of them insists that they are being modest. They’re three men in their forties and fifties with a geeky disposition but sky-high confidence. Chen Amit, the co-founder, and CEO of fintech company Tipalti, Amit Bendov, CEO and co-founder of Gong, and Alon Huri, CGRO and co-founder of Next Insurance, are the clearest examples of the herd of stampeding Israeli unicorns. During the past year alone, the number of private Israeli companies valued at $1 billion, reached an all-time high: a tenth of the 500 most active unicorns are either located in Israel or were founded by Israelis.

The confidence the trio exhibits is due to the fact that they all achieved exits at previous companies, and because of the love and money that investors shower them with. It’s a lot of money, often more than they need. The unicorn era is in part, if not solely, a result of a cheap, unlimited supply of money that is found in the hands of venture capitalists and private investors and must spill over into the high-tech market. Competition over having a share of the next big company has inflated startups’ valuation, even if their profitability is not enough to justify it.

A meeting with the three provides a glimpse into the type of market they’re in, where, as they put it “money falls from the trees.” However, it has also yielded many lessons and insights on how to build startups that gain investors’ trust.

The products they offer are completely different from one another. Tipalti offers business automation for managing relations with suppliers, managing currency, financing solutions, and regulation; Gong provides a tool for autonomous customer relation management; and Next Insurance sells insurance to small businesses online. The common denominator among all three is that they offer services to businesses, and aren’t dependent on wavering public trends. Another notable point is that each was built with the understanding that in order to succeed, one must find a problem that demands a solution, which people will agree to pay for.

Huri and his partners at Next, Guy Goldstein and Nissim Tapiro, sold Check, a payment app, for $360 million in 2104. “We decided to launch something together, only this time doing everything the opposite way to what we did at Check. We had already built something and made money from it, so this time we sat down for four months and thought about everything aside from our core product idea. We focused on the company’s DNA, its culture, and the fact that we wanted to do something for the greater good,” Huri said. “We had ideas about real estate and healthcare, but chose insurance because it's an old and sickly market. We focused on insurance for small businesses, because it is a niche that hasn’t been developed. We saw that the biggest player in the field only holds 5% of the U.S. market, and understood that we can make our company a market-leader. One of our investors, Oren Zeev, (who owns an independent venture capital empire, one of the largest in the world), always said that you need to reinvent a category, and disrupt it.” Today, Next provides insurance for small and medium-sized businesses and offers six different insurance plans that can be purchased online. It employs 350 people, half of whom work in Israel, with an additional 100 recruits who will soon join the team.

Amit defines his story as “completely the opposite, though it’s also related to Oren Zeev, who was my colleague in university. In 2007, I sold Atrica,” - a communications system company that he ran which didn’t live up to his promise and was sold for $100 million— half of the amount that was invested in it—"and then the economic recession hit. At one point, I called Oren and told him that if there’s anything interesting going on in any of the companies he’s investing in, or any that require assistance, I’m available. It was my entire job-finding effort. After a few months, he called me and said that one of the companies had a problem. I met with the manager of the company that dealt with online advertising, and he explained the difficulty in making quick online payments to several different suppliers, in different countries, and different currencies. I am a telecommunications guy, I had no idea about payments or business processes, but I sat down with him for a whole day, saw how he worked, and understood the deeply-rooted problem. At the next stage, I spoke with people who I thought might need a solution that I could offer, but everyone told me ‘Forget about it, it’s a waste of time.’ Afterward, many of them were among our first customers.”

Amit, together with Zeev, founded Tipalti, which processes around $12 billion in payments annually, and employs 350 people, half of whom are located in Israel. He admits that at its founding, “I didn’t think that it would be a big company. I was reading a book back then, about working four hours a week, and thought that if I had two customers and made NIS 30,000 ($9,200) a month, I’d be all-set, it spoke to me. But the problem was brought before me, and today I realize that it was a gift.” He went back to programming after 17 years of not doing so, built the entire system by himself, chose the shortened name (“it’s an ice-breaker when I explain its meaning,” he says. Tipalti, translates into “I took care of it” in Hebrew), “and then I started to check out the U.S. market. I recruited a friend, and very quickly we started our path of making $100 million a year.”

For Bendov, it worked a bit differently. He is energetic and tries to manage all of his meetings, including work ones, while walking since it’s difficult for him to sit down. “I have about 400 ideas a day for startups, I even have a special document where I list everything that comes to mind. If anyone wants to see it - I make copies,” he said.

Can you tell me one?

“The ultimate garlic crusher that will properly dice garlic, but won’t cost $2,000, since no one needs that.”

“The idea for Gong came to me after I saw a need for it when I was the CEO of SiSense (which analyzes organizational data), and before that as Marketing VP at ClickSoftware, (which provides automated service systems) that there are service management systems that are full of nonsense, and I had an idea about how to improve that. I called up 50 people and asked them all the hard questions, which most people don’t ask about those systems, and the answers they provided me indicated to me that there would be those that would pay for an improvement.” In 2015, he started Gong with Eilon Reshef, and it offered autonomous customer relation management (CRM) - “it does for CRM what Mobileye has done for the automotive industry,” says Bendov. It employs 400 people, 130 of whom work in Israel.