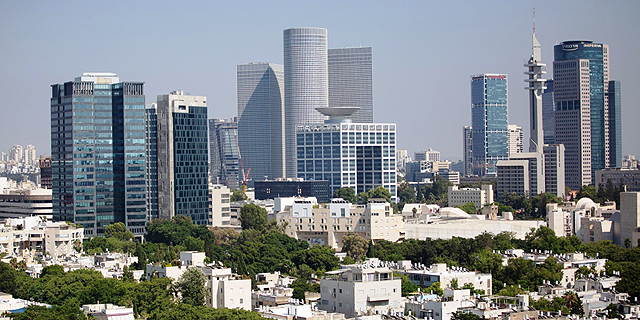 This year saw a total of 578 transactions at an accumulated investment of $9.9 billion, marking a 14% increase from the previous year

2020 seems set to be remembered as the year that the Israeli tech sector completed its departure from the Israeli market, though not from the international market. In 2020, local tech companies registered record investments due to the immense demand for technology that supports the shift to working from home, cybersecurity, and so forth. At the same time, there was a significant decline in the number of exits, meaning the sale of Israeli companies to foreign organizations, according to The Israeli Tech Review published on Tuesday by research company IVC together with the Meitar law firm. The report states that 2020 saw 578 deals at an accumulated investment of $9.9 billion, marking a 14% increase in the number of deals from the previous year, which totaled $7.8 billion and an increase of 27% in invested capital. It was also a record year for capital raising by Israeli technology companies traded on the stock exchange: 121 companies raised $6.55 billion in 2020 compared to 68 companies that raised $1.95 billion in 2019. At the same time, 2020 concludes with a sharp decline in the number of mergers and acquisitions— $7.8 billion in 93 deals, compared to $14.24 billion in 143 deals during 2019 (excluding deals of over $55 billion). It is important to note that among the exits, the report included the sale of Nasdaq-traded Forescout, so that its sale for $1.6 billion does not constitute the acquisition of a private tech company.

Both the average and the medium increased in 2020, in part due to seven deals of more than $200 million this year, compared to just three in 2019. For investors, the most prominent trend was focusing on existing portfolio companies and an increase in the volume of subsequent investments, with the number of such investments far above those we have grown accustomed to in recent years. Investment in early (seed and series A) rounds experienced a drop in the first and second quarters of the year due to lack of certainty caused by the Covid-19 crisis, but the trend shifted later in the year and in the third and fourth quarters, there was a boost in investments by venture capital funds both in the number and size of investments. In Q4, tech companies raised $2.5 billion compared to $2.2 billion in the same period last year. Out of the total, $579 million went into early-stage companies, an increase from $478 million in Q4 2019. Growth companies also recorded record investments in 2020, continuing the trend that played out in the previous two years. The total capital invested in growth companies added up to $8.33 billion, compared to $1.6 billion in early-stage companies. 2020 saw 18 IPOs of Israeli tech companies on the local and international stock exchanges, at a total sum of $1.6 billion. In total, the activity of Israeli public companies in the capital markets reached about $6.55 billion in 2020 (including public and private offerings and debt raising) in 121 transactions, compared with $1.95 billion raised in 68 transactions in 2019. “2020 was characterized by a significant increase in the capital raised by Israeli companies in the capital markets, partly due to low-interest rates caused by economic concerns in light of the coronavirus pandemic, a phenomenon that pushed many investors into the capital markets,” said Meitar partner Mike Rimon. “SPAC transactions also saw a major increase in 2020, with it being a record year in the U.S. in both the number and volume of such issuances. Another field that saw additional growth was the secondary deal market, which for the past few years has been a significant liquidity channel for shareholders before the issuance or sale of a company. According to the pipeline we know of, these trends will carry on into 2021 and many of the large companies that have grown in recent years will examine public capital raising for continued growth and development, which may lead to a growth in mergers and acquisitions of these companies in which traded shares will be used as currency." Unlike IVC and Meitar, accounting firm PWC, which also issued a report on Tuesday, included Nasdaq and Tel Aviv Stock Exchange IPOs in the tally of exists. This is a controversial figure since an IPO is a financial event in a company’s lifecycle in which only a portion of the company is sold. If IPOs are factored in, claim PWC, 2020 was also a record year for exits with $15.4 billion in total, compared to $9.9 in 2019, in only 60 transactions compared to 80 last year. IPO figures notwithstanding, PWC’s figures are very similar to IVC’s. Unlike IVC’s report, PWC’s doesn’t include the sale of Forescout. According to Yaron Weizenbluth, Partner and Head of Hi-Tech Cluster at PwC Israel “It is too early to talk about the end of the crisis and many tech companies are actually experiencing challenges, but it may be possible to start doing so, with due caution, hoping Covid-19 might be soon behind us. The impact of the pandemic is likely to linger for quite a few years, and some changes are here to stay and be a new normal. But whatever happens, one thing is beyond debate, and it is that technology and its different derivatives are vital and will only be enhanced.” 2020 was also a record year in terms of IPOs, with no fewer than 19 led by the U.S. IPOs of JFrog, Lemonade, and Nanox. There is also a significant increase in IPOs on the local stock exchange, with no less than 9 tech companies going public there, most notably Ecoppia and Aquarius Engines.

“The resurgence of tech companies in the equity market has several reasons. Low interest rate, a larger monetary base, more government incentives and other capital directed to tech companies, and even a psychological shift in the Israeli capital market that make investors gravitate more towards tech are all plausible factors that may have generated this friendly environment for IPOs and value creation. Clearly, Israeli entrepreneurs did not miss out on that opportunity. The great results that stemmed from all the above probably accelerated processes that in normal times would have taken a far longer period to mature," Weizenbluth added.