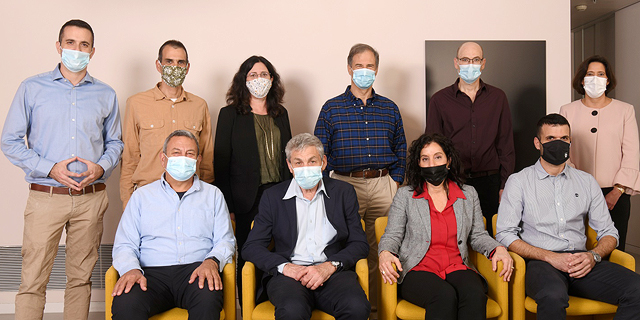 The Ramon Foundation, along with the Israeli Space Agency and the Ministry of Science and Technology published a call for proposals on Wednesday for scientists and researchers to apply to send their experiments or technology to the International Space Station (ISS). A scientific committee, which will be overseen by top Israeli space scientist Inbal Kreiss, who is the Head of Innovation at the Systems Missiles and Space Division of Israel Aerospace Industries, will choose between 10-15 such experiments - which are awaiting approval from NASA - that will travel aboard a SpaceX rocket alongside Israel’s next astronaut, Eytan Stibbe, when he embarks to the ISS in October 2021. Stibbe, who is a former Israel Air Force pilot and businessman, will dedicate his flight hours to the Ramon Foundation, in memory of fallen Israeli astronaut Ilan Ramon, will conduct scientific research for Israeli space tech businesses and academia, and hold an educational outreach program in Hebrew to be broadcast live from the station. He plans to spend 200 hours or eight days aboard the station.

Next Israeli astronaut Eytan Stibbe (third from right, back row) is surrounded by other space experts and researchers. Photo: Yossi Zeliger

The scientific committee is composed of leading individuals in the Israeli science, medical, and space industry. Proposals must be experiments that meet the following criteria: possess the technical feasibility to be conducted aboard the ISS, have the availability of required partner resources that adhere to Stibbe’s strict AX-1 mission timeline, display a scientific and economic impact, and the ideas must also demonstrate novelty and the potential to achieve a significant scientific breakthrough. The deadline to apply is Feb. 14, 2021 and proposals can be submitted here. Experiments will be chosen from the fields of telecommunications, astrophysics, telehealth, agriculture, optics, remote sensing, medicine, robotics and AI, among others. Stibbe will be one of the first private astronauts to be sent by a nongovernmental nonprofit organization. “This mission is a rare opportunity to conduct and advance groundbreaking research on a broad scale, while enabling the Israeli space community quick access to the International Space Station to conduct a wide range of experiments,” Kreiss said. “Astronaut hours are one of the most valuable and expensive resources in the space industry, and this will allow us to provide exceptional opportunities for many entities in Israel to integrate into the space industry,” General-Director of the Ramon Foundation Ran Livne said. “Israel has the potential to become a major player in the developing space tech industry,” Minister of Science and Technology Yizhar Shai said, and added how this is part of the ministry’s mission to create an industry of 350 companies in the civilian space industry, which employs 25,000 employees, and raises more than half a billion dollars a year through private investors.