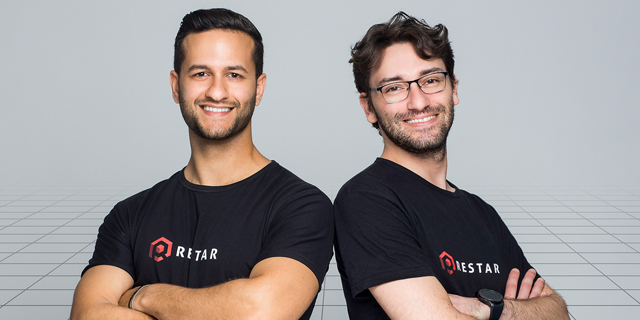 RestAR acquisition by Unity a potential landmark for Israeli gaming

“I'd really like to see a TripleA game being developed in Israel and it will be interesting to see how Unity's entrance into Israel will affect this," said RestAR co-founder Shimon Vainer

U.S. company Unity announced earlier this month the purchase of Israeli startup RestAR for an unknown sum. On the face of it this seemed like yet another standard commonplace story of an exit by an Israeli tech startup. However, the case of RestAR could well be remembered as an important landmark in the history of the Israeli gaming industry. RestAR initially provided solutions for businesses in the restaurant industry by building 3D/AR (augmented reality) menus, which is why it has both 'Rest' and AR in its name. However, the startup soon realized that the real challenge lies in creating 3D content for the e-commerce market and that the sector lacks an efficient solution. For example, a shoe store can scan sneakers with RestAR's app to create a 3D model and the client can then use the app to demonstrate how the shoe would look on them with the help of AR.