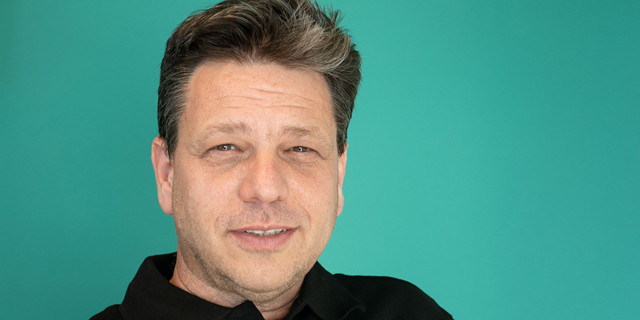 SQream founder says that after Covid-19 saw waters recede, 5G adoption about to hit world like a tsunami

With the rise of 5G and the accelerated digital transformation brought on by the coronavirus pandemic, SQream CEO and co-founder Ami Gal says his company is perfectly placed to take full advantage with its data analytics acceleration platform

After overcoming both the receding waters and subsequent tidal waves of the tsunami that was Covid-19, Israeli data analytics company SQream Technologies is ready to take its next big plunge in 2021. With the rise of 5G and the accelerated digital transformation brought on by the coronavirus pandemic, SQream CEO and co-founder Ami Gal says his company is perfectly placed to take full advantage with its data analytics acceleration platform.

One of the biggest challenges with 5G is the way companies will manage and analyze the extremely fast-growing data stores. 5G network characteristics such as high-bandwidth, low-latency and mobile edge computing, as well as 5G’s ability to support fast connectivity across diverse devices, will drive this data growth immensely. The growth of massive data volumes from 5G will drive new opportunities for enterprises who can take advantage of the speed and reduced latency by being able to rapidly ingest and analyze massive volumes of data, something that is all but impossible without a data analytics acceleration platform, which is where SQream comes in. 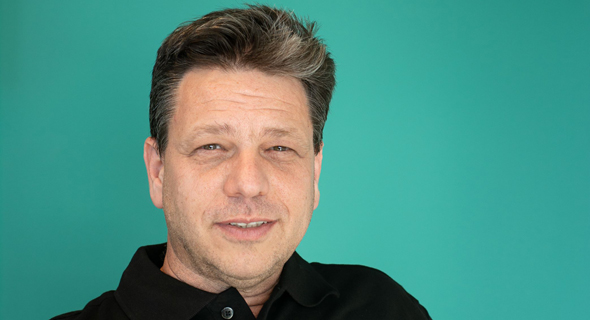 The company, founded in 2010 by Gal and Kostya Varakin, has recorded dramatic growth over the past six months, but it first had to overcome some disconcerting moments, with Gal likening the entire rollercoaster that was 2020 to a tsunami. "In a Tsunami the first thing that you will see is that the water recedes. Coronavirus was much like a tsunami from a business and technological standpoint, including when it came to 5G," Gal told CTech. "In a tsunami the water sometimes initially recedes by hundreds of meters and that is what we felt in March 2020. Everything came to a halt when Covid-19 hit Israel, Western Europe and the U.S. Clients stopped talking to us, some canceled orders and planned pilots were suspended. The investors all went into bunker mode, the stock markets crashed and the world basically stopped. However, like with a tsunami in which after the water recedes it is followed by massive crazy waves that wash over everything, we too went on to feel something similar. After a month-and-a-half of a complete drought, everyone returned as if there was no tomorrow. You could see it in Wall Street, you could also see it in the deals that were made and you could see it in the demand for data and big data analytics, which is what we do. There was an acceleration of services being built on top of 5G because it allows to consume huge amounts of data at a low latency and because many clients, both business clients and consumers, were consuming data online rather than on-frame. For example, the applications people used to buy online needed a better infrastructure, people were using video calls much more than before, and so on." This dramatic explosion of interest in its product saw SQream sign a multi-year, multi-million dollar contract with an unnamed tier-1 mobile operator in July of last year, estimated to be worth in the region of $20 million. That came on the back of a $39.4 million Series B+ funding round a month earlier, led by Mangrove Capital Partners and Schusterman Family Investments, who joined existing investors, including Hanaco Venture Capital, Sistema.vc, World Trade Center Ventures, Blumberg Capital, Silvertech Ventures and the Alibaba Group. SQream has many significant clients in the telecom industry, including, among others: AIS, LG Uplus, Orange and Cellcom. With an estimated 30 million mobile subscribers and a growing base of 5G subscribers, the latest operator to sign a deal with SQream wanted its solution to enable it to improve the quality of its service, including minimizing system downtime, reducing network costs and creating custom service packages. "5G is something we were long waiting for and we are happy it is now being implemented. One of the big limitations in many sectors is the amount of effective data that can be streamed through the network and the resulting latency. These are two very significant bottlenecks that 5G helps solve," said Gal. "5G reduces latency from 80-100 milliseconds per bit of data to around 10 milliseconds. That is fast enough to make many new applications relevant. With data now being transferred in an effective manner, this opens up an entire world of applications that are beneficial at a commercial level and for the public’s overall welfare. This serves our company because our clients have now got far more data to contend with and it is a huge challenge to do so at the required speeds. We provide exactly what this market needs. This market is still young, but there is already a wide range of applications in use." According to leading research and advisory company Gartner, worldwide investment in 5G network infrastructure alone was set to grow by 89% in 2020 to $4.2 billion and to $6.8 billion in 2021. International Data Corporation (IDC) projects the number of 5G connections to grow from roughly 10 million in 2019 to 1.01 billion in 2023. IDC predicts that the amount of digital data generated from what it calls the Datasphere will grow from 33 ZB in 2018 to 175 ZB by 2025. "As far as we know we are the only company in the world that deals with data in this way. We are the only ones doing this effectively and we are serving really big clients, especially in the telecom industry which provides the infrastructure for 5G," explained Gal. "The business significance of 5G is phenomenal. This is one of the most significant revolutions. The real revolution will be in the different applications that are developed, with telecom companies being able to offer less latency which opens up the option for applications in the auto industry, digital health, banking, manufacturing, and others, that were previously not possible due to high latency." It’s predicted that by 2023, the efficiency and cost-effectiveness of smart factories will add between $1.5 trillion to $2.2 trillion to the global economy. Studies have shown that unplanned downtimes are costing industrial manufacturers around $50 billion each year, with equipment failures being the cause of 42% of these downtimes. Manufacturers who are able to rapidly analyze data from sensors and machines will be able to predict and prevent unwanted downtimes. "When I hear the different assessments on how much business 5G will create over the next five years they all seem very pessimistic to me," said Gal. "If people are talking about figures of around several trillion dollars they are completely missing the mark. This is going to be a tsunami of business, new employment opportunities and applications of which we have hardly seen the tip of the iceberg." SQream currently employs around 100 people and is in the process of recruiting dozens more. The coming year will be crucial to its continued growth and Gal is confident its future looks brighter than ever.

"We are currently a company that is in high demand, including when it comes to investors. The demand for our shares is currently very high due to what happened during the pandemic and also due to the fact that one of our competitors had a very successful IPO on Nasdaq. They don't know yet that we are competing with them as they are very big, but for us, Snowflake (current market cap of $79 billion) is a rival and we are seen as the next generation of Snowflake,” said Gal. “That is why we are receiving private equity, acquisition and IPO related proposals a lot earlier than we expected. We are, of course, considering everything. Part of all that is going on isn't real and we want to build a big company and want to really become a rival to Snowflake. We don't want to mess around and go crazy.

"We will probably complete a significant financial move in the coming year," added Gal. "I'm not sure what it will be yet, but it will be a lot earlier than we had thought. We believe we are at exactly the right place at the right time."