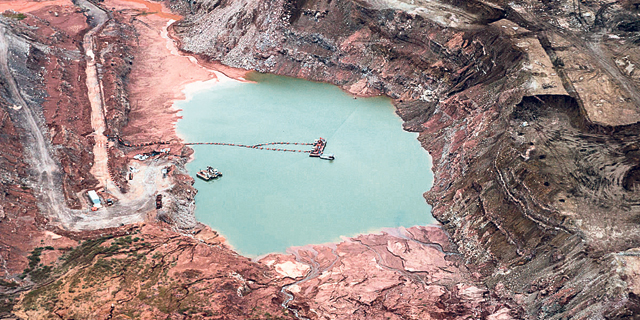 Israeli cyber and intelligence company Rayzone, part of whose secret activity was uncovered by Calcalist last week, provided cyber services to Jewish-British businessmen Moises and Mendi Gertner as part of their ongoing financial dispute with Israeli businessman Dan Gertler. The revelation was uncovered in documents submitted as part of arbitration proceedings that have been ongoing for years between the Gertner brothers and Gertler regarding profits, estimated at hundreds of millions of dollars, generated from mining rights of copper, cobalt, gold, and oil in Africa. The documents also showed that two people close to Gertler have tried to hire the services of Rayzone on his behalf. One of them is attorney Eles Dobronsky, who is linked to Member of Knesset Avigdor Liberman and has partnered with Gertler in several business ventures. Among the services discussed between the sides, according to the arbitration papers, was the use of cyber capabilities in the fields of communications and intelligence gathering. Ultimately, no deal was signed with Gertler. 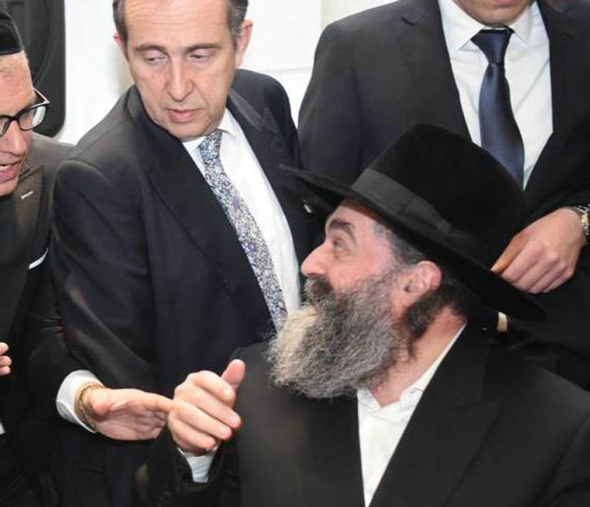 According to the company's official releases, Rayzone is a defensive and offensive cyber company that sells locating and tracking technologies to intelligence and investigation organizations across the world. As uncovered by Calcalist, the list of intelligence agencies, clandestine services, and internal security bodies that Rayzone has worked or negotiated with in the past hail from various countries, including Mexico, Singapore, the Philippines, Vietnam, and Greece. This is the first time that it has been revealed that Rayzone provides personal cyber services to private businesspeople as well.

The connection between Rayzone and the Gertner brothers, and the attempt by a person close to Gertler to hire the company, was disclosed in a testimony provided in December 2015 by strategist and PR advisor Zeev Feiner, as part of the arbitration proceedings. Feiner worked previously as a spokesperson at the Ministry of Defence where he met Yohai Bar Zakay Hasidoff, who would go on to own 20% of Rayzone. Bar Zakay served as the assistant to the Director General of the Ministry of Defence at the time, Pinhas Buchris. After leaving the ministry, Bar Zakay founded Rayzone with co-founders Eran Reshef, Matan Caspi, Ron Zilka, and Yaron Elrom. Rayzone's offices are located at the Toyota Tower in Tel Aviv, in which Feiner also rented offices after setting up his advisory company PMPR around the same time. There were several collaborations between Rayzone and Feiner when it came to clients, due to the previous acquittance between the two. For example, a person who was aware of the cooperation testified that when Rayzone worked with a security agency in a particular country and that same country was looking for a company with expertise in online campaigns, Bar Zakay would refer them to Feiner. Feiner, for his part, would refer his clients to Rayzone when they were in need of cyber services. 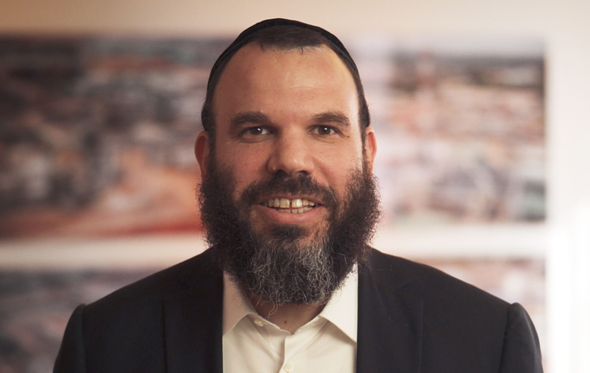 Feiner testified that in 2013 he renewed a previous acquaintance he had with Gertner, who he first met when he was a student in England while Gertner was a senior figure in the local Jewish community. "I was advising a foreign government at the time and I got to know an American businessman (Zev Furst, a political advisor who was close to former Israel President Shimon Peres, T.G., H.R.) who approached me and another guy who was working with me in the same country," Feiner testified before Judge Uri Goren. "He told me that the Gertner brothers are involved in a legal proceeding and asked that we help them, that we meet with them."

The company with which Finer cooperated, according to his testimony, was Rayzone, and the “other guy” was Bar Zakay. "I met Gertner in Israel," said Feiner. "He told me that a large number of documents was brought over as part of the arbitration proceedings with Dan Gertler. The source of these documents, in his opinion, was places that are located inside his office in London, and I'll not expand on that. The company with which I cooperated and because of which we were approached for deals in cyber defense, was Rayzone."

Shortly beforehand, a box of documents arrived at the office of Gertler's attorney. Gertler, who is represented by attorneys Boaz Ben Zur and Dori Klagsbald, wrote the following in October 2013 in an affidavit to Judge Goren. "At the end of last week, I was (anonymously) sent additional documents to the ones already revealed in the arbitration proceedings. These documents were sent to me from the office of James Levy in Gibraltar. I don't know who gave him the documents and I wasn't involved in acquiring them or providing them to attorney Levy." Feiner testified to Judge Goren that Rayzone was hired in order to determine whether computers belonging to the Gertners were hacked. "They checked Moises's office in London. I also accompanied them on one of the trips there... I know that they identified suspicious findings, I don't know to expand any more than that." The probe, according to people close to the Gertner brothers, revealed that a hack had taken place and email exchanges between Mendi and Moises had been stolen. It is unclear if there was any evidence as to who committed the suspected hack. The brothers claimed in a reply they filed to the court this Sunday that Gertler hired the services of business intelligence company Black Cube, and that they suspect that it was behind the hack. According to a reply submitted to the arbitrator for the brothers by attorneys Alex Hertman and Uriel Prinz of the S. Horowitz & Co. law firm and by attorney Ron Berkman, Gertler conducted against them "continuous surveillance, including through Black Cube; unlawfully took from them documents in secret ways (through physical means and technological means) and submitted them to the arbitrator as documents that supposedly 'landed' in his office; and also tried to harm them through the media, including in the foreign press." Black Cube first came to public awareness in 2017 when the New Yorker magazine revealed that now-disgraced Hollywood producer Harvey Weinstein contracted it to collect information on an actress accusing him of sexual misconduct. Black Cube has apologized for taking the Weinstein job, but the company has since been linked to several other controversial incidents, including the targeting of officials in the Obama administration, and, allegedly, of a member of The Citizen Lab. According to Feiner's testimony, this wasn't the only attempt to involve Rayzone in the dispute. Prior to the break-in of the offices of the Gertner brothers, a friend of Gertler and attorney Eles Dobronsky approached Rayzone in June 2013 in an attempt to hire their services on Gertler's behalf. "A man who presented himself as a friend of Gertler's approached Rayzone with a request to help him in the arbitration," said Feiner. "I took part in a meeting with him and he told many stories about the arbitration... When I was asked for my opinion, due to my partnerships with them, I told them that I oppose it. This was in June 2013. I wasn't yet in touch then with Gertner." When asked what exactly Rayzone was asked to do, Feiner said: "It was defined as strategic advising in order to aid in the arbitration. There was a need to map out these things and then operate any capabilities that are required, whether in communications, contacts, information, or data gathering." Dobronsky, who is close to Gertler, also approached Rayzone on the matter. "After the meeting, the guy from Rayzone (Yohai Bar Zakay, T.G. H.R.) told me that he has a meeting with attorney Doronsky who is sitting here in the room," said Feiner. "He asked me to join him. Dobronsky, I think, mainly wanted to inquire regarding the nature of my friend, to see if he is suitable to help in the arbitration. This was mainly an introductory meeting."

Feiner explained why he opposed to Rayzone working with Gertler. "I told my friends that in my opinion it isn't appropriate to aid in a matter like this. So they said okay, if you don't want us to help, offer them a very high estimate so that nothing comes of it. I presented the offer through my company because they said that 'if you want to drop it, then you be at the front'. I wrote up a very expensive offer with the goal being that they decline the service."

Feiner testified that despite the very costly quote, Gertler's people continued to chase Bar Zakay. "He evaded them. In the end, it dissipated. Nothing came of it." Rayzone told Calcalist in response to the report: "The company has a division which sells technological and cyber systems to governments alongside a cyber defense division which provides solutions and cyber defense services to many varied clients in Israel and across the world. We do not address the identity of our clients." Rayzone also claimed that it sells offensive cyber services only to governments and not to private individuals. Black Cube said in response: "These are false accusations. Black Cube always abides by the law in any country in which it operates and according to legal opinions from leading law firms across the world."