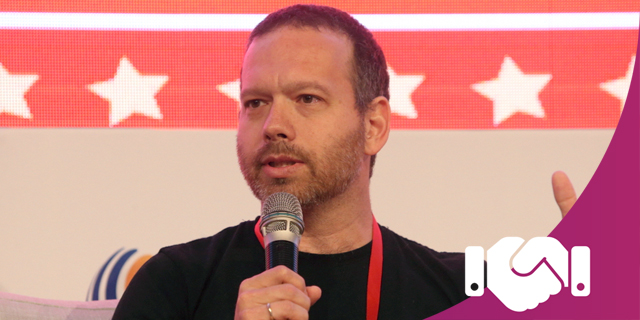 With over 3.5 billion downloads and over 110 million unique monthly users, CrazyLabs is a leading player in the hyper-casual space

Title: CEO and founder of CrazyLabs

Sagi Schliesser founded TabTale in 2010 as a platform to develop children’s games. The company has since changed its name and vertical, becoming CrazyLabs with a core business of developing hyper-casual games, as in small mobile games that make money off of advertisements.

There is nothing small about the money CrazyLabs is making, with Schliesser saying earlier this year that he expected his company to surpass $100 million in revenue in 2020. CrazyLabs has 250 employees, with the company’s headquarters in Israel, and additional offices being located in China, Macedonia, Bulgaria, and Germany. According to Schliesser, it has been profitable since 2012 and has raised a total of $13 million, with its last round coming more than seven years ago. With over 3.5 billion downloads and over 110 million unique monthly users, CrazyLabs is a leading player in the hyper-casual space, and also focuses on lifestyle, and licensed mobile games. Among the company's successful games are the likes of AMAZE!, Run Sausage Run, Light it Up, 2 for 2 and Coin Rush. According to the company, over the past four years, it has displayed above 50% growth year-on-year. Schliesser sees CrazyLabs as a prime example of Israel’s growing gaming industry and he believes the ecosystem is primed for a bright future. “At the end of the day, we are living in a country that relies extensively on people who left successful companies to launch or take part in the next generation of enterprises," Schliesser recently told Calcalist."We saw it happening before in the cybersecurity market. It used to be that a job applicant came in having studied computer science, business management, psychology, or even game development, and said ‘trust me, I’m a gamer,’ and I had no choice but to put my faith in them. Nowadays, there are people out there with five or six years of experience in the industry. That’s a real game-changer.”