Emergency response technology company Carbyne Ltd. announced on Thursday that it has raised $25 million in a Series B1 funding round led by Hanaco Ventures and ELSTED Capital Partners, with participation from former CIA Director General David Petraeus and all existing investors, including Founders Fund, FinTLV, and more. The latest funding round follows its series B financing in 2018 from Founders Fund and ELSTED Capital Partners. The new capital will fund the continued progress of Carbyne’s mission to enhance emergency communications and first responders’ efficiency. The investment will allow the company to drive its continued expansion and push forward future product development. Former Israeli Prime Minister Ehud Barak, who was previously the company’s chairman and one of its backers, has stepped down from his role but will continue on as an active investor. The company employs 100 people, 60 of them in Israel, and aims to expand its team throughout the year. It has raised a total of $53 million since it was founded in 2015 by Amir Elichai (CEO), Alex Dizengof (Technological lead), Yoni Yatsun (Head of development), and Lital Leshem (shareholder). 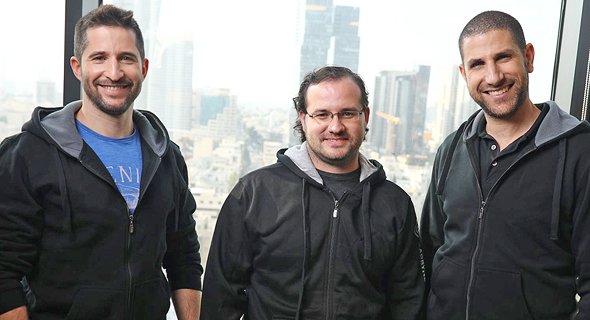 It took Carbyne several years to find its niche in the global emergency services market. In an interview with Calcalist, Elichai said “the big break came at the end of 2018 when we launched a product that could be installed on existing client systems via the cloud. Our collaboration with Google allowed us to deploy across Mexico.” “Governments turned to us when it emerged that our solution enabled them to measure the spread of the pandemic, identify its hotspots, and more, turning us into a key tool,” he said. The company’s technology has proven to be critical in 2020 more than ever before. Seeking innovative solutions to combat the unprecedented challenges of the past year, agencies turned to Carbyne’s innovation for support. While government projects can take years for completion, since March 2020, Carbyne deployed a new project every 10 days, resulting in annual recurring revenue growth of 350% in 2020 despite market challenges. It also signed strategic partnership agreements with powerhouses CentralSquare and Global Medical Response (GMR), extending its potential reach to nearly 90% of the United States market. Carbyne’s cloud-native emergency collaboration platform delivers real-time secure information between citizens, emergency centers, and state agencies. Its patented, secure omni-channel solution enables live video, images, chat, voice, VoIP, NLP, and content sharing between callers and emergency call centers without the need for installation on the user’s side.

Carbyne’s technology covers more than 400 million citizens, has streamed more than one million minutes of video to 911, and delivers over 155 million accurate location sessions a year, making it one of the world’s largest providers of rich data to emergency services.

Covid-19 spotlighted the vulnerabilities of traditional emergency services in terms of communications and data-sharing, pushing the federal government to look to industry innovators for what is now essential support. Just this month, U.S. House members approved a $1.5 trillion infrastructure bill that includes $12 billion in funding for next-generation 911 deployments. “Our patented technology and platforms answer the most pressing needs in a multi-billion dollar sector that witnesses tremendous growth year over year, and there is ample opportunity for growth in the years to come," Elichai said in a statement. “When Covid-19 first began, we saw governments were struggling with the ability to react to the volume of citizens’ unpredictable needs. We’ve realized we have to act fast. In less than one month we've released many powerful features to support worldwide clients. All deployed remotely. In addition, we’ve built our advisory board with industry experts, such as Former Secretaries of Homeland Security Kirstjen Nielsen and Michael Chertoff and Former FEMA Director, David Paulison as they support our ‘one-step-ahead approach’ to maximizing value for our clients.” “Carbyne delivers a truly critical capability to the public safety market,” observed General Petraeus. “The ability to create transparent emergency communications between citizens, emergency call centers, first responders, and state and local government entities will prove of enormous importance as it is integrated into emergency response systems and will certainly save lives and improve outcomes. What Carbyne provides will dramatically enhance communications in the moments that matter most.” “Our investment philosophy focuses on emerging platforms that deliver superior solutions, provide enhanced value, and allow for an improved public confidence and safety,” said Lior Prosor, General Partner of Hanaco Ventures. “Carbyne has been on our radar for quite some time because of its strong value proposition and impressive growth. It is led by an experienced founder and reputable team and has delivered a life-changing product to the market. We are pleased to be partnering with them in their next phase of growth.”