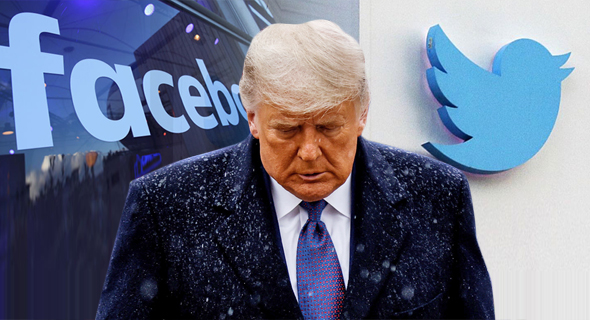 Trump’s social media silencing proves that market caps, not national borders, are what makes a superpower

The Capitol Hill riots reminded the tech giants of their responsibility to democratic values. It’s too bad that that’s what it took

In 1931 famed mobster Al Capone was convicted on five different charges and sentenced to 11 years in the high-security prison on Alcatraz. For many years, anyone with eyes in their head could see that Capone was involved in acts of murder, theft, running illegal gambling rings, sex trafficking, extortion, and bootlegging, but the charges he was eventually convicted of had to do with tax evasion. The discrepancy between the apparent reality and its legal or administrative expression raised significant questions regarding law enforcement’s ability to take action and the laws that limit the authorities’ ability to follow common sense and force them to adhere to strict rules in an effort to protect the public from the arbitrariness of the government, but in practice allow for continuous and overt public harm. Ninety years later and the year 2021 is opening with a challenge to the superpowers that rule the global social order. I’m not talking about the U.S., China, or Russia, but rather on the truly powerful players in the global power struggle - public corporations (whose shares are traded in the capital markets which is the only reason they are misleadingly named “public” even though they are actually controlled by a primary shareholder or a group of people with identical interests), who in fact wield more power than politicians or state authorities. For years, we have known that if Facebook was a country, it would be the most populated country in the world, that the market cap of corporations like Amazon, Google, or Apple places them among the top 10 world powers in terms of GDP, and that in general, the internet breached national borders and enabled the corporations to accumulate financial clout that supersedes the military clout possessed by governments.