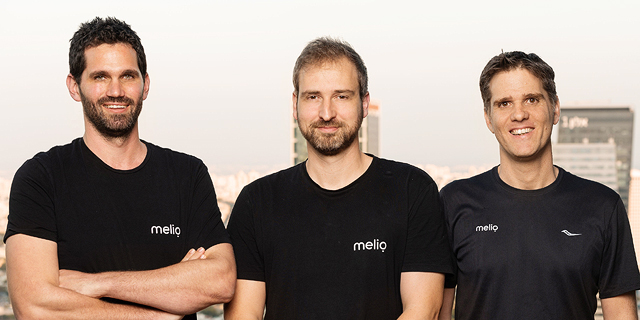 Israeli B2B payments company Melio has raised $256 million in the three years since its launch and $240 million of it in the past year alone. On Monday, the company announced another significant milestone, completing a $110 million financing round at a valuation of $1.335 billion, adding to the growing list of Israeli unicorns. The company’s valuation doubled in the most recent round, having raised its previous 2020 round at a $700 million valuation. Melio, which developed a simple technological solution enabling small businesses in the U.S. to digitally transfer payments to their suppliers, benefitted from perfect timing and a measure of luck. Its solution helped small businesses overcome the payment transfer challenges brought about by the Covid-19 pandemic and in fact provided a business lifeline to many of them. 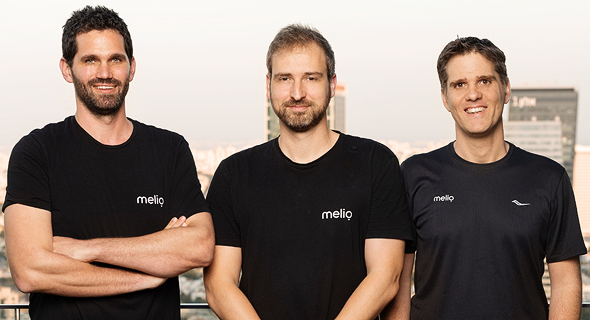 “We’re happy to be operating in the fintech space offering B2B payment solutions and helping companies make the transition to the digital world,” Melio CEO and co-founder Matan Bar told Calcalist. “We grew at an incredible pace over the past year. The capital we raised over the course of a year was what we were supposed to raise over three or four years.” Bar stressed that all the money that was raised went into the company and wasn’t used for shareholder buyouts. “It’s all equity. All the funds are being invested in the company, growing the R&D team in Israel and the marketing and sales team in the U.S.,” he said. The young company grew rapidly not only in terms of funding but also in terms of its team size. “Last January we were 35 people. Today we have 200 employees in Tel Aviv and New York. We aim to recruit 300 more people for both sites. We would be happy for it to be 400, but realize that’s likely not realistic,” Bar said. The recent financing round was led by Coatue Management, which had invested in Melio before as well as in a number of other prominent Israeli companies such as Rapyd and Gong. Investors from previous rounds include Accel, Aleph, Bessemer Venture Partners, Corner Ventures, General Catalyst, Latitude, and LocalGlobe. Salesforce and American Express Ventures.

In order to enable the simple user experience and the support of billions of dollars that pass through its system, Melio built a technological infrastructure that connects to various financial institutions including developing an algorithm to prevent the system from fraud. “We built an AWS of banks instead of servers,” said co-founder and CTO Ilan Atias. The company launched its product in May 2019 and has already processed billions of dollars in payments. It carries out a majority of the transfers for free, with its business model relying on charging a commission for premium services that help clients manage their cash flow. “We founded the company two-and-a-half years ago and launched our product a year-and-a-half ago and in that time have processed more than a billion dollars. Our investors tell us that we are the fastest growing payments company in the U.S., having grown by 2,000% this year. Our timing worked in our favor as companies were forced to transition to digital. In the U.S., a substantial number of small businesses pay their suppliers with checks. It’s a $14 trillion market but sending and receiving checks isn’t practical in a world of social distancing, so managing payments remotely became essential,” Bar said. “We are a money transfer system, all payments to suppliers are made through our system and we also help to defer payments and receive money without the need for credit or factoring. In the U.S., most businesses don’t accept credit cards, only checks or bank transfers. We enabled businesses to pay using credit and transfer the money to the supplier in a separate payment. For transactions like that, we charge a 2.9% commission from the payer,” Bar said. “Most of our competitors charge a monthly payment. We are a free product, but when businesses require cash flow assistance, we charge a commission which is great for small businesses who don’t want to pay hundreds of dollars a month in recurring fees. There are all sorts of successful companies, like Tipalti, that charge a monthly fee. They support businesses that manage tens of thousands of transactions a month and offer automation that saves time. But the owner of a small wine store who makes relatively few payments doesn’t care about automation. The different sort of client dictates a different business model.” Melio will use the capital it raised to expand its team. The company currently employs 200 people, split roughly evenly between the Tel Aviv and New York offices. It plans to recruit 300 more people this year, mostly in Israel. The money will also be used to expand its marketing and sales efforts in the U.S. The company was founded in 2018 by Bar, Atias, and Ziv Paz, who serves as its COO. Bar is a serial fintech entrepreneur who sold his first startup, The Gifts Project, to eBay and ran a team of 100 people at PayPal Holdings Inc. that was responsible for P2P payments. Paz was a VP at the FIMI fund that specializes in mainly industrial mergers and acquisitions. Atias had previously worked at PrimeSense, which developed body motion sensors and was sold to Apple. Afterward, he went on to management positions at Outbrain and Windward. Addressing the challenge of building up a company amid the Covid-19 pandemic, Bar said that “while I may not have met all the new employees, I did speak to all of them. Having completed three funding rounds of this magnitude, an acquisition is not in the cards. I never spent much time thinking about the company’s valuation. I believed we would be big and I could never imagine something like Covid-19 happening, but I didn’t think we would become a unicorn so quickly. “