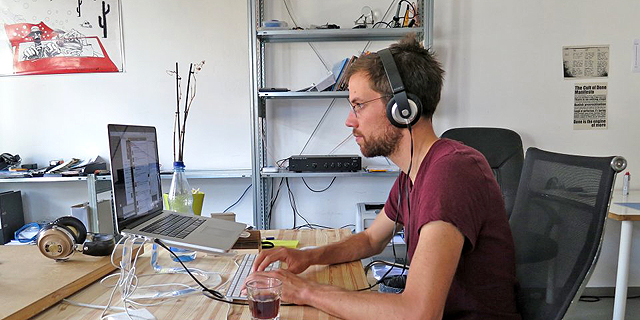 Company stability and the ability to work from home are foremost on software developers priorities when seeking a new position, and many are choosing to stay put

While the most sought-after employees in high tech typically switch companies every year and a half, for those who are looking for new employment opportunities during the pandemic, job security is the most crucial factor according to a survey of software developers with at least three years of experience who live in central Israel. The survey, which was conducted by Just Eat-Takeaway, the food service parent company of 10bis and survey company “Reality Check” found that job security and the possibility to work from home were the two most crucial factors for software developers in choosing a place of employment. Some 84% of those surveyed said that company stability, which in turn provides job security was the most important factor when looking for a job. Some of those surveyed even noted that finding a position that ensured job security was even more important than the salary. During a period filled with lockdowns and restrictions and great uncertainty about when it will all end, it isn’t surprising that 85% of those surveyed noted the importance of working from home had risen in their eyes. 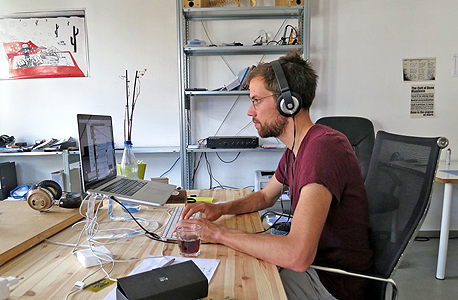 Developers prefer to work from home and have job security (illustrative). Photo: Flickr

Additional considerations were whether the company designs advanced technologies (39%), or that it creates important or interesting products (34%). In contrast, some 30% said that the importance of receiving workplace benefits often associated with the tech sector had declined as had the workplace’s location (40%). The Israeli tech sector employs 320,000 men and women and in the survey, which was conducted in December 2020, 57 software developers between the ages of 25-45 who have at least three years of experience in the field and live in the central Israel area were asked questions about the current high tech market. The survey sample is a representative statistical sample of the population of high tech workers within these parameters. The survey also found that motivation to look for a new job has significantly declined (56%) with the primary reason being that many don’t wish to begin working at a new job while working from home, without personally knowing the teams and the workplace dynamics, while giving up on their existing social ties at their current workplace. In addition, the instability of the general market has led many to remain in their existing positions. That said, for others the physical distance from their workplace during the months of the pandemic actually paved the way for them to leave their current workplace, since they realized that their connection to it and the teams had declined and the pandemic presented “a good opportunity to diversify,” as some put it. As for those who do choose to look for a new job, the process is easier in many ways. As some respondents said, “there’s more time for interviews while working from home, and you can do so discreetly without raising brows or harming your current position. In addition, the geographical distance isn’t a significant factor, since you can be interviewed from anywhere in the country, meaning that the entire interview process is much easier these days and you can even have several interviews from the comfort of your own home without wasting time on travel.” Even those who aren’t searching, are keeping tabs on the market In the tech sector, it’s customary for those who are content at their jobs to still be up to date and on recruiters’ radar. Despite that, most of the respondents (72%) answered that they aren’t looking for work, while some (51%) said that they are interested and are actively following companies who are looking to recruit people in their field, meaning that a quarter of those asked still browse wanted ads, although they aren’t actually looking for work. The most popular tools for finding a job were LinkedIn (94%), followed by placement companies (75%), and (70%) who relied on family and close friends for their search. The Just Eat-Takeaway R&D center conducted the survey in Tel Aviv as part of its expansion efforts and its attempts to better understand developers’ wants and needs.