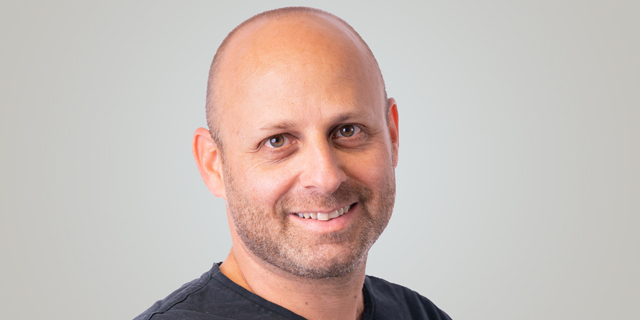 Gilad de Vries, SVP at content recommendations platform Outbrain, believes the public is losing faith in what it is reading on social media, pushing advertising dollars back towards traditional media websites

“The move of global commerce to online sales in 2020 is just the tip of the iceberg. The consumption habits of hundreds of millions of people have completely changed due to the Covid-19 crisis, creating a Big Bang that will result in trillions of dollars being shifted in the coming decade on the way to significant changes in the media and content landscape across the globe,” said Gilad de Vries, SVP, Corp Dev (M&A) and Strategy at Outbrain. “The Big Bang was in that entire communities that commercial companies had previously neglected suddenly became crazy target markets, in size as well as their purchasing power, after having to enter the online marketplace. Online shopping all of a sudden became a basic necessity for them and they now have the understanding and the ability to shop online. This is something that didn’t even exist a year ago,” de Vries told CTech.

According to de Vries, “this isn’t just your aunt that learned how to turn on a computer and order from the supermarket without leaving home. The discovery experience has undergone a revolution since the start of the crisis and has become an online experience. Most of the consumers, and not just the younger ones, have gotten used to buying online, and not just when they are looking for a specific product. They have, in fact, transferred online the experience of window shopping, or non-intentional discovery. This new phenomenon has massive implications on the types of products that will be offered to consumers online and on the way and timing that it happens.”

According to a report by media investment company GroupM, an historic milestone was registered during 2020 when for the first time more than 50% of advertising budgets across the world were directed to online campaigns. It is estimated that the figure will rise to 61% by the end of 2021. Technology has accelerated changes in the advertising market over the past decade like never before. 2020 completely changed the game, with an unprecedented evolution being crammed into a period of just a few months.

“In March, the entire advertising world was in deep shock and together with the rest of the economy lifted the handbrake on investments. Suddenly, traditional marketing channels with massive allocated advertising budgets were completely erased. TV consumption changed, as did radio consumption, as people were no longer driving to work. In addition, as people stopped commuting billboards were no longer effective. Sporting events were also canceled which meant that there was no longer any advertising in stadiums and arenas and no sponsorships of events or advertising in cinemas. Complete advertising channels disappeared overnight.

“And then something interesting happened. Towards the summer of 2020 many companies understood that a return to the previous routines wasn’t going to happen soon and in addition that people hadn’t stopped buying, only they had moved to buying online. As a consequence, many brands returned to the market around July-August and large budgets shifted to online campaigns. Marketing budgets of many brands were slashed - but the only channel that continued to work was digital,” explained de Vries.

De Vries noted that in the past many marketing managers differentiated between the branding advertising, which they allocated to traditional offline media like TV, radio and newspapers and the result-focus digital advertising which is used for harvesting. But as soon as all the traditional marketing channels had disappeared, they understood that they needed to do the branding part digitally too. This results in a significant change and the moving of branding budgets to digital, providing a huge boost also for video budgets as well as CTV and OTT budgets.

Another sector that took a big leap forward this year, but not necessarily only due to Covid-19 is native advertising, the sector in which Outbrain specializes and in which its recommendations platform operates. “Over the last year all the talk about fake news and Donald Trump’s campaigns have made social networks vulnerable when it comes to brands wanting to be involved with them. Native advertising, on the other hand, can do both. It can provide the exposure and safe surroundings that brands are comfortable being part of, while also bringing in users to the advertiser’s landing page and creating engagement with the user. Native’s ability to provide measurable and clear data was the main reason that we saw massive growth in the moving of budgets to native advertising and that can be seen in our business reports. Outbrain has experienced significant growth and momentum year on year and is profitable. The publishers we work with are also seeing the results as we share the income from native ads on their domains with them.”

“The growth in how much we read and watch is most pronounced in the evenings and nights of the weekend: we consume now on average almost double more articles during these hours than prior to the pandemic. During the week we increased our consumption of content by an average of 30%.”

On the one hand of the equation, this year saw sectors that were massive online investors like tourism being completely wiped out, while on the other hand, there were other sectors like mobile gaming applications that surged during the pandemic. “Traditionally game developers would advertise their games inside other games. We responded at Outbrain when we saw crazy demand for advertising from this sector just as other sectors were suspending advertising campaigns. We put out a product that recreates the native advertising experience with the option of seeing a demo of a few seconds of the game and the option to install it with a single click. The market responded to this really fast because we immediately saw hundreds of very big advertisers on mobile moving to native advertising. Essentially, an entirely new market of native advertisers was created after they had previously been in a world of their own. This world, by the way, is going to be problematic in the coming months because Apple is expected to limit in its next versions of iOS the ability to target certain audiences,” he explained.

De Vries said the pandemic eroded the public’s trust in information published on social media, and on the other hand, increased the trust in information coming from traditional media. This trend, together with brands’ fear that their products could end up being advertised next to violent and abusive user content, led many advertisers to transfer even bigger budgets away from Facebook and Google to traditional news and media websites. This has created a new situation, with greater budgets being directed to digital advertising, but being spread out over a wider range of channels, platforms and websites.

“When the Covid-19 dust settles we will discover a digital advertising industry that is more sophisticated and competitive, and which reaches more consumers via online platforms. Small businesses around the world will benefit from increased competition for their advertising budgets, as well as from more diverse options and optimization that will allow effective advertising at a minimal effort. The public will enjoy more diverse and stable media and content from content websites that will experience a business reality that allows for more steady business models and a reduced dependency on Facebook and Google,” de Vries concluded.