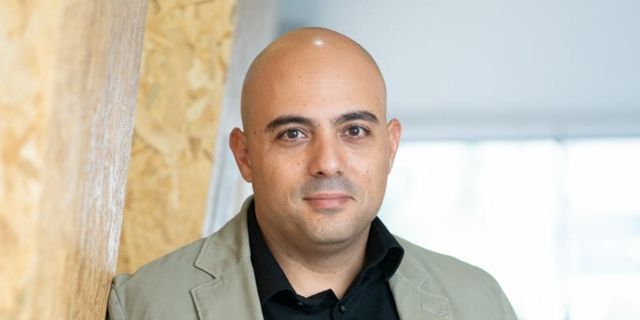 Tapping into an ocean of innovation: The economic interest for developing a new ecosystem on oceanic technologies

"The development of ocean technologies is doubly important for us – ecologically and economically," explains Or Haviv, Partner and Head of Ventures at Arieli Capital

Ocean is synonymous to an endless source on so many levels. Indeed, in the economic context, the ocean is also a major source of resources that has greatly developed in recent years and which presents extensive business-economic potential on all matters relating to technological innovation. The global economic value of the ocean is estimated at ~$24T. Studies demonstrate that the ocean is ranked seventh among the world’s ten leading economies, generating $2.5T of goods and services per year. However, despite the advantages of the ocean, we do not protect it and we over exploit it, causing habitat destruction and, most of all, pollution. Thus, where most of the ocean’s economic output relies on its “robustness and health”, it is very important to develop a new global ecosystem of startup companies and technological ventures that will enable the ocean to continue providing us a plethora of resources for many years to come.

It is now clear that the ocean provides solutions for many of the global challenges facing humanity, including the food supply to earth’s growing population, natural gas production, developing treatments and cures for diseases, solutions for coping with climate change and more. The economy that relies on the ocean includes longstanding industries, such as fishing, tourism, marine biotechnology, marine trading and more. A new ecosystem is currently developing alongside the ocean economy, aiming to develop technological innovation that will enable, for example, producing food from the sea – a huge industry gaining momentum and called “Protein of the Future”, in addition to technologies relating to sustainability, environmental quality, energy and deep sea energy and communication infrastructures, and more. Understanding that the matter is of major importance, a national committee was established in Israel to examine, inter alia, the global market of marine agriculture. The committee was headed by Prof. Mina Teicher of Bar Ilan University, former Ministry of Science Chief Scientist, who noted in her report to the Ministry of Finance that marine agriculture is the fastest growing field of agricultural production over the last three decades – over 10% per annum. As such, it is an attractive venue for investors. She adds that this development is derived of the understanding, in western countries, that fish are essential source of protein and residents must be able to obtain it, while the eastern nations reports a rapid growth in the purchasing power. Concurrently, natural fish populations have diminished and the ability to construct freshwater reservoirs on land has declined. Furthermore, since this market depends on scientific research and technological developments, it offers opportunities to invest in relevant technologies that will increase the inventory and efficiency of commercial fish production, including the construction of sophisticated and storm resistant cages that will enable cultivation of new and popular species whose reproduction mechanisms were not understood to date, will ensure fish health and retain the ecologic balance in the habitat. According to the forecasts, the ocean economy might grow significantly by 2030, reaching over $3T and employing almost 40M people around the world. In order for the ocean to be able to continue contributing to the world’s economy, the innovation industry must consider all of the problems and challenges requiring technological solutions. In practice, the Ocean Tech industry plays a major role in finding solutions for the many environmental challenges in order for it to continue having an economic significance. Global experts agree that technology plays an important role in promoting the field. Prof. Carol Engel of Virginia University, a water economics specialist attended the “Food from the Sea” conference at Haifa University organized by Prof Arik Diamant and Prof Muki Shpigel, several months ago. In her Speech she said that ocean utilization must rely on technological innovations that will guarantee economic significance along with sustainability. Other researchers noted that the marine environment is a lever for technological develops in a wide range of areas, including underwater sensory devices, autonomous marine vehicles for deep sea research, identifying and producing algae and other marine based substances for innovative uses in medicine, cosmetics, food supplements, fertilization, plastic substitutes and green energy. This progress is evident alongside recognition of the role that marine reserves have in protecting biodiversity and the marine robustness. Ocean technology is not new, but it seems that it has not yet generated attention or perhaps it was slightly ignored. Clearly, being a global interest, there must be an international collaborative venture between governments and investment bodies that will share information and together leverage the field. Recently, for example, China Merchants Group, the largest commercial institution in China, together with the Chinese government and in partnership with Arieli Capital announced the establishing of an Ocean Tech center in Sanya, China. The innovation center, with an investment of ~¥3.5B, will include a giant innovation center with an incubator for growing companies and an investment fund targeting ocean tech startup companies from Israel and around the world. The development of ocean technologies is doubly important for us – ecologically, fostering and protecting the environment, water sources and fish life around the world and economically – guaranteeing further growth of this immense market that contributes trillions of dollars to the world’s economy.

Or Haviv, Partner and Head of Ventures, Arieli Capital