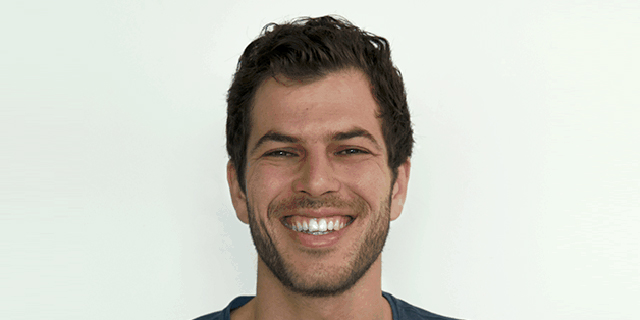 Israeli nonprofit aims to leverage the tech industry to give back to in-need communities through volunteering, offering technical courses and donating funds to other NGOs

Many people in the tech sector are looking to give back but don’t necessarily have the time to volunteer at organizations. That’s where Give&Tech founder Ron Weiner stepped into the picture. He had spent two years volunteering at a local animal shelter, but saw that aside from donating his time, the shelter needed financial support as well, and that’s how Give&Tech was born. Weiner decided to combine his two passions - working in the high tech industry as a data analyst and giving back to the community while also contributing to those who are less fortunate, by donating to a variety of NGOs. Give&Tech provides high tech courses for those in the sector looking to enrich their knowledge, and then donates the proceeds of those efforts to NGOs who need financial support, and offer a voice to an important cause that helps society, benefiting both sides.

“Give&Tech is entirely nonprofit and is focused on helping those in need or those who need assistance like animals. Our workforce is only made up of volunteers, and no one here is on a payroll,” Weiner told CTech. “We create and share knowledge in the high tech domain using our volunteers, who create courses, workshops, and mentoring programs which we sell under the current market value of similar products, and after donate the proceeds to NGOs,” he said. He relayed one program in which product managers created a Facebook group, which they opened up to the public and offered hands-on courses in product management. After the course ended, Give&Tech collected NIS 50,000 ($15,000) from the 54 participants, which it promptly donated to NGOs. “Since our founding in June 2019, we’ve collected and donated around NIS 250,000 ($75,700) to six different NGOs who have a focus on human and animal survival,” Weiner explained after analyzing their organizational structure, activities, benefits to the public, current financial statements, and how effective they were in communicating a positive message. Among those NGOs is a pet adoption service for stray dogs and cats (Rishon Loves Animals), one which assists millennials diagnosed with cancer (Mechubarim Plus), another two that support and help teenagers from troubled or impoverished backgrounds and provides them with housing (Tnufa Lhaim, Gesher El Hanoar), an additional group that helps victims of sexual assault and domestic violence who live in the remote regions of southern Israel (Maslan), and an organization that has created a positive social space that was built in an abandoned strip club (Social Space TLV). Weiner noted that NGOs can either apply or contact Give&Tech if they wish to receive support, but that high tech companies and the overall community in Israel must be encouraged to volunteer, take part, and assist the weaker points in society. “We’ve created a new way to volunteer, which is much more natural for someone like a product manager where they can offer courses in their field to others, and then we donate that money to an NGO entity that they wish to support,” he said. “We’re helping the professional tech community help itself, create money, which is then donated to these organizations for the better of society. This method is effective and scalable and opens up new opportunities for other people as well.”