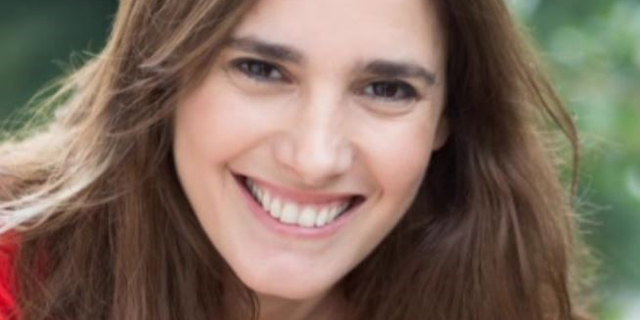 “Our deep understanding of AI has allowed us to make a really great breakthrough in this field,” says AIVF CEO Daniella Gilboa

An Israeli biotech startup has devised a method to test embryos in vitro in a noninvasive manner to detect possible genetic abnormalities by using a scanning device that is powered by artificial intelligence and uses a cleverly-constructed algorithm. AIVF’s technology addresses the growing need to examine whether an embryo is at risk for developing abnormalities without relying on traditional treatments which use a needle to collect a trace amount of cells via a biopsy. Often those tests, otherwise known as preimplantation genetic testing (PGT) may harm the embryo and their results are often unreliable, leading to the possibility of either reporting that an otherwise abnormal embryo is normal, or oftentimes that a healthy embryo is in fact abnormal and leading to harmful lab terminations.

AIVF’s technology draws on a much larger data sample - in contrast to analyzing a few cells obtained from a biopsy - and programs all that data into a screening process which is able to better assess whether an embryo is normal or not. The screening collects a variety of data - anything from the mother’s genetic sequence, to previous children born, to complete information on the actual embryo itself - to provide a much clearer picture with which to then make life-altering decisions. 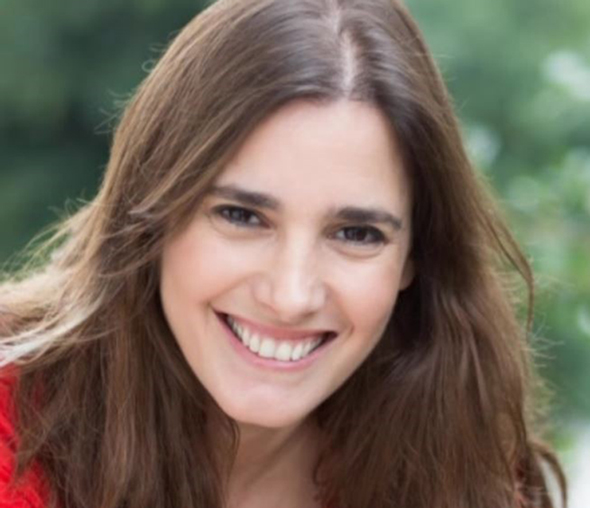 “Often PGT testing costs a lot of money, isn’t accurate enough, and has an alarmingly high rate or false positive or false negative results,” Daniella Gilboa, co-founder of AIVF told CTech. “Oftentimes embryos that are tested as ‘abnormal’ are discarded in a lab in the IVF process, and that is one of the biggest issues in these scientific procedures and it is highly divisive,” she said.

“It’s a really divisive topic for physicians as well,” she added. “By using PGT, only a few cells are biopsied and health professionals are only able to analyze a small sample of cells which were retrieved from the embryo via this procedure. Whether those cells can be generalized or representative of the entire embryo is unclear, and that’s where our product comes in. We utilize a huge data set, and are able to conduct a thorough and complete follow up.” In the test, more than 2,500 embryos with known chromosomal makeup are examined by using computer vision and deep neural networks. In current studies, time-lapse videos of 1,500 chromosomally normal and 1,000 chromosomally abnormal embryos were evaluated, which managed to successfully identify abnormal embryos in 73% of the cases. 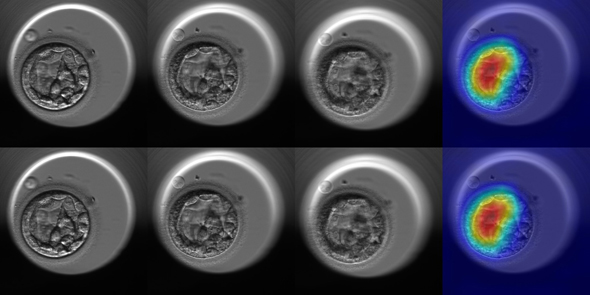 Some of the analyzed embryos in the test showincasing the results

“We correlate the embryo’s outcome from a lab report, and have designed an algorithm that scans the entire embryo, and finds features that coordinate with genetic abnormalities, which present a score of probability of this specific embryo being abnormal or not,” she said, and noted that the process doesn’t pose harm to the unborn embryo.

The clinical trial is currently being conducted in a health clinic based in Spain, IVI-RMA, which is world-renowned for providing domain expertise on these matters, while her team supplies the algorithm which gives an entirely new perspective on biological development. Currently, the product is one-of-a-kind, and is being tested for eventual use in hospitals and clinics in the U.S. and Europe, and later in Israel. Most IVF procedures in Israel are subsidized by the socialized healthcare system, while in the U.S. procedures of this type can cost up to $20,000. Typical PGT procedures also require a mother to wait for at least a month before yielding results on the embryo’s character, and allowing for embryonic transfer. “Our deep understanding of AI has allowed us to make a really great breakthrough in this field,” Gilboa concluded.

“AI technology can distinguish between euploid and aneuploid embryos by computer-vision in an objective and indirect way based on the embryo metabolic activity,” said Dr. Marcos Meseguer of IVIRMA who participated in the study, “our research reveals that euploid and aneuploid embryos are visually distinct, and could tell us more than current invasive methods without the cost and damage to the embryo that these incur.”

“AI assessment can provide an accurate and noninvasive evaluation of embryo quality and potential that will change our approach to IVF and improve outcomes,” Dr. Lee Shulman said, who was a partner to this study and is a professor of obstetrics and gynecology at Northwestern University.