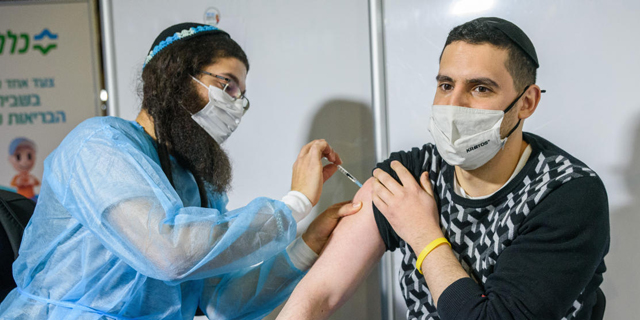 Thousands of Facebook users are leading an organized campaign against Covid-19 vaccinations with the aim of harming Israel’s national vaccination effort. The Ministry of Health has turned to police and Facebook management, which has already removed one of the anti-vaccine groups

A Facebook group named "No to a green passport" had spewed for several weeks a toxic combination of fake news and dangerous calls to action in relation to Covid-19 vaccinations. Even while the national vaccine program is in full throttle and millions of Israelis are responding to the calls to get vaccinated, this group amassed 14,000 followers and continues to spread lies about the vaccine. According to some reports, the group even encouraged its members to make appointments to be vaccinated and then not show up, preventing others from booking an appointment and forcing unused doses of vaccines to be discarded.

The Ministry of Health tracked this almost in real-time and took action, with Facebook eventually removing the group on Sunday. "We set up several months ago a fake news operations room which is composed of citizens that are tracking the net," Health Ministry Deputy Director Einav Shimron-Greenbaum told Calcalist. "We receive many approaches from various sources and when we identify something as fake news, for example, a forgery of the ministry's logo or the use of partial truths or data that isn't relevant to the matter, we go with those lies to the Ministry of Justice's cyber unit. They approach the relevant networks - Facebook, YouTube, Instagram or anywhere else where it appears, and request they remove it. We have had several pages removed that way. We identified the dangers of fake news early on and that is why we contacted the cyber unit, Facebook and all the other relevant bodies in advance." 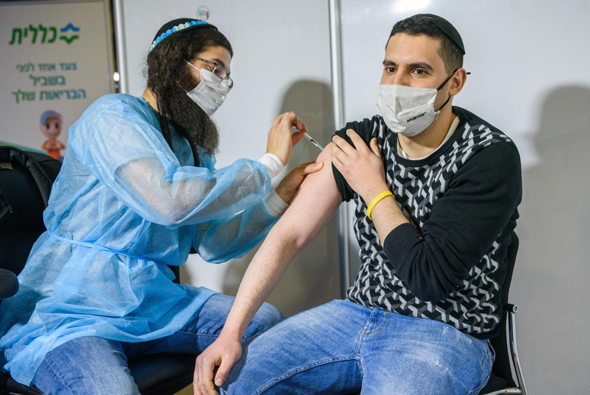 Shimron-Greenbaum said the ministry isn't just settling for addressing the matter with the major platforms. "There are also instances in which we approach the police."

"When it was reported that there are users that are publishing posts in which they spoke of how they made appointments and didn't show up so that vaccines get thrown out at the end of the day, we turned to the police and they began looking into it. We are a government ministry and we can only use the means of enforcement that we have at our disposal."

"Fake news affects behavior and can influence the decision of whether to be vaccinated or not," explained Karine Nahon, the elected president of the Israel Internet Association (ISOC-IL), an Associate Professor of Information Science in the Lauder School of Government and Ofer School of Communications at the Interdisciplinary Center at Herzliya (IDC), and an Affiliated Associate Professor in the Information School at University of Washington (UW). 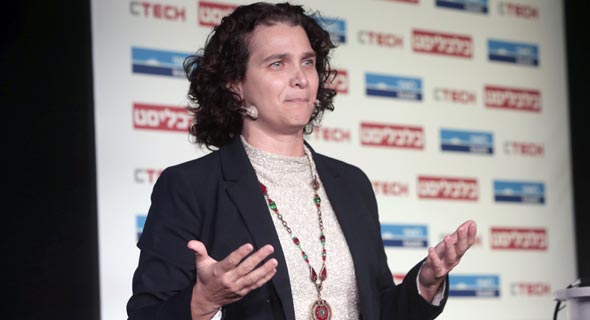 Karine Nahon, the elected president of the Israel Internet Association (ISOC-IL), an Associate Professor of Information Science in the Lauder School of Government and Ofer School of Communications at the Interdisciplinary Center at Herzliya (IDC). Photo: Tzvika Tishler

Shimron-Greenbaum said that the ministry is mainly targeting people who are unresolved about getting the vaccination. "Our target audience is the normative public that consults medical professionals. But they are unsure because they are hearing all the lies being spread by the anti-vaccine campaigners," she said. "The vaccine program in Israel is a remarkable success compared to the rest of the world. The vaccine was only offered to the 18-35 age group since this past Thursday, and I'm sure that they are influenced by the fake news. There is no doubt that they spend more time on social networks and are more exposed to the disinformation."

Facebook is also intensifying its actions against vaccine-related fake news, announcing on Monday that it will be taking stricter measures to crack down on misinformation about vaccines in general, as well as misleading posts related to Covid-19.

Nahon warned, however, that it is important not to take a too extreme approach when it comes to vaccine-related discussions. "People are not being allowed to express their opinion against vaccines. There are people who say that there isn't much information on what the vaccine does and that is true. The entire issue with pregnant women is that it is still unclear how they are affected by the vaccine and yet it is being offered to them. There is no mechanism in place to try and create a tolerant discussion in which people voice their opinions calmly and reasonably amid the onslaught of fake news and half-truths. Fake news ends up coming out on top and then you hear nothing else and there is no discourse."