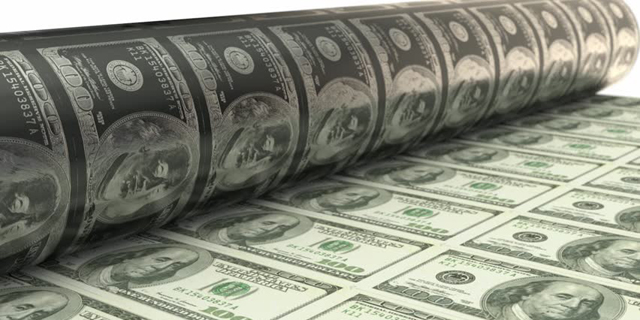 The announcement on Tuesday by Armis Inc. that it had raised a funding round at double the valuation it was sold at just a year ago is impressive, but it is far from unique. In fact, it is the tale of the times. According to figures revealed yesterday in a study by S-Cube and the Meitar law firm, the median value of Israeli companies in advanced stages (series D and later) has leaped by 70% in the past year. According to the study, if in 2019 investors paid $1.3 million for every 1% of shares in a late-stage startup, this year they are paying $2.2 million for the same equity. In the first 40 days of 2021 several Israeli companies have managed to complete funding rounds at valuations of more than a billion dollars, including DriveNets that raised $280 million at a $1.3 billion valuation; Melio that raised $110 million at a valuation of $1.3 billion; and Rapyd, which raised $400 million at a valuation of $2.5 billion.

On one hand, you can say that the Israeli tech sector is maturing and that experienced founders are not rushing to sell their companies at early stages out of a desire to build giant companies. However, the non-linear leaps in the figures cannot be ignored. Gidi Shalom Bendor, the founder of S-Cube described the phenomenon well saying: “The widespread printing of money in the U.S. as a result of the various government incentive programs since the outbreak of Covid-19 was expected to cause inflation, only this time the inflation isn’t being felt in the price of vegetables, but in the price of tech companies.” And indeed, the money being printed in the U.S. — nearly $3 trillion have been pumped into the market already and the Biden administration is expected to roll out a new capital injection — is bloating the valuation of companies in both the private and public markets. Members of the tech community can tell of companies that raised funding at a valuation of $10 million, only to conduct another round six months later, only this time at a valuation of $60 million. There were no substantive changes in the company’s business activity during that period, nor did it record a technological breakthrough. It is simply a matter of hyper-inflation.

Another indicator of that is the statistics that reveal that 91% of the funding rounds carried out in 2020 were uprounds, meaning they were raised at higher valuations than the previous round. In only 4% of the cases was the valuation lowered. The meaning of that figure is that in 91% of the companies the business was doing better than it had been the year before. That’s entirely possible in rosy conditions, but it doesn’t mesh with the constant statistic that says that 90% of startups fail and are either shut down or sold for less than what they managed to raise throughout their lifespan. If you combine those figures with the fact that 73% of the capital invested in Israeli tech companies in 2020 was from foreign sources, mostly from the U.S., you get solid proof that while Israeli tech companies are soaring, they are doing so thanks to the freshly printed money coming out of the U.S. This is of course good news for the Israeli economy that benefited from increased tech sector employment and exports, which to a large degree neutralized the economic effects of the Covid-19 pandemic, but we mustn’t forget that while we deservedly pat ourselves on the back, part of the sense of wealth that we’re experiencing is fake and may run out quickly once the U.S. printing presses are shut down.