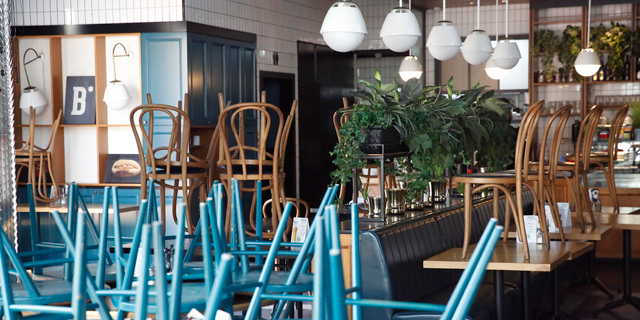 "We want to open gradually, carefully so we don't have another breakout of another wave, and another lockdown," says Covid-19 czar

Israel plans to reopen restaurants around March 9 as part of its gradual return to normality as a Covid-19 vaccination campaign gathers pace, an official said on Sunday. With more than 41% of Israelis having received at least one shot of Pfizer Inc's vaccine, Israel plans to partially reopen hotels and gyms on Feb. 23 to those deemed fully inoculated, or immune after recovering from Covid-19.

Restaurants in Israel have been shut down for months due to Covid-19 restrictions. Photo: AP

Nachman Ash, the national pandemic-response coordinator, said the reopening of hotel dining rooms, restaurants and cafes would follow two weeks later. "That would be around March 9," he told Ynet TV. "We want to open gradually, carefully so we don't have another breakout of another wave, and another lockdown." Israel began emerging from its third lockdown last week. The country is on course to fully inoculate 30% of its 9 million population with the two-dose vaccine regimen this month, a benchmark for a preliminary easing of curbs. It hopes for 50% coverage and a wider reopening next month. The vaccine campaign is a centrepiece of Prime Minister Benjamin Netanyahu's bid to win a fifth term in a March 23 election.