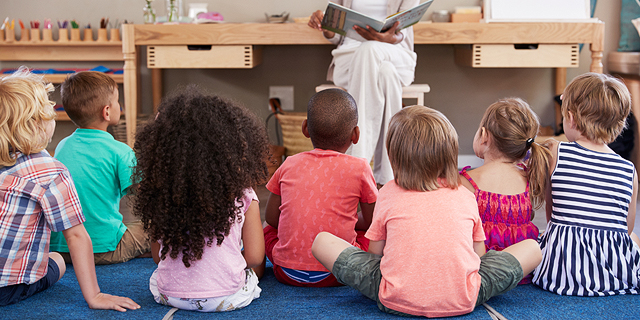 When telling your company’s story, make sure to start at the beginning

You know how when you want to tell a story about a distant relative, you have to set it up? You say something along the lines of: ‘So my dad has a brother, right? He’s married to this woman. She also has a bother who has a son, ok? So let me tell you something about him…’ Now while it may sound more polished to say ‘let me tell you about my dad’s brother’s nephew,’ the truth is that by laying it out the first way, though perhaps not as elegant, offers the listener a step by step mental image of the family tree and ensures you are on the same page. Four years ago I spent a weekend in Silicon Valley between a series of meetings. Even though I was living in New York at the time and my family was in Israel, so I’d be spending the weekend alone in any case, the solitary time in a strange city left me feeling depressed and discouraged. A friend of mine who lived in the area invited me to go with her to a pool party hosted by one of the Valley’s most well-known investors. After weighing the pros and cons of going to the party relative to sitting alone and staring at my phone waiting for the time to pass, I decided to muster up a measure of positivity and join her. We were the only ones who didn’t roll up to the estate in a Tesla, Ferrari, or Mercedes, and while wandering through the endless array of catering options and staring at the pool full of founders and investors who mingled amongst themselves holding beverages and conducting small talk, all, aside from me, appearing to belong and be having fun, I realized that I may have been too quick to rule out a day of solitude and self-pity in my hotel room. After a few hours, with me being dependent on my friend for a ride back, a smiling stranger approached me and tried to spark up a conversation. Fairly quickly he asked me what I do and when I automatically answered that “I am the founder and CEO of a company named Playbuzz that developed an online platform for the creation of interactive content for content producers and global brands, that increases the virality of the content as well as client retention and advertising revenue,” instead of responding with the usual ‘how nice, it sounds fascinating,’ he made a face and demanded additional clarifications. After a long series of questions and answers, and after he felt he truly understood what it is we did, he suggested to me an alternative way of answering the question the next time I was asked it. “You know how sometimes a post by a content website pops up on your Facebook or Twitter feed and instead of taking you to a page that’s cluttered with text, you get to a quiz, an interactive article, or another form of visual and easily digestible material? Well, the company I founded developed the platform that enabled the websites to make and distribute the content,” was his suggestion. I looked at him in surprise, but had to admit that he was right. It’s a lot easier to understand something when you start from the beginning and not from the end. My new acquaintance also volunteered to analyze the reasons for me. “When you tell a story, you’re asking your listener to go on a journey with you. You want to describe a complex process to them, one that requires that they follow a series of details and the logical or causal relations between them. You’re actually asking them to carry out many actions in their heads while they listen to you, and if they lose your train of thought, even for a moment, you may never get them back. Meanwhile, if you start the story off with something simple and familiar, you’re already bringing them one step closer to the goal. Then another, then another. In between, you also have a chance to see if they are following you or need more clarifications.” 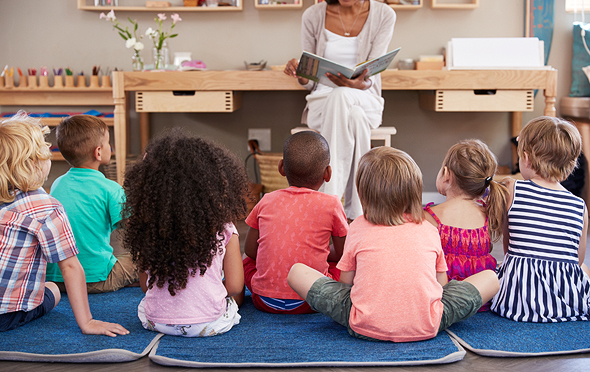 It's always important to make sure you're listeners are on the same page as you. Photo: Shutterstock

I ended up spending the rest of the party in the pool along with all the other guests who all of a sudden seemed less hypocritical and condescending, and whenever I was asked what I do (people at these types of parties tend to be there for the networking) I started my answer by asking them “You know how sometimes a post by a content website pops up on your Facebook or Twitter feed... “ Ever since that encounter, I’ve often noticed instances when I, or people I speak to, want to relay a message and selfishly start at the end, instead of the beginning. Note how often in business presentations, for example, start without providing a precise explanation of its subject. They start with a series of arguments and assume the audience will be able to figure out where they are headed. In addition, people often tend to start off a presentation with a general headline that sounds good but doesn’t focus on the subject at hand. I recall a meeting with two team members at Playbuzz who wanted to present me with options for prioritizing the product characteristics for the upcoming year. They titled the presentation “A product roadmap for the upcoming year,” and only after 15 minutes in which I experienced bitter frustration at the presentation’s poor quality, my team member’s lack of focus, and the gloomy future of a product that lacks a guiding hand, did I realize that the reason for my foreboding was that the presentation’s title was misnamed. What I was presented with was a series of thoughts about possible product development avenues, with the presentation’s goal actually being that I direct them where I think they should head, and based on that, they would create the roadmap. However, since the opening slide did not do a good job of explaining that, I thought I was being presented with a final plan and got stressed when I saw that it was so unfocused and flimsy. It was a misunderstanding that everyone experiences occasionally and which was the result of the same principle that had me describing my company from the end instead of the beginning — I forgot that the people listening to me hadn’t experienced the same journey I had gone through and that it was up to me to start at the beginning and take the listener step by step to the desired goal, without expecting them to fill in all the gaps by themselves. Several years have gone by since that party. The water in the pool of the fancy Silicon Valley mansion has been replaced, Playbuzz’s product has undergone many additions and changes and I myself have left the company to start a new one. Every chance I have to meet new people (the past year maybe didn’t provide a chance to wade in any pools, but I did meet a lot of new people) I make sure to remember that if I want the person I’m talking with to join me on a journey, I have to start at the beginning and hold their hand along the way. In a few months, our new product will be ready, and who knows, maybe one day it will be so well known that I won’t have to explain it, but until then — and in order to reach that point — I make a point out of abiding by the simple rule that may make my story sound less polished, but a lot clearer. And I promise you that a moment before our product is launched, I’ll tell you what it is supposed to do. In the meantime, I’ll practice explaining it in such a way that can be clearly understood.