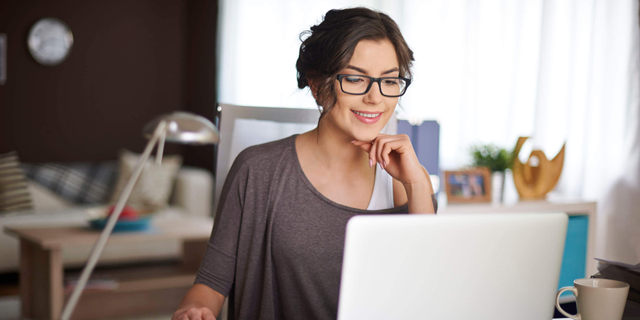 Israel is failing on the working from home front

According to Israeli labor figures, not all the Israelis that could be working from home are doing so, exacerbating negative employment trends

Israel ranks second among OECD countries in terms of employees’ ability to work from home, with 47% of the workforce technically capable of working remotely. It is second only to Luxembourg, where more than 50% are employed in jobs that can accommodate remote work, and is far ahead of the average developed countries, which stands at 38%. According to figures compiled by the Israeli Ministry of Labor and Social Services, Israel precedes Switzerland which is in third place, Sweden in fourth, the United States in tenth, and France in 16th place. 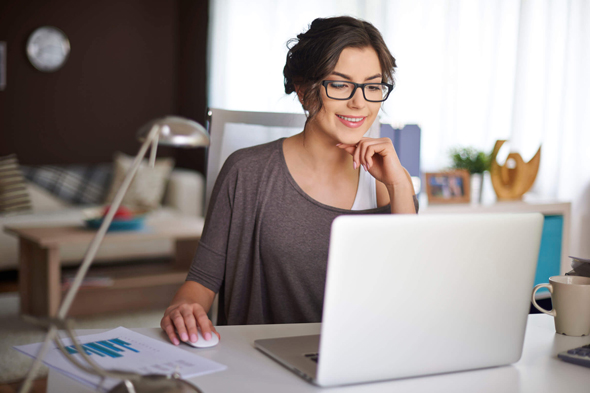 Israel was ranked second as the list of top OECD countries who allow employees to work remotely. Photo: Shutterstock

A possible explanation for the figures is that in Israel the proportion of those who work in education, high tech, and manufacturing— fields in which remote work is possible— is above average. In contrast, there is a below-average number of workers in the retail, agriculture, and cleaning services industries where remote work is not possible. The ministry noted that even when taking into account the fact that preschools teachers and only 50% of those in elementary schools can work remotely — Israel would still remain in second place at 45%. Despite the relatively large potential for people to work from home, a Central Bureau of Statistics report found that during the second lockdown, which lasted throughout September-October 2020, only 27% of employees actually did so, meaning 40% of the potential was wasted. One possible explanation is that employers preferred that people in clerical or other administrative positions be present in offices, even though their work could have been done from home. Another explanation was that people simply lacked the necessary equipment to allow them to. Twenty four percent of Arabs citizens and 63% of the ultra-Orthodox simply don’t own computers or have access to the internet, which working remotely requires.

Moti Elisha, Manager of the ministry’s Labor Branch said that its most significant objective is to promote legislation whereby the transition to working remotely will be part of an agreement between employer and employee. This will ensure that employees will be reimbursed for any additional expenses that working remotely entails.

The Labor Branch is responsible for integrating special communities into the workforce in line with meeting the government’s targets for the employment sector. Despite accomplishments over the past years, the pandemic all but obliterated several of these, and shows that Israel is, in fact, going backwards. The analysis shows that the market’s overall situation between the first lockdown and the second - in the period between July-August - was the best when it seemed as if the economy would reopen. Therefore, this fact must be examined in order to understand the extent of damage inflicted upon the workforce. The report compares 2019 figures to those from August 2020. The workforce of the future is approaching Arab men were the population group most negatively impacted by the pandemic, with employment figures in that sector falling from 76% in 2019 to 66% in 2020. As a result they are lagging by 12% behind the government’s target of having 76% of the Arab sector employed in some capacity. Arab men are mainly concentrated in the construction sector as well as the transportation industry, and aren’t able to work remotely. A particularly concerning fact is that half of the decline in Arab men’s participation in the workforce happened even prior to the pandemic’s outbreak. Roni Schnetzer, who manages the ministry’s Strategic and Policy Planning branch explained the decline saying, “the workforce of the future is rapidly approaching, and the pandemic merely expedited the trend.” The two main population groups that have the ministry worried are ultra-Orthodox men and Arab women. The employment rate among ultra-Orthodox men dropped from 52% in 2019 to 48% in August 2020. If prior to the pandemic, that figure was 11% below the government’s target of 63%, it is now lagging behind by 15%. In contrast to ultra-Orthodox men whose employment statistics have remained pretty stagnant over the past few years, Arab women were actually faring better - climbing to a 37% employment rate in 2019, before dropping back down to 33% in 2020. The report revealed that even the group that leads in participation in the workforce - non-ultra-Orthodox Jewish men - experienced a drop from 88% in 2019 to 82% in August 2020, and is below the government’s target of 83%. Non-ultra-Orthodox Jewish women in the workforce dropped from 84% in 2019 to 80% in 2020, 3% below the government’s target. Repairing this economic damage will take years.