Last year, the division made less than $1 billion and was considered unprofitable. IBM’s new CEO Arvind Krishna, has decided to put the focus back on more traditional areas like enterprise computing and the cloud, and anything unrelated is in danger of shutting down

Computing giant IBM is looking to get rid of Watson Health, the healthcare component of its interactive artificial intelligence platform that answers human-posed questions in a fraction of a second, according to a weekend report by the Wall Street Journal. According to sources familiar with the goings-on at the company, IBM is trying to cut back some of its business endeavors in order to be more profitable. Watson Health reportedly made less than $1 billion last year and is considered unprofitable. The health division was designed to provide data analytics services to hospitals, as well as insurance and pharmaceutical companies. However, the division didn’t succeed in making major breakthroughs, despite the fact that Watson gained widespread exposure over the past ten years. Named after the company’s founder and first CEO, Thomas J. Watson, the AI was first exposed to the public when it appeared as a participant on a televised trivia gameshow in 2011, in which it beat the human participants. 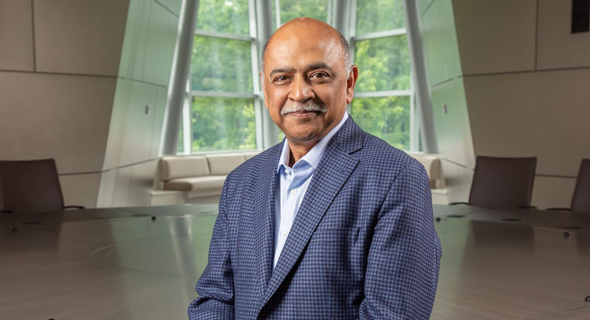 IBM’s history with AI dates back to the 90’s, and gained fame when Big Blue, one of the system’s earlier versions, beat worldwide chess grandmaster Gary Kasparov. After Watson’s launch, the company promised that it would be able to conduct more creative undertakings aside from calculating millions of moves across a chessboard. Watson began writing recipes, predicting weather forecasts, and assisting medical professionals in diagnosing patients. But that was only for the sake of public relations. In reality, IBM wanted to assist companies and health organizations manage their information and aid them with their research. However, doctors weren’t too enthusiastic about using Watson to diagnose patients after discovering that the system also makes mistakes. Moreover, tech companies tend not to understand the operations of various types of health organizations and the different regulatory bodies which oversee their actions. Watson Health was one of IBM’s main moves in the field of AI and was designed to be an important growth engine for the company. But that didn’t work out as planned. For a company that generated $100 billion in annual revenues at the beginning of the decade, last year it generated “only” $73 billion. Its new CEO, Arvind Krishna, is trying to stop the bleeding and focus on the company’s more traditional areas of expertise, such as enterprise computing. Its primary focus is on the cloud, and anything unrelated is set to either be sold or shut down. The first indication of that was the move to issue its IT Services Division as an independent company. Currently, reports say that Watson will go the same route.

Nevertheless, Watson’s relative failure in the field of healthcare isn’t exclusive to IBM. Google still hasn’t managed to turn its AI tech division, DeepMind, into a profitable business in the field of healthcare either, despite all the predictions that it will. According to experts and academics, the main problem is the tendency of these companies to exaggerate their systems’ capabilities. In that regard, IBM bragged in the past that Watson could help cure cancer using the extensive database that it wields. As proven by the extensive Covid-19 vaccine campaign across Israel, data is the basis of qualitative medical research. However, if those systems that are designed to analyze data don’t fit the demands of health organizations then the chance they will be adopted is minimal, no matter how sophisticated or impressive they are. The rampant problems involved in collecting and analyzing health data under different medical data privacy laws are most likely responsible for the fact that Watson won’t be the AI doctor that everyone believed it would. Now, all that’s left for IBM to do is to choose to sell it to one of its investors, make it a public spinoff company, or simply shut it down.