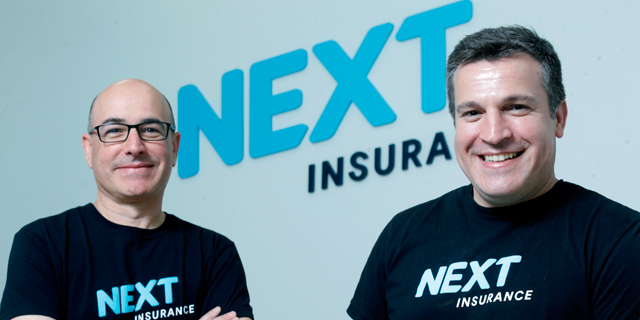 The Israeli insurtech company is currently conducting a roadshow for investors in the U.S. and is aiming to raise at least $250 million

Just five months after raising $250 million at a $2 billion valuation, Israeli insurtech company Next Insurance is working on another funding round, this time at a valuation of $4 billion, a person familiar with the move told Calcalist under the condition of anonymity.

Unlike fellow Israeli-founded insurtech leaders Lemonade and Hippo, who both chose to go public, Next is opting for private funding at this time. The company is hoping to use the new funds in order to expand via acquisitions and only go public at a later stage after it has continued to grow and increased its value further.

Next is currently conducting a roadshow for investors in the U.S. and is aiming to raise at least $250 million. Should there be high demand, the funding round could even reach $400-500 million. Next is aiming to recruit new institutional investors and will also approach its current shareholders with an offer to increase their investment. Assuming the round’s goals are met, the investors in Next's previous round, in September of last year, will have achieved a 100% return on their investment in less than six months. CapitalG, the independent growth fund of Google’s parent company Alphabet Inc., led the series D round which brought the company’s total funding raised to $631 million. The company’s valuation last September also represented a significant leap compared to a valuation of around $1 billion at the time of Next’s series C round in 2019. Additional participants in the previous round included insurtech-focused venture capital fund FinTLV, Israel’s Bank Hapoalim, Psagot Investment House, Japan’s MS&AD Insurance Group Holdings Inc., and existing investors German insurance company Munich Re Group and Group 11. Israeli insurer Migdal Insurance and Financial Holdings Ltd. invested $10 million in the round. Many of Next Insurance’s previous investors—including Redpoint Ventures, TLV Partners, Ribbit Capital, American Express Ventures, and Zeev Ventures—did not participate in the round. Next Insurance was founded in 2016 by Israeli entrepreneurs Nissim Tapiro, Guy Goldstein, and Alon Huri. Goldstein was among the co-founders of fintech startup Check Inc., which was acquired by software giant Intuit Inc. in 2014. Huri and Tapiro were both top executives at the company. In 2020, Next Insurance increased its headcount by 50% to 350 employees worldwide, 150 of them in Israel. The company said in September that it intends to hire 200 additional people within the subsequent 12-18 months for its offices in Palo Alto, California, Austin, Texas, and Kfar Saba in central Israel. Next Insurance has more than 100,000 customers in all 50 U.S. states. The company currently offers six types of insurance, including general liability, professional liability, commercial auto, and workers’ compensation coverage.