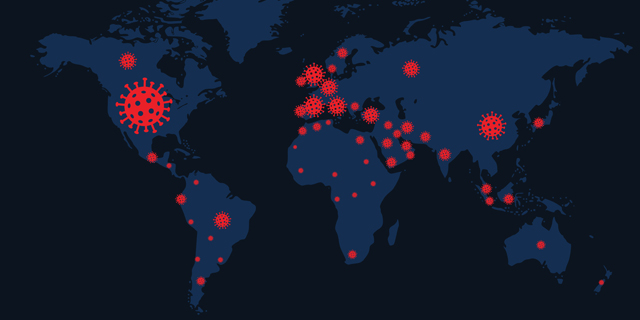 Individualism vs. Collectivism: How a country’s culture determined the severity of Covid-19

For almost one year, governments have been urging, convincing, begging, and at times forcing their citizens to stay home, abide by social distancing measures, and try to keep Covid-19 from overwhelming healthcare facilities around the world. While it is well documented that some countries have tackled the pandemic better than others, researchers at Israel’s IDC Herzliya and Yale University have found that the culture of a country’s citizens may be a leading factor in its success in battling Covid-19.

"Some countries suffer a devastatingly high Covid-19 related death toll while others are less affected,” explained Dr. Maarvi and Dr. Levy, researchers of the study titled, ‘‘The Tragedy of the Commons’: How Individualism and Collectivism Affected the Spread of the Covid-19 Pandemic’. “One cultural aspect that may explain the disparity in fatalities among different countries is the public cooperation and willingness to sacrifice to support the common good and adhere to health guidelines.” 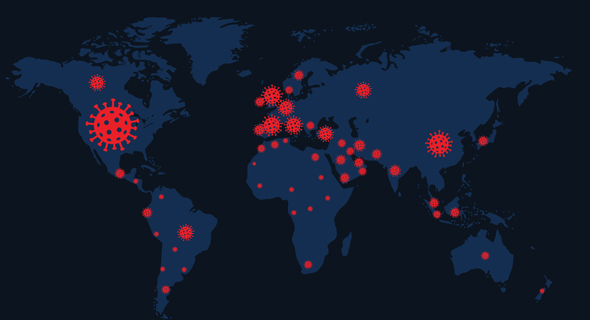 Examining the cultural response to Covid-19 is important when assessing the best practices in adopting a global strategy. Photo: Shutterstock

The relationship that individuals have with others and their roles within society is sometimes measured using Hofstede's individualism-collectivism scale. It takes into account qualities and traits such as Individualism, Uncertainty Avoidance, Indulgence, Masculinity, and Long Term Orientation.   In three studies, they examined the attitudes of Israelis and Americans, and the “degree to which individuals in a given culture see themselves as independent—vs. interdependent—of the society they live in.” In general, they found a correlation between individualism vs. collectivism, prevention measures at the personal level, and the relation between countries' individualism (vs. collectivism) and the mortality rate they suffered. “It is important to note that despite the overall trend we found, there may be country-specific differences in the underlying mechanisms that should be further explored,” they added. According to the research, which included data from 69 countries and the relationship between their culture and the impact of Covid-19, there is a clear correlation between the level of individualism within a country’s culture and the more Covid-19 cases and deaths that subsequently occurred. Dr. Maarvi and Dr. Levy also noted how the more individualistic participants were, the higher their chances of not adhering to epidemic prevention measures. The countries that rated high in individualism, with high mortality rates to match, included the United States, the U.K., and Belgium. In contrast, countries that recorded higher levels of collectivism such as Thailand, Singapore, and South Korea, all suffered much lower mortality levels from the virus. The consequences of individualism that are encouraged or supported by policy or media landscapes can have long-reaching impacts on pandemic adhesion, including abiding by mask-wearing mandates or social distancing measures. Israel, which originally saw one of the world’s best responses to the pandemic, struggled to contain its passionate and individual citizens more than once, resulting in weakened lockdowns to try and curb the second and third waves. Even though the country ranks in the midpoint of Hofstede's individualism-collectivism model that tracks individuals’ relationship with society, it seemed almost impossible to keep sporty and social Tel Avivians off the beach during the summer.

In the United States, a country whose citizens often describe themselves as the freest in the world and rank highest in the Hofstede Individualism chart, there is a constant struggle between those who wish to mandate mask-wearing and vaccinations at a federal level versus those who see it as an infringement on their God-given individual rights. Even within the country itself, different states can outline separate strategies on how to combat the virus, avoiding federal interference and serving constituents with ideologically diverse priorities.

Examining the specific cultural response to Covid-19 is important when assessing the best practices in adopting a global strategy. Since different citizens will likely favor different methods to combat the pandemic, a global policy may not be the best approach as the world opens up again. “Leaders should consider the unique culture of each country (or state) and its residents in formulating policies,” they said. “Thus, leaders in collectivist countries should emphasize these perceptions, while in countries where individualism is deeply rooted in the local culture, it may be better to highlight the individual's value resulting from compliance with health guidelines, rather than their contribution to the whole.” One area of tension nowadays is the vaccination rollout currently taking place around the world. While no country is mandating a forced vaccine, some countries are battling the ideological challenge of strongly advising that everyone gets vaccinated for ‘the greater good’ of the community. While Israel may have by far the highest percentage of its citizens vaccinated, there are still the remaining few who will need to be incentivized by free food or beverages. “While we see that there are individuals that refrain from being vaccinated, messages that speak to ones' responsibility toward the community might be more effective within collectivistic communities. Within individualistic societies, on the other hand, self-protection messages should be considered,” they advised. Dr. Yossi Maaravi is the Vice Dean of the Adelson School of Entrepreneurship at IDC, Herzliya. His research is based on behavioral decision-making, negotiation, entrepreneurship, and innovation. Dr. Aharon Levy is a social psychologist and interpersonal dynamic researcher, as well as a postdoctoral Associate at Yale Department of Psychology. Their research was published in February 2021 and is based on data collected in the first phase of Covid-19, dated in April 2020. In a follow-up preliminary examination conducted this month, similar correlations were found.