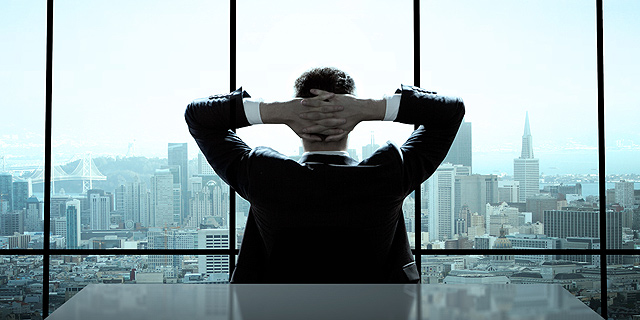 A CEO for all seasons

To claim responsibility for something means bringing it to the finish line. If you are a parent to a child, for example, you aren’t just responsible for the first year of their life, or until they hit puberty. Sometimes the finish line is clear and defined, and sometimes it is infinite. Parenting, for example, continues throughout life. A person doesn’t stop being a parent after his child has matured. However, your “job description” as a parent changes throughout the child’s life. In the early years you are a full-time bodyguard, in puberty you are a supervisor and special project manager and when they mature you are meant to serve as an advisor and mainly not interfere. As the child grows, they require less support and as a parent you need to learn about your new role and become accustomed to it accordingly.

When it comes to startups, there is usually an overlap between the role of the entrepreneur and CEO, meaning that the person who came up with the idea and set up the project is expected, similarly to the parenting example, to continue and take responsibility for the project throughout its lifespan. The role does change, with running a company with five employees that hasn’t yet launched a product being completely different from leading a public corporation with thousands of employees and offices around the world. However, the natural assumption is that the founder will also remain on as the leader. But that wasn’t always the case. 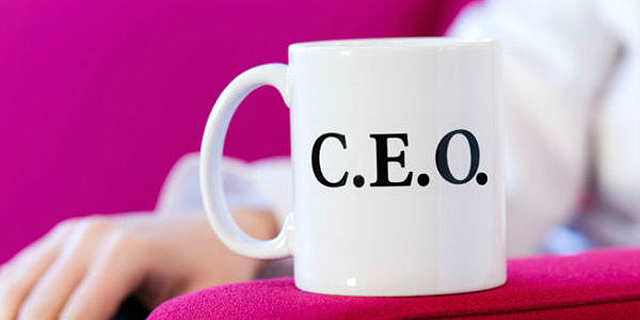 When I started off in the tech world, back at the end of the previous millenium, the dominant trend was that the entrepreneur steps aside after two or three years in favor of an external CEO. In the past I worked at an investment company and one of the details on the lists I had to compile on companies was whether the entrepreneur who is also serving as the CEO is aware of the fact that if the company grows he or she will need to move aside for an experienced CEO, usually hailing from the market the company is targeting, or in other words: an American CEO. Back then, there were also CEOs like Gil Shwed and Kobi Alexander who continued to lead the wonderful companies they founded, but the general rule was that we are seeking young, vigorous, and cheeky entrepreneurs to set up a project, and if the project takes off, the stage needs to be cleared for a professional who has already been there, is proficient at managing a mature and challenging company and can translate potential to commercial maturity. At some stage around 20 years ago, this trend changed. Probably because of statistics (have you noticed that investors really love numbers?) that showed a greater level of success for companies that are run by their founders. The sentiment of the investors changed and they started to ask themselves not whether the CEO is aware that they will need to step aside, but whether they have the skills and potential to continue and lead the company at later stages. Contributing to this change were much-publicized cases like the renaissance experienced by Apple after Steve Jobs had replaced his experienced replacements that brought the company to an existential crisis, and turned it into the world’s biggest corporation. There are successful examples of both instances, with Google recruiting experienced CEO Eric Schmidt to replace talented entrepreneur Larry Page and lead the company to an IPO and to global dominance. On the other hand, Page would return to serve as the CEO years later after developing and maturing. In this day and age, when investors decide to take a gamble on a startup, they want to see that the entrepreneur who founded it is also able to lead it in the long run. There is always the possibility that changes will be required, but at least the starting point needs to be based on the premise that there is someone that can be relied on in the long-term.

The skill set required from a CEO is so vast it is almost impossible. He needs to have a business, product and marketing vision, be a champion in interpersonal relations, an expert in finance, operations and law, someone who can close deals, is knowledgeable in technology and possess the characteristics of a leader. When you analyze the life of a company over time, this skill set needs to expand even further. To manage a small team requires a certain skill, while managing a network of teams of hundreds and thousands of people is a completely different task. Leading a market penetration strategy and establishing an initial product use case requires a certain skill and character orientation, while to set up sales teams in target markets and to adapt the business model to each market requires completely different skills.

Basically, the set of skills required to be a CEO at an early stage company is usually significantly different from what is expected from them at later stages, which raises the inevitable question: Is the entrepreneur who manages the company when it is founded necessarily the most-fitting person to run it at later stages? The answer, of course, isn’t unequivocal and depends very much on the specific person and the company’s circumstances.

From my experience, replacing the CEO is often done hastily and as a reaction to a management crisis, or some pressing circumstance, like an upcoming funding round. And when something is done rashly and under the pressure of time, there is a significant chance it won’t work out. Replacing the CEO is a landmark event in the life of a company that necessarily leads to an organizational change and an adaptation period. Managing this event requires a lot of attention and patience, and in light of its sensitivity, it is easy to make mistakes and create dissatisfaction and unnecessary internal storms. On the other hand, when you plan the event properly, it can also be accepted in a relatively natural way, especially when the new CEO arrives from inside the organization. That was my experience when I retired from Playbuzz, which I founded and led as CEO from day one before handing over the baton to my partner Tom. When I began thinking about retiring, I shared those thoughts with Tom and asked whether he'd be interested in replacing me should I hypothetically decide to leave. After much consideration, he told me that he would. When I approached our investors and shared with them my wish to leave, I also stressed that I’m not in any rush and that I won’t leave until we build together an orderly plan for executing the organizational change, and that I recommend that Tom replaces me. Only after we all talked, planned, and tried to estimate what would be the reactions and potential risks (for example, which managers might not want to continue at the company following the change), did we announce the move. And as it was all done out in the open, in an agreed manner while taking the necessary time and caring for all the details, the move was achieved relatively smoothly. Of course, there were some reactions of surprise, there were some people that chose to leave and there were those that were stressed by the organizational change. However, the fact that Tom knew the organization well and that everybody knew (and loved) him, made this change natural. It was also helped by the fact that despite my departure from the role of CEO, I continued to be involved in the company for a certain period so no one felt like they were being abandoned.

Ultimately, it is completely logical that there will be managers that are good and more suited to founding a company and that there will be those that are more fitting and better at running a big and mature organization. I don’t think that someone who founds a project needs to necessarily have the experience and skills to be a CEO of a corporation, and on the other hand, it is clear that many managers develop and grow over time and that their acquaintance with the organization and its culture provides them with a big advantage to run it at later stages. A good manager should know how to adapt and develop with their organization, but also to recognize when the time is right to transfer the responsibility to someone else. Whether this is because their character is less suited to managing at those stages, or because of other reasons like exhaustion or the recognition that the company needs refreshening.

A year after I left Playbuzz I founded a new company. I’m the CEO here as well, and my expectation (and that of others from me) is that I will continue to run it in the long run. After many years managing a bigger company, it is fun and refreshing to return to the starting line - build the initial team, start a product from scratch and so on. It is clear to everyone involved that I want and believe that I’m also capable of continuing to run the company after it grows, and it is also clear that if for some reason I won’t be the right person for the company in the situation that arises, we will have to find me a replacement. History has shown there are many examples of both instances. The key is not to latch on to a theoretical model and not to make a decision to replace or alternatively retain a CEO just because that is “how it’s done,” but out of a consideration and intelligent assessment of the company’s needs.