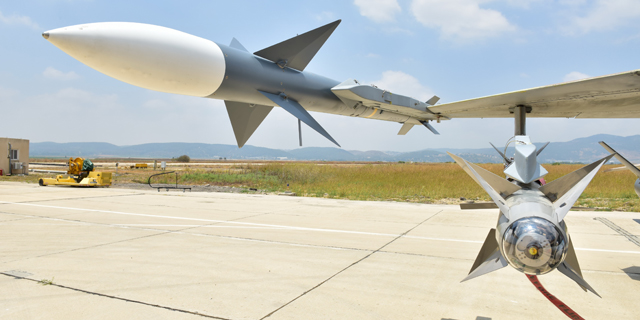 Rafael’s I-Derby ER missile has a dual-pulse rocket motor and an active radar seeker, providing combat aircraft with performance advantages both at short ranges or beyond visual range

Israeli defense contractor Rafael announced on Thursday that it has completed the development of the ground-based Air Defense version of the I-Derby ER (Extended Range) air-to-air missile. During the test series concluded earlier this week in southern Israel, Rafael performed a ground launch to test the missile’s command and control, navigation, and flight trajectory capabilities. "These tests serve as a significant milestone in I-Derby ER's development, which is the newest and most advanced of Rafael’s electromagnetic air-to-air missiles, and it marks the completion of the missile’s ground-version development," the company said. 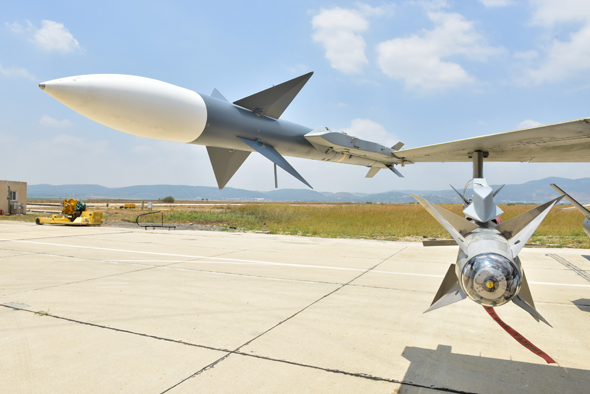 According to Brig. Gen. (Res.) Pini Yungman, EVP, Rafael’s head of air and missile defense systems division, the Air Defense version of the I-Derby ER has considerable interception advantages in air-to-air battles. "This week, we completed a series of tests in the development of the I-Derby missile in its latest version – ER – which allows for Beyond Visual Range (BVR) launches over 100 km," he said. "This is a key milestone in the development of a missile with some of the most advanced capabilities, giving it significant interception advantages in air-to-air battles, as well as ground-to-air air defense applications. These achievements provide significant air superiority to the fighter pilot or the air defense commander." Rafael’s I-Derby ER missile has a dual-pulse rocket motor and an active radar seeker, providing combat aircraft with performance advantages both at short ranges or beyond visual range. The missile has fire-and-forget capabilities, allowing the operator to tackle multiple targets simultaneously. The missile’s light weight allows it to be adapted to a variety of modern fighter jets, including the F-16, F-15, F-18, Gripen, LCA, Typhoon and more. The company said that the I-Derby ER Missile is identical in shape and size to the Derby missile currently in service worldwide, meaning it can be integrated almost immediately onto air defense batteries such as Rafael’s SPYDER system. Somewhat ironically, the I-Derby isn't in use by the Israeli military, with the IDF deciding around 20 years ago that it can't purchase the I-Derby as well as the new generation of air-to-air missile Python due to budget constraints. That actually made it easier for Rafael to receive approval to sell the I-Derby abroad and the sales of the system are believed to have earned the company income reaching $1 billion to date.