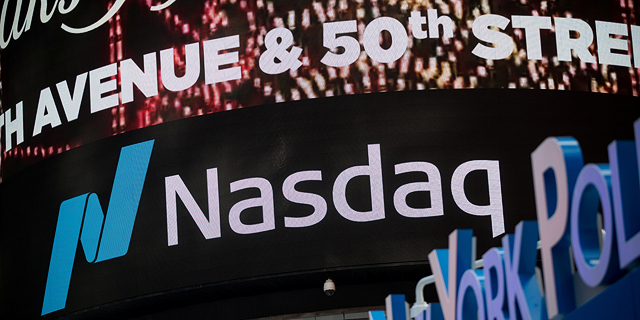 The company aims to raise $100 million in an April IPO, while Pontifax and OrbiMed who previously invested $21 million for a 12.5% stake in ForeBio’s shares are expected to make a $120 million profit

Israeli biotechnology company Fore Biotherapeutics is on its way to Wall Street. Calcalist has learned that the company is considering going public on Nasdaq and is aiming for a $500 million valuation. It plans to raise $100 million and has already selected several underwriters. The offering is expected to take place in April, some seven months after Fore completed a $57 million financing round at a valuation of $75 million. The round was led by the Israeli biotech fund Pontifax and Orbimed, who together invested $21 million to gain a 12.5% stake each in the company’s shares. That is in addition to the 1.5% stake each held prior to the round. After the IPO, if it is indeed conducted at the desired valuation, their shares will stand around $140 million, securing them a 6.6-fold return on investment on paper.

Fore Biotherapeutics will begin trading on the Nasdaq in April. Photo: Bloomberg

The next largest investor was healthcare investment fund, HBM Healthcare, which is traded on the Swiss Stock Exchange at a valuation of $2.6 billion. The fund invested $10 million in the recent round in exchange for a 10% shareholding stake in the company's shares, and will mark a double paper profit. The company’s other shareholders include Pharma Novartis’s investment fund, Cormorant Asset Management, and SR One Capital Management (the investment arm of the pharma company GSK), all of which participated in the company’s latest funding round and each holds a 7.5% stake in the company. Fore, which only a few months ago was called NovellusDX, is developing a drug that inhibits the mutation of the BRAF gene (which cause the BRAF protein to overactive and contribute to certain diseases, allowing cells to grow and divide repeatedly), which are active in cancer cells in the thyroid gland, and in glaucoma (brain and spinal cord cancers). The company’s name change comes after it appointed its new CEO Usama Malik, who formerly served as Chief Business Officer at Immunomedics Inc, another biotech company which was recently sold to Gilead Sciences for $21 billion. Fore raised $71 million since its founding in 2011, and while the market which it plans to enter its flagship drug into has yet to be examined, its size is estimated to be around $300-$500 million a year. The Jerusalem biotech company was founded as a diagnostic life sciences company by Haim Gil-ad and Yoram Altschuler, who along with their employees hold a 12% stake in the company’s shares. The company failed to reach its goals as a diagnostic company, and a year and a half ago its CEO was replaced and its activity focus pivoted to developing drugs. The company began looking into research and development options, and at the beginning of year obtained a license, allowing it to operate and develop its flagship drug. The company has obtained a license from the Japanese company, Plexxikon, to research the BRAC molecule. Plexxikon is the daughter company of the Japanese public pharmaceutical giant Daiichi Sankyo Company, in return for a 3%-3.5% on returns once the drug is released. Pontifax, which was founded in 2004, has founded six separate billion dollar funds alongside its debt fund that raised $150 million and its $250 million agritech fund. Its main investors in Israel are the Altshuler Shaham Investment House, and insurance companies Harel, Menorah Mivtachim, Phoenix, and Clal Insurance Enterprises Holdings Ltd. One of Pontifax’s prominent exits was Kite Pharma, which was founded by Dr. Arie Belldegrun, and was sold in 2017 to Gilead Sciences for $12 million. The fund’s investors returns stand at $130 million on a $3.8 million investment. An additional large exit made by the fund was the sale of Sikkim to Marc Life Sciences for $200 million in 2016.