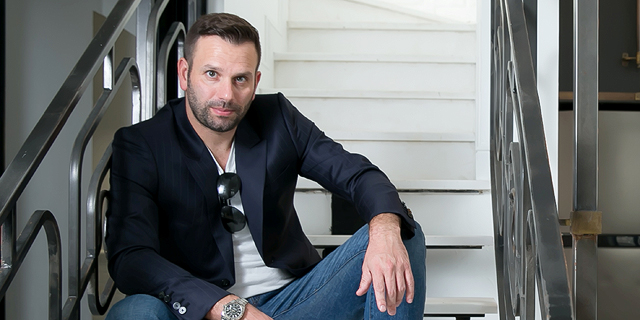 The SoftBank-backed company submitted a prospectus for its public offering, showing a 56% rise in revenues for 2020 compared to the previous year

Compass Real Estate, which was co-founded by Israeli Ori Allon, chairman and part-owner of the Hapoel Jerusalem basketball team, is on its way to the New York Stock Exchange.

The SoftBank-backed technology-based startup is considered to be one of the largest real estate agencies in the U.S. with over 19,000 agents around the country, has submitted a prospectus to the U.S. Securities and Exchange Commission ahead of its initial public offering. The prospectus revealed a 56% leap in its revenues in 2020, due to rising home prices.

The company was founded in New York in 2012 by Allon and Robert Reffkin, who serves as CEO and was formerly chief of staff to the president and CEO at Goldman Sachs. It solidified itself as a real estate company that uses technology to give agents an advantage over their competitors. The company used capital that it raised from venture capital funds to expand its operations through acquiring other small real estate companies across the U.S. Compass reported that its 2020 revenues climbed to $3.7 billion from $2.4 billion in 2019, although the company spent 82% of its revenues on sales and commissions, and “other expenses related to business deals.” In parallel, the company’s annual losses shrunk to $270.2 million from $388 million in 2019, and its cash balances shrunk by 20% to $440.1 million. So far, Compass has raised $1.5 billion from investors like Japanese SoftBank’s Vision Fund, and from the Canadian Pension Fund's investment arm. In the last fundraising round in 2019, the company raised $370 million which granted it a $6.4 billion valuation.