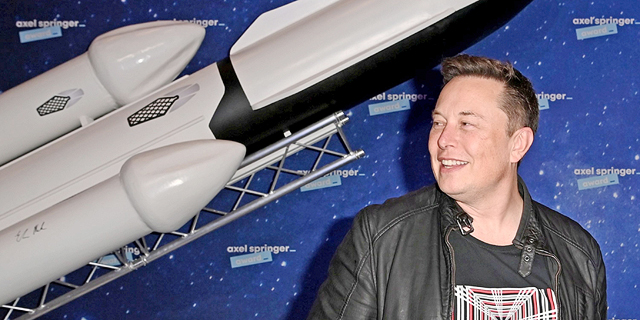 SpaceX’s Starlink satellite internet is touching down in Israel

The Starlink satellite communications service from Elon Musk’s SpaceX company is on its way to Israel, with the company recently updating its website with the news that the service is set to be made available in the country sometime in 2022.

Registration for the Starlink service is currently available to a limited number of users per coverage area. According to the website, orders will be fulfilled on a first-come, first-served basis, and registration requires a $99 deposit.

SpaceX has announced plans to launch up to 42,000 satellites in order to set up a space-based communications service. The company has so far launched around 1,000 satellites at a rate of 60 every two weeks, with another launch planned for later this week. In comparison, there are currently around 5,000 satellites in total orbiting Earth.

According to the company, "Starlink is ideally suited for areas of the globe where connectivity has typically been a challenge. Unbounded by traditional ground infrastructure, Starlink can deliver high-speed broadband internet to locations where access has been unreliable or completely unavailable."

The service is currently being run in Beta with several hundreds of users. SpaceX has previously estimated the cost of the project at $10 billion, with SpaceX founder Elon Musk tweeting in October of last year that “Once these satellites reach their target position, we will be able to roll out a fairly wide public beta in northern US & hopefully southern Canada. Other countries to follow as soon as we receive regulatory approval.”

Starlink is currently offering data speeds varying from 50Mb/s to 150Mb/s and latency from 20ms to 40ms in most locations, as well as requiring the installation of a $500 kit, meaning it is unlikely to appeal to the average Israeli client who pays in the region of NIS 120 (approximately $37) every month for an internet connection reaching speeds of 1000Mb/s.