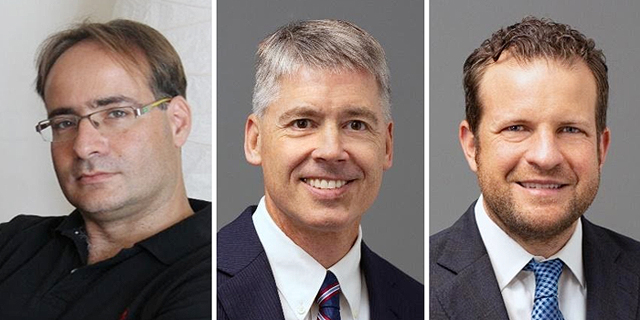 In 2020 alone, $25.6 billion were invested in 359 equity investment rounds, experts say the Israeli industry should be receiving a larger portion than it is

“Israeli space tech startups can enter special acquisition companies (SPAC) instead of heading for initial public offerings (IPO), and it isn’t exclusive to U.S. companies. Entities are looking for global opportunities, and there have been some Israeli SPACs in other fields. However, I don’t think they are the answer to everything,” Justin Cadman, Partner at Quilty Analytics told CTech’s Yafit Ovadia when asked whether Israeli space tech startups could gain access to the broader market through SPACs. Cadman spoke at the Space-Cafe Tel Aviv Conference sponsored by the Ramon Foundation and Ofer Lapid on Tuesday, where investors, experts, and professionals offered their insights and predictions on investments in the booming sector.

Trends in investments in the sector are changing, and while the traditional space industry was once dominated by governments, the NewSpace industry is dominated by private, emerging companies. “The space tech industry used to be the backwaters of the investment community, but venture capitalists - who came into the fold in 2013 together with SpaceX, started to capture people’s imaginations, signalling a profound shift in the satellite and space tech ecosystem,” said Cadman. The Floridian-investment banking and advisory firm was launched in 2016 to further focus attention on space tech, satellites, research, and investment banking to support the ecosystem. 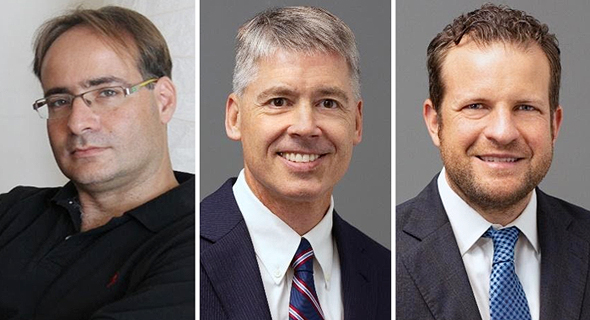 During the coronavirus (Covid-19) pandemic’s outbreak in March and April 2020, deal-making came to a near halt and was at an all-time low, but activity levels resumed in the fall. By the third and fourth quarters of 2020, investments in the industry reached all-time highs, particularly in the Earth-observation satellite imaging sector. According to reports, $25.6 billion was invested in 359 equity investment rounds in the overall space tech market. “The public’s investment appetite for space tech stocks grew significantly,” Cadman noted, and the market saw a resurgence of private equity and consolidated activity. “Many space tech companies have had limited means of entering the industry, and that has only been made possible via SPAC transactions,” Chris Quilty, founder and partner of Quilty Analytics noted. “The past year has generated greater interest in space tech, which in turn generated a wave of SPAC activity for space tech stocks. We’re seeing new areas open up, such as AxiomSpace’s space hotels, space tourism, LEO (low-Earth orbit) satellites that are used for broadband, and new business models too,” he said. “Often many would be astounded by the crazy valuations people are applying to space tech companies, but now many are asking where public companies are coming up with SPAC valuations and where the money is flowing,” Ili Cohen, who serves as General Partner at Magma Venture Partners and Managing Director at Israeli investment banking firm Synergy

He explained that while in the past large satellite operators would consolidate among themselves, or operate within a limited price range and offer few trading opportunities, they are now vertically integrating with their customers, or merging with other companies in the same business even though they may be at different stages of production. “If we take a look at recent transactions, aside from billion dollar transactions that are being funded into LEO broadband constellations, the total number of investments in space startups is clearly going up,” Cohen said. While in the past government and satellite system capabilities have driven a disproportionate amount of investments in the sector, nowadays private investors are interested in gaining capabilities that can be applicable for government and intelligence customers as well, Cadman explained. Companies such as SpaceX, he noted, are obtaining contracts from government agencies like NASA to buy and build devices that are in government use. “Vertical integration has become a widespread trend, and companies have more opportunities than ever before to buy and sell to global agencies.” Moreover, the industry has a new form of conducting exits, through SPACs, offering a solution to what was a significant challenge in the past, since the industry garnered less attention than other areas like telehealth or artificial intelligence, he added. “If young space tech startups want to succeed, they need to remember that space is just an enabler. It isn’t a business model in itself, but can enable many exciting opportunities for investors and humankind,” Cadman said. To that effect, startups should remember to tell an exciting story to entice investors, understand investors’ needs, show where their solution can fit into the market, and de-risk possible negative outcomes. Superpowers such as China and the U.S. are already wielding capabilities in space, but Israel’s place is quite impressive too, noted Quilty. According to current figures, only 25 out of 58 Israeli entities have actually obtained venture funding in recent years, the rest relying on government grants or bootstrap funding. The third quarter of 2020 was the best so far for the Israeli space tech industry, and $62 million was invested in companies that develop imaging satellite systems. “Israel has a lot more potential than that,” Cohen expounded. Israel retains immense capabilities in the space industry from its defense standpoint, in both the upstream (getting satellites into space) and downstream (retrieving and analyzing data from satellites) aspects. “There is a lot of intellectual property and knowhow in this sector in Israel, and I think that a lot more money could be funneled into this ecosystem. Entrepreneurs, venture capitalists, and the government need to get this industry moving forward,” Cohen noted. Former NASA head Charles Bolden, who heads the Bolden Group which advises young space tech startups in the U.S. added his take on the importance of investors and analysts in this sector. “Most people get caught up in unrealistic space ventures, and space analysts could help steer people clear of things that sound good, but ain’t gonna happen.”