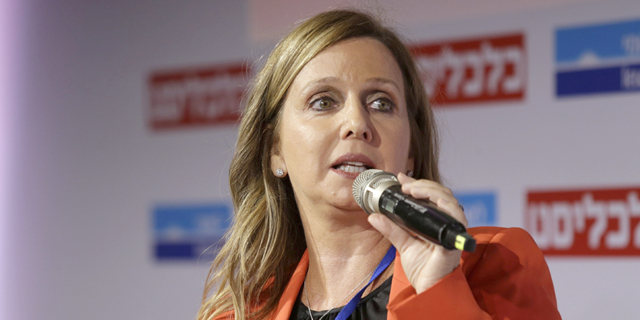 “Clients will stay with us as long as we offer good service,’ says Ashdod Port chair

“Competition is always an opportunity. We have been granted an opportunity that only happens once in 50 years, and I think that if we make the right investments and know how to put up a fight — and as long as regulations for all of the ports is the same — we will succeed,” said Ashdod Port chairperson Orna Hozman-Bechor during Calcalist’s 2021 Forecast Conference. Hozman-Bechor commented on the existing port’s preparations ahead of the establishment of a new, privately- owned port, which is under construction adjacent to the old one, and will begin to compete with it directly over the course of the year. “We are preparing for the competition in various ways. We invested NIS 2.5 million ($750,000) in dock infrastructure and I hope that by the end of next year, pier 21, which is our main pier, will be ready and operational. We are extending and deepening it so that larger ships can dock there. It is a deep water wharf, just like that of our new neighbors and just like the new port in Haifa.”

According to Hozman-Bechor, her company’s board of directors is primarily concerned with improving services for the port’s clients. “Service, service, and service — that is what the board has determined is most important and that is what we will be focusing on ahead of the competition coming in and our clients will be putting us to the test. It is not an easy task, but our employees are professionals and are diligent, and realize that we need customers to stay at Ashdod Port. If we provide good service, they will remain. If we don't they'll leave. We saw similar things play out years ago with telecom company Bezeq. This is the opening salvo for what comes next.” Along with improving its service, Ashdod Port is preparing to extend its activities and sources of income. “Two and a half years ago, I toured and surveyed ports all around the world and saw that it is an industry that is very conservative and with very few changes,” Hozman-Bechor said. “One of the ports I visited was Rotterdam, and I saw how they had introduced innovation into little things and realized what changes could be made to the industry. One example is protecting cranes from cyberattacks. We opened the door to startup companies to enter our port and carry out all their experiments there.” Hozman-Bechor said one of the goals of doing so was to then sell the technology on to other ports around the world. “We are able to do that because of a government decision that determined that we’d be allowed to invest capital in our own companies. In effect it means that we are selling knowledge. We have a good company, our crane operators are professionals and we can sell our knowledge to other ports around the world. The port’s innovation project has been the board’s flagship project for the past two years. We invested a lot of money into it and we are developing many things.”