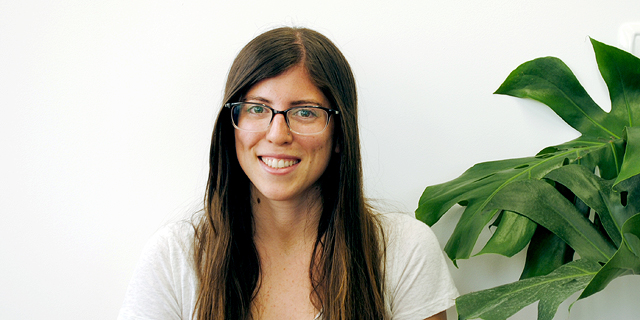 Say yes to opportunities that come your way

"Even if a role seems too big for you, say yes, and make up for the supposed gap as you go," writes Customer Trust Team Lead at Riskified, Lior Hemo

At the beginning of my third year as a Data Scientist at Riskified, I was offered a managerial role. At the time, managers were a group of people at the company I respected and felt motivated by, but didn’t feel qualified to be part of due to my age and shy nature. It seems unbelievable now, but I turned the offer down. Back then, my years of data expertise at Riskified, a company that puts significant emphasis on gender equality in all aspects of work, were paying off. I was doing well in my role, I was valued, and mostly, I was comfortable. By turning down the promotion at the time, I realize I was so afraid of failing and of the unknown, that I just avoided putting myself in that situation altogether.

The offer came up again one year later, and I said yes. There were multiple factors that led me to this answer, but the most significant was advice from a friend, who said that when given these opportunities, women tend to decline them because they don’t feel that they are a perfect match for the role based on their level of expertise. As a result, some women do not move up the career ladder even though they really are qualified. I didn’t want to be one of those women anymore. Leading a growing team in the last few years has completely changed what I know about myself. I’ve been exposed to parts of my character which I didn’t know existed and I’ve uncovered new things I excel at, and also, things I do terribly. Being a manager has taught me to be a mentor - to inspire, encourage, and follow-through. These are important skills that we all should aim to develop and nurture.

Variety in managerial style is key

In the last year, we have experienced a global pandemic never seen in our lifetime. Many countries have struggled to manage outbreaks and rising death tolls. The one common denominator for countries which have been generally done better, is that they are led by women. Given my data-driven profession, I would be remiss if I didn’t mention that correlation doesn’t equal causation -- there could be various factors contributing to the success of these countries. However, recent studies have looked at countries with similar characteristics by GDP, population count, density, and number of elderly citizens, and the results have shown that female-led countries have undoubtedly performed better. This emphasizes the need for more women’s voices and opinions in all roles, across all fields, levels, and areas of expertise. Different types of leadership styles can increase an organization’s chances of surviving in an uncertain and dynamic world. The results support the belief that there is strength in diversity. I want to pay forward the advice I was given a few years ago, and encourage women to say, “Yes,” when opportunities arise. Even if a role seems too big for you, say yes, and make up for the supposed gap as you go. Worst case scenario, you’ll find out it wasn’t for you, which is a valuable lesson on its own. But if it is, you’re in line for the ride of a lifetime. Lior Hemo is the Customer Trust Team Lead at Riskified