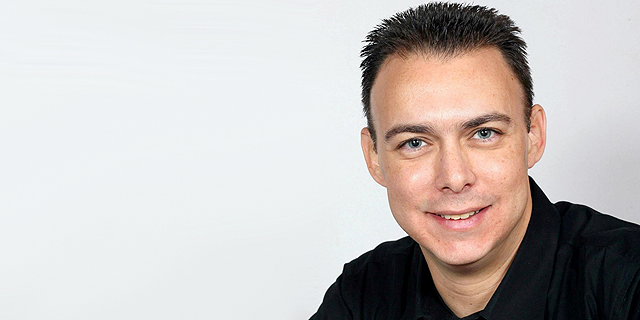 Aerospike boosts the performances of the databases of Israeli tech giants such as AppsFlyer, IronSource, and Playtika, and is now eyeing the next generation of local startups

It is no secret that the main destination targeted by Israeli tech startups is the U.S. market. However, it isn't just one-way traffic. Take Aerospike, for example, an American company founded in 2009 that provides solutions to help companies build data-intensive apps or scale-up by boosting performances of existing databases. Aerospike boasts as clients Israeli tech giants such as AppsFlyer, IronSource, and Playtika, and has its sights set on many more.

Aerospike began operating in Israel in 2017 after identifying the potential of Israeli startups on the verge of having to significantly scale-up their operations. The U.S. company set up an Israeli office that dedicates its time to the local market, and three years in, the amount of business is such that it plans to double its workforce in the country to around 20 employees this year.

"The book Start-Up Nation was published in 2009, but when we came to Israel in 2017 what we found wasn't just a startup nation but a scale-up nation," Aerospike Israel Country Manager, Ami Aharonovich, told CTech. "We identified over 100 companies that are operating at a large scale, serving hundreds of millions of users across the world and with massive databases. Companies like Playtika, AppsFlyer and IronSource, which you can't really call startups, but on the other hand, they aren't enterprise companies either. Their databases need to grow from 10 million to 100 million users and then to 1 billion users, and our technology helps these scale-up companies smooth out this process. There are other technologies that can be used to enable this growth, but using them is far more difficult, challenging and expensive.”

"Aerospike decided to open a center in Israel because of the innovation in the country. The competition here is fierce as there are only several hundreds of companies. We want to reach those startups that might still be small but will go on to become the R&D center for PayPal, which has happened, and then with these companies also help the corporations grow," explained Aharonovich. "Many of my conversations over the past six months were with companies that developed their solution for a certain scale that can no longer meet the demand due to their accelerated growth. For example, we work with many companies in the anti-fraud space. These companies have to approve transactions very quickly as a user who clicks buy when purchasing online is expecting his request to be processed immediately. If you don't approve it fast enough he may just cancel the transaction and might not return to the site again. Companies are losing business due to these types of issues."

Aharonovich noted that Aerospike’s technology ensures PayPal's user experience doesn't suffer even during peak times when it experiences around eight million transactions a second and assists Sony, which needs to be able to show a user within one second of his PlayStation log in, not only the games he likes to play but also recommend games that his friends are playing.

"This can't take longer than a second and there are hundreds of thousands of people logging in at the same second," said Aharonovich.

"AppsFlyer, for example, tracks basically every application in the world, monitoring over 10 billion devices. On an average day they register something like 15-20 billion entries into their database and these are entries that need to be managed and saved. Even if you only save this data for a week, you still need to be able to extract any information within a millisecond and that is very challenging from a technological standpoint. There aren't many systems that can meet these types of challenges."

Aerospike has launched in Israel a program it has named 'Aerospike for Startups,’ with the goal being to find the companies that are currently building their solution and enabling them to scale-up when the time arrives. "I want to find the companies that currently have a 100GB database, but that it is clear that they are set to become the next giants, and there are hundreds of such companies in Israel," added Aharonovich. "Some of them will be acquired and become R&D centers for U.S. tech giants. We want to start working with them now, integrate our technology and help build their architecture so that they will be able to scale-up and won't be slowed down by technology. We will be the enabler and engine of their accelerated growth."