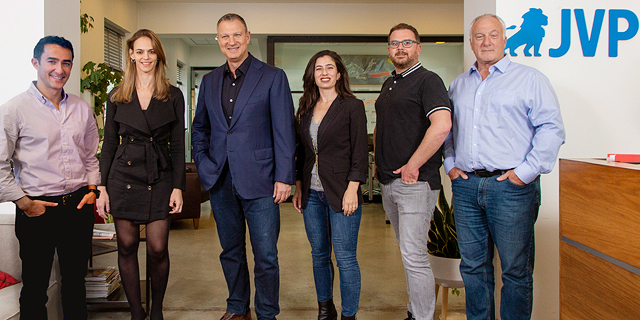 Erel Margalit’s venture capital fund Jerusalem Venture Partners (JVP) announced on Wednesday that it is strengthening its management team with six senior team members to fill partner and venture partner roles. The appointment of these new partners takes place in the midst of considerable expansion in JVP’s activities over the last two years, including raising a large early-stage fund and a significant growth fund, alongside leading fundraising rounds for its portfolio companies, collectively amounting to almost $900 million in the last year alone.

JVP’s model focuses on building large companies from seed to growth that expand their business activities around the world. The new partners are: Shai Schiller - A former senior executive of Comverse who later served the CEO of Geo Interactive (Emblaze), Axismobile, and WebintPro. Schiller also served as a Managing Partner at Concord Ventures, as a Founding Partner at Capital Nature Ventures, and a partner in another private investment firm. He was recently appointed as a board member for Vdoo, one of the leading cybersecurity firms in the world. Shimrit Kenig - Vice President for Investor Relations, and who managed JVP’s operations in the last two years, has been promoted to Partner and Chief Operating Officer (COO). Julia Kagan - Previously served as a Principal has been promoted to Partner. Over the last few years, Kagan focused on discovering and guiding new investments. She is a Board Member of portfolio companies Opora and Scadafence, as well as supporting investments in other companies such as Nanit and ControlUp. Alex Dikman - Previously served as a Principal in JVP’s International Cyber Center in New York, and has been promoted to Partner. Dikman focuses on the development and growth of Israeli companies as they expand into the U.S. market. He is a Board Member of the Fund's portfolio companies Leadspace, Akeyless, Anyclip, Coronet, and Copilot, and supports the business development of other companies in their transition to New York. Sara Thomas - One of the leading figures helping with the formation of executive teams in some of the world’s leading tech companies like Oracle, Salesforce, and Finastra, and others. She joins JVP as a venture partner in London and New York. In recent years, Thomas worked closely with JVP and its leading portfolio companies including CyberArk, Qliktech, Earnix and others. Daniel Cohen - An expert in the fields of FoodFech, AgTech and Digital Health, joins JVP as a venture partner. In the past 17 years, he has advised hundreds of companies in these industries, including investments of hundreds of millions of dollars. He brings with him rich experience and a proven track record in managing investments in the banking industry and venture capital such as Fosun Pharma, Omens Capital, and others. Daniel is a Board Member of various JVP portfolio companies. “We are proud to welcome Shai Schiller to our ranks, one of the most impressive senior executives in Israeli high-tech. I am also excited to advance new partners who worked at JVP in the last few years – Shimrit Kenig, Julia Kagan, Alex Dikman, and our venture partners Sara Thomas and Daniel Cohen,” said JVP Founder and Executive Chairman, Erel Margalit. “All our new Partners come with unparalleled capabilities in their fields, rich experience, business vision, expertise in building international companies, and connections to the global market. These skills connect to JVP's strategy to expand its activities in Israel and the world, leading new investments and building large companies that will lead the international high tech scene in the years to come. In addition, each of the new partners are involved in our social and non-profit activities across Israel. The new partners, like the existing ones, integrate women and men in equal measure into senior positions and creates a diversity of skills and ideas."