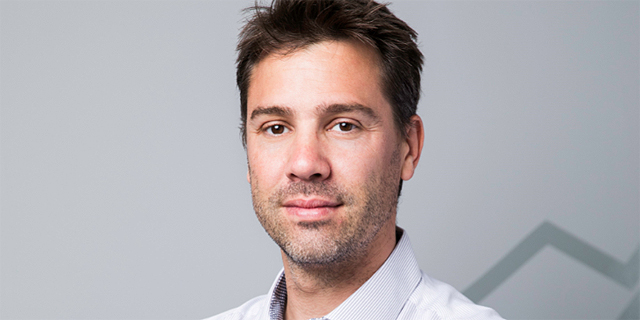 Is eToro really worth more than $10 billion?

The Israeli fintech company, which officially announced its SPAC merger yesterday, generated gross revenues of $605 million in 2020 and believes it could reach $2.5 billion in 2025

While in Israel people are rubbing their eyes in disbelief at the $10 billion price tag placed on eToro following yesterday's announcement of its SPAC merger, making it the largest public offering in history for an Israeli company, the shareholders of Special Purpose Acquisition Company FinTech Acquisition Corp. V lauded the deal. The shares of the SPAC surged by 17% following the official announcement of the deal that came one day after Calcalist first revealed eToro's plans to go public via a SPAC at a $10 billion valuation. The world’s media presented eToro as "Robinhood's competitor," and with the American online trading company planning a $20 billion IPO, the Israeli fintech company's valuation was made to seem like a bargain. eToro will be merging with a SPAC headed by Betsy Cohen, who is already completing her ninth such deal. The transaction includes $250 million in gross proceeds from FinTech V’s cash in trust (assuming no redemptions) and $650 million in gross proceeds from a fully committed private placement in public equity (PIPE) at $10.00 per share from various strategic and institutional investors, including ION Investment Group, Softbank Vision Fund 2, Third Point LLC, Fidelity Management & Research Company LLC, and Wellington Management, that will close concurrently with the business combination.

Cohen also heads another SPAC currently in the process of merging with an Israeli fintech company, online money transfer and digital payment powerhouse Payoneer Inc. Payoneer announced last month that it had entered into a definitive agreement with Nasdaq listed SPAC FTAC Olympus Acquisition Corp (FTOC). Once the reorganization is complete, the merged company will begin trading at an implied estimated enterprise value of approximately $3.3 billion. eToro had looked into going public through a traditional IPO, but received indications that the valuation and money it can raise via a SPAC merger would be significantly higher. "We believe in the SPAC market," eToro CEO and co-founder Yoni Assia said in a press conference yesterday. "It has grown significantly over the past year as this is an innovative way to bring quality companies to the U.S. markets."

The business combination, which has been unanimously approved by the boards of directors of both eToro and Fintech V, is targeted to close in the third quarter of 2021, subject to stockholder approvals and other customary closing conditions. The offering is set to also include the acquisition of shares from early investors and company employees at a total sum of $300 million.

Traditional IPOs don't usually allow veteran shareholders to realize a significant amount of shares, but force them to wait for a secondary offering. That isn't an issue in a SPAC merger, and is one of its advantages. How can eToro justify a $10 billion valuation after being valued at only $2.5 billion last year? eToro revealed some of its results in yesterday's presentation and they mainly showed a surge in revenue and the number of users on the platform during the Covid-19 pandemic when investment in shares became a popular hobby. eToro has been positioning itself as Robinhood's main competitor ahead of the offering, highlighting that it has more users than its U.S. arrival, and offers the option to track investment portfolios of other users. The average return among the popular investors' category on eToro reached 51% last year. While Robinhood is focused on the U.S., eToro only received its FINRA (U.S. Financial Industry Regulatory Authority Inc.) license last year and will only make its first steps in that market this year. Its entire income until now came from the rest of the world, with Europe being responsible for 70% of it. In 2020, eToro added over 5 million new registered users and generated gross revenues of $605 million, representing year-over-year growth of 147%. "It took us nine years to reach our first five million users, but in 2020 alone we added another five million," said Assia. The momentum has only gathered steam over recent months with the accelerated entrance of young investors, leading eToro to add more than 1.2 million new registered users in January 2021 alone. eToro's scale of activity has also increased dramatically. In 2019, eToro executed eight million trades per month on average. That number grew to 27 million in 2020, and in January 2021 alone eToro saw more than 75 million trades executed on its platform. eToro has yet to reveal its level of profit, but in EBIDTA terms it has been profitable since 2017, even though its growth in income hasn't been steady. For example, in 2018, eToro already registered income of $369 million and an EBITDA of $193 million. However, its revenue dropped by 34% in 2019 and it only registered a profit of $11 million. According to Assia, trading in cryptocurrency only makes up a small portion of its income, but results in an 80%-85% profit margin. Most of eToro's expenses are the result of the cost of trades that ultimately also lead to its profits. eToro is quick to admit that the accelerated growth in 2020 was abnormal, and the company's projection for 2021 is for a more modest growth of 69% that is meant to bring the company to income reaching $1 billion, a level few Israeli companies have ever reached. Nevertheless, with marketing expenses expected to double due to the entrance into the U.S., operational profitability is expected to fall to $10 million. The company's optimistic projections for the more distant future include revenue of $2.5 billion in 2025 and EBITDA of $700 million. The biggest winners from the merger, apart from the company's founders, are the veteran investors that took part in its initial funding in 2007. Those include Nir and Eli Barkat, both through personal investments and through their BRM fund, repeating their historic success with Check Point and making Nir Barkat the richest member of the Israeli Parliament. Other notable private investors include Chemi Peres, co-founder and managing partner of VC fund Pitango, veteran investor Eddy Shalev and Avner Stepak of Meitav Dash Investment House.