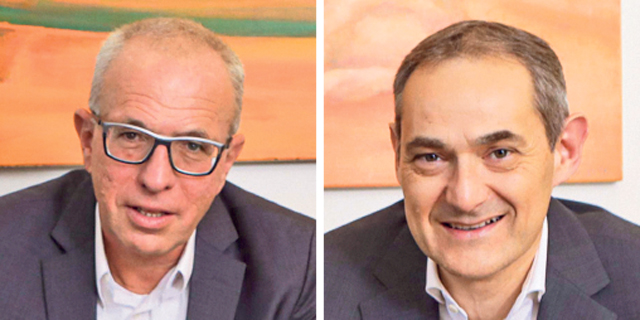 The founders of the Excellence Nessuah investment house are in advanced negotiations with the Israel Securities Authority to make Israel the second country after the U.S. to enable Special Purpose Acquisition Companies

The Israel Securities Authority (ISA) is in advanced negotiations with Roni Biram and Gil Deutsch, the founders of the Excellence Nessuah investment house, regarding the floating of the Tel Aviv Stock Exchange's first-ever SPAC (Special Purpose Acquisition Company). A source who spoke to Calcalist under the condition of anonymity said Biram and Deutsch have already filed an initial prospectus through attorney Erez Rozenbuch. Muli Eden, former Senior V.P at Intel Corporation and President of Intel Israel, as well as Tzahi Sultan, Chairman of Discount Capital Underwriting, are also believed to be in talks with the ISA in the hope of listing a SPAC of their own, although it is Biram and Deutsch who are closest to receiving approval.

Merging with SPACs (special purpose acquisition companies) has become a popular way for companies to enter U.S. stock exchanges over the past year. SPAC companies have a limited window, usually of two years, to begin activity. If they fail to generate business within that time, the money is returned to investors.

Two Israeli companies officially announced they will be going public via a SPAC just last week, with eToro to merge with Nasdaq-listed FinTech Acquisition Corp. V at a combined company valuation of $10.4 billion and 4D radar developer Arbe Robotics joining forces with Nasdaq-listed Industrial Tech Acquisitions, Inc. at a combined valuation of $723 million. With SPACs currently only possible in the U.S., the ISA is intent to hop on the bandwagon and try to benefit from the trend, but not at the expense of safeguarding the interests of investors. One of the conditions being considered by the ISA is to only approve SPACs that are raising a minimum of NIS 300 million (approximately $91 million) to ensure that they will ultimately only merge with a significant company. Another condition is that the entrepreneur initiating the SPAC will invest at least 10% of the sum themselves and that at least 70% of the funds will be provided by institutional investors, who have the ability to thoroughly examine the merger. In addition, Israeli SPACs, like their U.S. counterparts, will have a two-year window in which to find a company to merge with or they will have to return the money to investors. Entrepreneurs won't be able to withdraw management fees, but will be able to receive options that will turn into shares following a merger. However, they will only be able to liquidate those options one year following the merger, and no more than 2.5% of their holdings per month. Entrepreneurs won't be eligible to vote on the approval of the merger either and the ISA is set to dictate that 95% of the raised funds will be managed by a trustee, while the remainder be used for the day-to-day running of the company. Biram and Deutsch made their fortune when they sold Excellence Nessuah to the Phoenix Insurance Company, receiving a combined NIS 900 million in the deal.