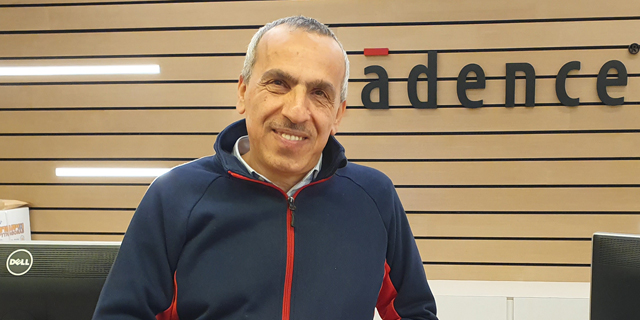 Ziyad Hanna began his career as a construction worker, then a high school teacher, and now is Corporate VP at Cadence, one of the world’s largest software companies

There is nothing ordinary about Ziyad Hanna’s path to becoming Corporate Vice President at American international software company Cadence Design Systems, Inc. and General Manager of the company’s R&D center in Israel. He worked in construction, taught high school, worked at a high tech company on a student salary, at a small Silicon Valley-startup and somehow crammed in two university degrees, including a PhD at the University of Oxford. He faced obstacles, challenges, and discrimination along the way, but worked relentlessly to prove himself and climb the ladder. “Everyone can achieve 80% output, but to get to 98% is very challenging. Throughout my entire career, I always strived to be above average, do more than is expected,” he said. “It was unthinkable for someone like me to dream of computers” He was born in the northern Arab village of Rameh in the Upper Galilee region to a farmer father and a homemaker mother, the seventh out of eight brothers and sisters to a Christian-Arab refugee family who were exiled from their village in 1948. “In high school, I excelled in math and science, and my family wanted me to study conventional subjects like medicine, law, or civil engineering. It was unthinkable for someone like myself to dream of computers in the early 1980s,” he said. In his high school, there weren’t any high-level math courses, and Hanna taught himself the material and was one of the first Israeli-Arab students to complete a high-level math program. “The first obstacle was choosing a track. It was challenging to choose an unconventional one, since people in the Arab community take fewer risks. There isn’t any financial flexibility, so you don’t have time to fantasize. You need to study something promising, which will enable you to provide for your family, but I chose a non-conventional path.” 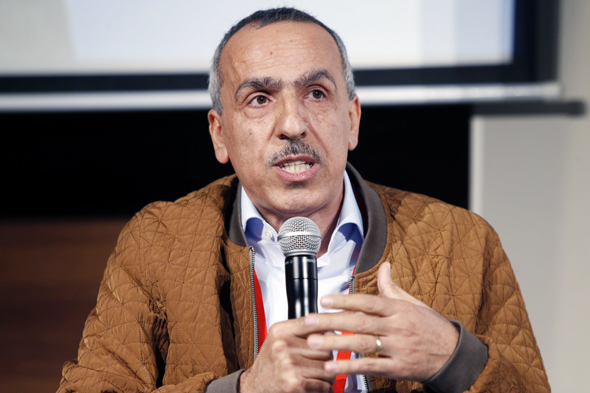 “High tech connects the world” "When I began working in tech, I was one of the only members of the Arab community, but today there are over 8,000 Arab engineers in the Israeli tech sector, it’s an expanding community. Since I came from a community that was exiled from its home, I experienced poverty and suffering, so I always had an internal push to give back to my community and empower it. I give lectures on a variety of topics so that the Israeli public can be more inclusive of one another and move forward together. We are all dependent on one another. High tech unites the world, there isn’t an ‘Indian’ or ‘Jewish’ stereotype of high tech workers, it’s universal. Things are constantly changing and the Arab community’s weight in this sector is growing. In order to overcome obstacles, one needs to learn and cooperate. You need a well-rounded personality. High tech is a lifestyle defined by leadership, innovation, a business vision, a technological vision, and efficient planning - there are several skills that one must develop to succeed,” he said. As part of his social activities, Hanna was appointed the co-chair of Tsofen, a public council for promoting the Arab community in the Israeli tech sector along with David “Dedi” Perlmutter. “It’s not just a duty, but an honor to promote and support the Arab community in high tech. I am one of the first Arabs to enter this field. When I completed my bachelor’s degree I couldn’t find work, but helped many people in the village learn to code, or how to use a computer. When I was an Intel, I was heavily involved in recruiting additional Arab employees, and gave lectures at schools to encourage people to reach out to this sector. My first Tsofen meeting took place at Intel, and I helped set it up. Over the years, I participated in many activities for students aimed at promoting the Arab sector in high tech,” he said. “I always wanted to be a doctor” The third pillar of Hanna’s career was in academia. He spoke of how he always wanted to earn the title of “doctor,” but not a medical one, and during his work at Intel he was very attached to academia. “At Intel, I was responsible for the academic pipeline in Israel and I had connections with many advisers and researchers. I was also responsible for Intel’s annual conference at the Technion, where its innovative technologies are presented, and during that time a professor at Oxford invited me to pursue my PhD in England. I decided to go for it, and began my doctorate in 2005.” Two years after he began his studies, Hanna left Intel while still working on his PhD, and relocated to the U.S. “I would wake up every day at 4 a.m., work on my doctorate until 8 a.m., and then begin my work day as Technology VP at Jasper. My academic work continued, and four years ago I was invited to be a visiting-professor at Oxford specializing in computer science in subjects such as systems design and verification and machine learning,” he said. Hanna’s ambition, his hard work, and the need to prove himself is embodied in every single step he took over the course of his career. He published articles, registered patents, and gave lectures at leading worldwide conferences in his field. The secret to his efficiency, he revealed, is the ability to do many things at once with complete concentration. “There are only 24 hours in a day, and for everyone the question is how do you manage that. I work on many things simultaneously, and I have a strong ability to zoom in and zoom out, to make that direction change, and it really helps me in everything I do.”