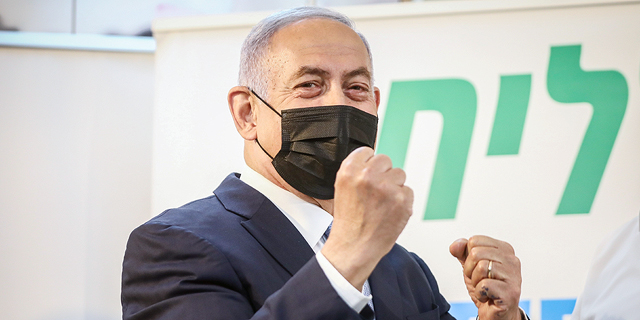 Prime Minister Benjamin Netanyahu has claimed victory over Covid-19 by making Israel a "vaccination nation". Even that may not be enough when voters wearing mandatory masks cast their ballots in an election on Tuesday. Netanyahu, who turned Israel's world-leading rollout of vaccines into a showcase of his campaign in the country's fourth national poll in two years, gave a measured assessment of his chances after the latest opinion polls pointed to a close race. 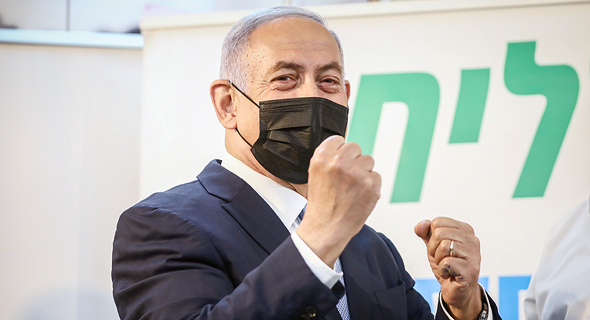 "I'm still missing a (parliamentary) seat or two to achieve a stable government," he said on Army Radio on Sunday, in what could have been a strategic bid to rally supporters of his right-wing Likud party to turn out to vote. Opinion polls showed an uptick for Likud in the campaign's home stretch, giving a Netanyahu-led coalition of conservative and ultra-Orthodox Jewish parties around 60 seats, still short of a majority in the 120-member parliament. But the surveys indicated that a potential, though perhaps unlikely alliance of left-wing, centre and rightist factions, possibly led by Netanyahu's strongest rival in the polls - centrist Yair Lapid of the Yesh Atid party - is also near 60. 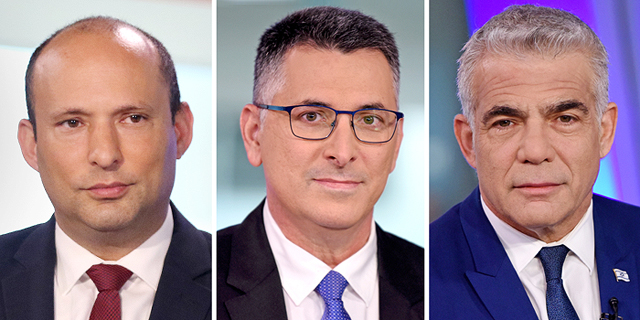 No one party has ever won a parliamentary majority on its own in an Israeli election. In a close contest, election night results may only be a starting point, with backroom coalition talks determining whether "King Bibi" will still rule. Gone this time were Netanyahu's giant billboards featuring a handshake with ally Donald Trump, defeated in the U.S. presidential election in November. And with Democrat Joe Biden in the White House, there was little prospect of U.S. diplomatic moves that could help Netanyahu's election chances. Israel's longest-serving leader, 71, focused instead on highlighting his role in turning high-tech Israel into what he dubbed a "vaccination nation". About half of the population has been inoculated at a pace that drew international praise for Netanyahu but also calls for Israel to do more to ensure Palestinians in territories it occupies receive vaccines. 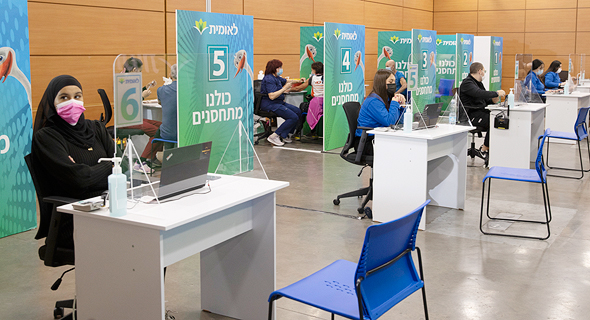 Netanyahu has made the vaccination campaign a major part of his re-election campaign. Photo: Abigail Uzi. Photo:

"We are the world champions in handling the coronavirus ... I have brought millions of vaccine doses and will bring millions more," Netanyahu said on the stump, pacing the stage in multiple campaign rallies each day and in a slew of media interviews as election day neared. Political opponents say he mishandled the pandemic from the start, pointing to the need for three national lockdowns and accusing him of turning a blind eye to violators within the ultra-Orthodox community that provides a power base for his key coalition partners. 'OBSESSION' For Netanyahu, public praise from Albert Bourla, CEO of Pfizer, Israel's main vaccine supplier, was campaign gold. The prime minister, Bourla told Israel's Channel 12 TV, phoned him 30 times to secure a supply deal - even at 3 a.m. "Just like I was obsessive about the vaccines, I'll be obsessive about our economy," Netanyahu said on Army Radio, promising more cash stipends for all Israelis and ailing businesses. But after three inconclusive elections, voters have had plenty of time to make up their minds about Netanyahu, in a ballot being held almost a quarter of a century to the day after he won his first term as prime minister. Despite corruption charges he denies, weekly street protests over his alleged graft, a trial scheduled to gain speed after the ballot and elections in April and September 2019 and last March, Netanyahu has managed to stay at Israel's helm. 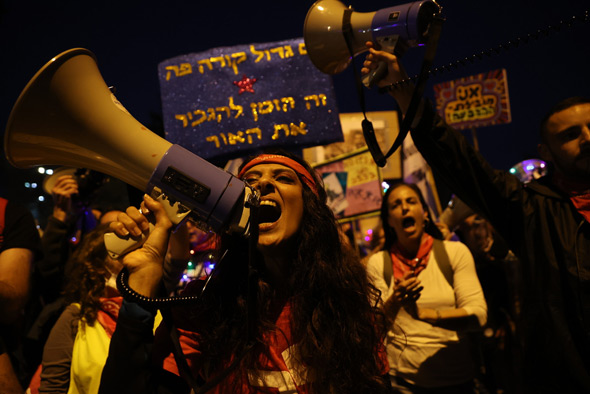 A protest against Netanyhau outside his Jerusalem residence. Photo: Amit Shaabi

This time, much could depend on potential kingmaker Naftali Bennett, who heads the ultranationalist Yamina party and once served as Netanyahu's defence minister. Without Bennett's backing, neither a Netanyahu-led coalition nor an anti-Bibi alliance would have enough seats in parliament for a governing majority, polls showed. And Arab voters might also tip the balance, six years after Netanyahu, drawing allegations of racism, said on election day that they were "heading to the polling stations in droves" to wreck his chances for a right-wing government. Now, he peers down from Arabic-language Likud billboards and has campaigned in several Arab towns. Looking at their country's messy political mix, many Israelis simply wonder whether a fifth election is on the cards.