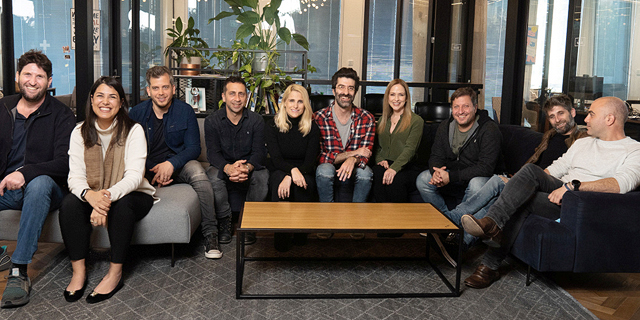 Tel Aviv-based web and mobile monetization company IronSource announced last week that it is heading towards the largest-ever public issuance by an Israeli company after raising $2.3 billion at an $11 billion valuation through a merger with a SPAC raised by U.S.-based investment firm Thoma Bravo Advantage. However, Calcalist has learned that at the end of 2020, not long before it made its announcement about going public, IronSource spun out its digital activity into a new company named Rise and transferred 150 of the employees to work under the new firm.

The new company is expected to raise funds in the near future and its CEO is Oren Brandt, who previously held the position of General Manager, Digital Solutions at IronSource.

According to the company's website, Rise provides solutions to help maximize digital assets, create business growth and scale audience. The company says that it provides both publisher solutions and AI-based media buying. Omer Kaplan, co-founder and CRO at IronSource confirmed the change and told Calcalist that it was the result of IronSource currently being focused on the mobile sector and the fact that Rise's activity is completely different from that of its parent company. "The shareholders of the spun-off company are the same shareholders as those of IronSource and the new company is profitable," said Kaplan.

The details regarding the founding of Rise haven't been officially announced by IronSource to date as it's still waiting for its registration forms with the SEC to be approved.

IronSource was founded in 2011 by Tomer Bar-Zeev, brothers Itay, Roi and Eyal Milrad, Tamir Carmi, Arnon Harish, Netanel Shadmi, and Omer Kaplan. Bar-Zeev still serves as its CEO and the rest of the founders remained on as senior executives.