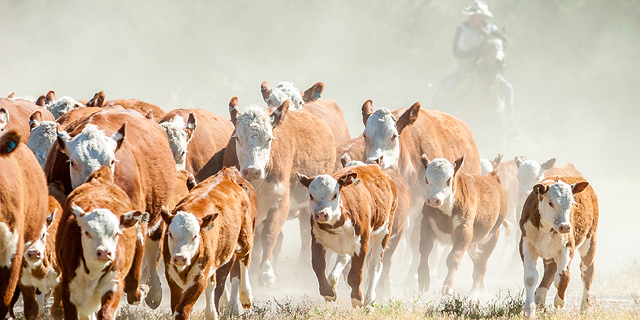 Can these 4 companies overcome the triple challenges of product texture, pricing, and regulation in the quest to transform the food industry’s holy grail?

One of the many things Covid-19 has taught us is to reduce our dependence on long supply chains. In the meat industry in particular, the pandemic has resulted in supply disruptions, demand fluctuations and plant shutdowns, leading to upward pressure on prices worldwide.

To provide for the increasing population in a sustainable way, innovative Israeli startups are developing unique alternative-meat solutions.

Of course, age-old solutions like tofu, seitan and veggie-burgers have been around for years, first popularized in the U.S. in the 1960s and in Israel through the 70s and 80s. Traditionally, the vast majority of consumers of these products have been vegan or vegetarian. 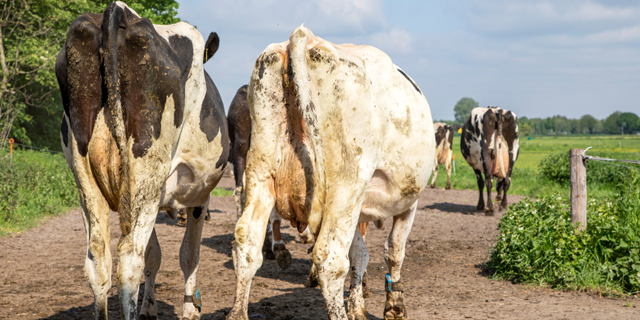 Is animal meat on its way out? It is if these Israeli companies have anything to do with it. Photo: Shutterstock

In contrast, new mimic-meat producers are targeting both carnivore and vegetarian consumers alike. They are also trying to create products that are more meat-like in texture, juiciness and aroma, thus disrupting and transforming the holy grail of the food industry.

“In Israel there are over 100 companies in the alt-protein space,” said Aviv Oren, business engagement manager at the Good Food Institute Israel, a science-based nonprofit aimed at accelerating alt-protein research and innovation in the country.

“About 40 of them are startups dedicated in their core business to alt-protein production,” he said, “and five are engaged in cultivated meat or milk: Supermeat, Future Meat Technologies, Meatech, Aleph Farms, and BioMilk.

According to the Good Food Institute, alt-meat can be divided into three categories: plant-based, cultivated-meat, and fermentation. Perhaps the two most well-known global brands in the burgeoning alt-meat space are Impossible Foods and Beyond Meat, both producers of plant-based products.

With its burger first launched in 2016, Impossible Foods achieved its first taste of mass restaurant distribution success with Burger King’s branded “Impossible Whopper” in 2019. In Jan. 2021, McDonald’s began quietly testing in Denmark and Sweden their “McPlant burger” menu item, a pea and rice-based product co-developed with Beyond Meat.

Israeli startups are also on the forefront. Last month, 3D printing company ReDefine Meat announced the largest ever series A funding round by an alt-meat startup at $29 million. Last week, Meatech became the first lab-grown meat company traded on the NASDAQ, raising $22 million in the process.

SuperMeat, founded in 2015, was one of the very first cultivated-meat pioneers in Israel and the world, and the first Israeli-based entity to focus on poultry.

“We take cells from the animal, brew them in a meat cultivator in the lab, and apply our unique feed to the cells when we want to mature them into different types of products or meat types,” said Ido Savir, co-founder and CEO at SuperMeat.

“Our main challenge is reducing the cost, mainly by optimizing the efficiency of our cell feed to achieve a better conversion ratio,” he said. According to Savir, since cell feed media constitutes 70-80% of the total raw material cost, reducing it is essential to developing a product that can compete in the market with traditional products.

Unlike various other alt-meat companies, which have pursued hybrid D2C and B2B business models, SuperMeat intends to sell exclusively B2B, offering a raw material for the food industry that can be customized to businesses’ unique culinary and dietary requirements for their own brands and applications.

“We plan to begin operations at a limited scale and gradually scale up. Increasing capacity will allow us to lower costs. I estimate that within the next two to five years, we will be able to reach cost parity with conventionally produced products,” Savir said.

Savir also noted that the control exerted in the cultivated-meat production process mitigates the risk of health hazards and contaminants found in real meat.

“Other benefits include the lengthening of product shelf life and our increased ability to quickly respond to market demand. With the flip of a button, we could shut off a production line and turn on another according to what is needed. And of course, no supply chain is required for the transport of animals or meat,” Savir said, explaining that lab-meat production plants can be located very close to their end markets without concern for the availability of natural resources generally required for producing meat.

Future Meat Technologies is another Israeli cultivated-meat startup spearheading cost reduction in alt-meat. Based in Rehovot, the company has raised $42 million to date, counting among its investors some of the global food giants including Tyson Foods, Muller, and ADM.

“We’ve been able to reduce the cost of our chicken breast product by about 100-fold in the last two years,” said Rom Kshuk, the company’s CEO. “We were the first company to breach the $10 cost per product.” 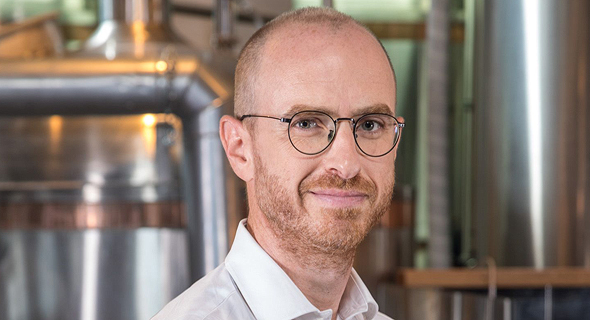 Future Meat Technologies now produces a chicken breast at USD $7.50, not yet at cost parity with traditional poultry products, but closer than ever before to a commercially viable mass-market solution.

“This is really a story about how we enable a technology that has the same biology as meat, the same nutrition, the same sensory profile, and do that in a sustainable manner,” said Kshuk. “We are trying to deliver the full meat experience, with the aroma, flavors and juiciness of meat, but without the guilt that may come from animal welfare, environmental reasons, or something else.”

Kshuk stressed that cell culturing is not a new process. “It’s actually a standard procedure in biopharma,” he said. “It’s been used for vaccine production, immunotherapy, and biological drugs for the last 20-30 years. Now it’s a question now of how we utilize this technology to produce a low-cost, high-volume product.”

Another challenge facing the alt-meat industry is regulation. The Singapore SFA -- the country’s food regulatory body -- was the first globally to approve cultivated meat earlier this year. U.S.-based cultivated meat company Eat Just has already launched its cell-cultured chicken in the country. 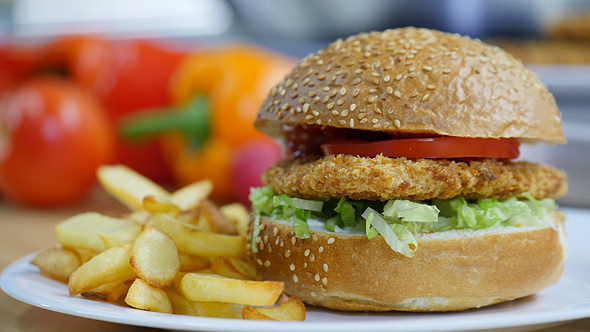 “Countries that are not moving fast on regulation are going to lose these companies,” Rom Kshuk said. “If a company cannot establish local manufacturing plants or scale-up facilities, they will not come. Shipping food is expensive, especially with shelf-life and refrigeration requirements. And this industry is going to be enormous, providing many relatively high paid jobs, because it’s more akin to tech than traditional food.”

According to Kshuk, Israel is very slow in regulating novel food due to the fact that the country does not have a dedicated regulatory body for such products. Instead, Israel waits for at least two other countries to approve a food product before considering it and approving. As a result, many Israeli alt-protein startups may very well establish production and even R&D facilities in other countries that have a faster approval process.

Regardless of regulatory hurdles, ReDefine Meat, the world’s first 3D-printer of plant-based meat including its signature Alt-Steak, plans to release its products in Israel in the coming months. Afterwards, the company plans to expand into Germany and Switzerland followed by Asia in 2021, and North America in early 2022, according to Eshchar Ben-Shitrit, company CEO and co-founder. 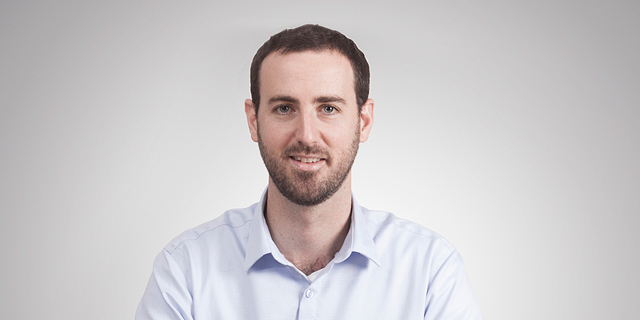 “Instead of going to the largest markets (U.S. and China) first, we want to spend the first year working with the best chefs and partners in smaller countries such as Israel, Switzerland, Singapore and a few others,” he said.

ReDefine Meat is another Israeli pioneer in alt-meat, founded by Ben-Shitrit and Adam Lahav in 2018. The company uses a proprietary multi-material food printing process, which has enabled the startup to recreate complex structures that are only found in animal muscle, precisely replicating each fibre.

“We use three key ingredients – Alt-Muscle (plant-Protein), Alt-Fat (plant-fat) and Alt-Blood (natural colors and flavours) – which are 3D printed simultaneously according to the digital structure mimicking that of animal meat,” said Ben-Shitrit.

Like plant-based and cultivated products, 3D-printed meat also enables a reinvention of the traditional supply chain. “Instead of depending on suppliers to deliver meat from the original source around the globe, 3D printing opens up a world of on-demand production at the site you need it, when you need it, in the exact quantity you need,” added Ben-Shitrit.

How are these startups creating products that truly mimic animal meat? Each company’s process is full of unique intellectual property, said Ido Savir of Supermeat. “Every step in the process, from cell-sourcing to the growth and maturation processes, is generally proprietary.”

Flying SpArk (TASE:FLYS), founded by Eran Gronich in 2015, is paving the way in an entirely new direction: fruit-fly protein. The company produces protein powder and oil from fruit fly larvae, not only for human consumption but also as feed for fish.

“We are planning to build our first production facility in Thailand with a strategic partnership with Thai Union, the world’s largest canned-tuna producer,” Gronich said.

Gronich is largely motivated by the increasing need to feed the growing world population in a sustainable way, he said. He explained that the startup’s process is highly scalable, requiring very little water and land, and creating no methane emissions.

If the central challenges facing the alt-meat industry -- product texture, price and regulation -- can be overcome, our barbeques may look forever different. Whatever happens, it is clear that Israel will play an outsized role transforming the meat industry.