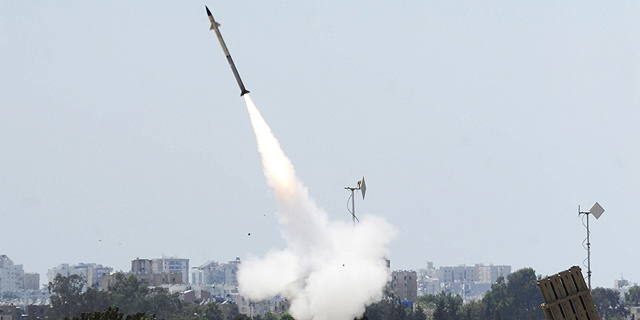 The absence of a budget and the delay in the approval of the IDF's multi-year plan are preventing the transfer of funds from the Ministry of Defense to Israel Aerospace Industries, Elbit and Rafael

The Ministry of Defense owes the local defense industries a total of NIS 1 billion (approximately $300 million). The ministry has reduced its debt to Israel Aerospace Industries (IAI), Elbit Systems and Rafael Advanced Defense Systems over the past year, but it still owes the three around NIS 1 billion in deferred payments. The political turmoil in Israel over the past couple of years has meant that the government hasn't approved a state budget for either 2020 or 2021. The heightened tension between Prime Minister Benjamin Netanyahu and defense minister Benny Gantz has also resulted in the IDF's multi-year plan being put on hold, making it difficult for the ministry to pay its suppliers and for the military to order new equipment.

The defense industries haven't publicly disclosed what they are owed, but it is believed that the IAI and Elbit are each awaiting payments in the region of NIS 350 million, while Rafael is owed around NIS 300 million.

The companies have been self-funding equipment required by the IDF due to the situation, which has only further complicated their already sensitive relationship with the ministry. The Ministry of Defense is not only the biggest client of all three companies, but is also the owner of IAI and Rafael together with the Government Companies Authority. The companies are also dependent on the ministry when it comes to striking deals with foreign countries. The ministry approves which countries the companies are allowed to sell to and determines which systems can only be acquired by the IDF. Rafael is the most dependent on the ministry of the three companies, with 55% of its sales, like the Iron Dome system, being bought by the ministry. The ministry made up 24% of the IAI and Elbit's sales in 2020. The Ministry of Defense said in response to the report: "We are in constant contact with the defense industries and are fully cooperating with them in order to organize and reduce the current suppliers credit."