“While we go through this very difficult period, let’s think about what we can create, what we can envision.”

Michael Matias is joined by Eran Sandhaus, who emphasizes how entrepreneurs should feel proud of the steps they take to make the world a better place

More than one million people every year die in automotive accidents. The world of mobility is primed for a change, and Eran Sandhaus is at the forefront of this automotive innovation. After more than a decade working in the semiconductor industry, Sandhaus decided to change paths and was recruited to work at Delphi Automotive. Sandhaus accepted this new job offer not only because he was interested in the technology of self-driving and automatic cars, but also because he thoroughly believed in the company’s mission to reduce the number of motor vehicle deaths. Social impact is a huge motivator for Sandhaus, who strongly believes that all companies should use some quantifiable measure to show that they are positively contributing to society. In ten years, when entrepreneurs look back at their actions, Sandhaus emphasizes that they should feel proud of the steps they took to make the world a better place.

What I’m really passionate about is the human spirit. I really love technology. I'm the combination of two of those things.

I ended up almost by mistake getting into mobility. The last decade in semiconductors, I managed all the businesses. All of them were about creating this startup inside the large multinational. But two and a half years ago, Delphi Automotive was looking for someone to lead their autonomous vehicle business. I met with the CEO, and we really hit it off. I asked him, “Why are you interested in hiring someone like me?” He said, “In the automotive world, we’re very conservative. I want someone with a mind-set of making things happen that has no fear.” I took the job, and I fell in love with that mission. When you think about self-driving cars, the promise behind it is to reduce the casualties. Every single year 40,000 people in the U.S. die from accidents. It’s literally like a 747 going down every day. The second piece that is really appealing about mobility is reducing the cost of travel. It’s enabling people that are outside of the cities to connect to the city.

We’ve been hearing about this notion of autonomous vehicles for quite some time. It seems like we’re at the 95% stage and the 5% is very difficult. Is that the case?

I think we’re at the 80% stage now. There’s a lot more to be done. However, when you think about it, it’s probably not going to happen the way that people wanted, but it is going to go sooner than people think now. Originally, people thought Uber and Lyft were going to go to self-driving cars. However, you can now take the same set of capabilities that have been developed for that market and apply them in other places that are very profitable and relevant. For example, trucking. A lot of people pivoted to delivery robots. If you start to narrow down what it is that you do, this problem starts to be manageable. That’s what people are doing now.

So ten years ago, people had huge aspirations that every car in the world is going to be autonomous and now we’re narrowing it down into manageable pieces?

What happened is a natural process in the market of shakeout for product-market fit. Most companies pivoted to where the money is. We started to see things going into agriculture, mining, construction, and operations inside of warehouses. All of that is starting to really grow rapidly. You still have companies that are doing robo taxis, but they’re going to take longer.

You wrote a fascinating piece on Medium about our role as innovators through COVID-19. What’s your mind-set about this?

The main point in that article was when I look back at the crises that I experienced in 2000 and 2008, those years were extremely difficult and challenging in many ways. But it really forced me to reckon with what can I do to stay on top and to innovate. 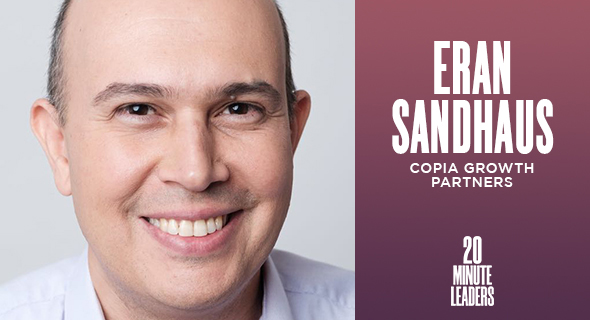 In 2008, I was working for Texas Instruments and we’re selling chips to cell phone companies. But in a short period of time, our revenue went down pretty much to zero. I said, “While we go through this very difficult period, let’s think about what we can create, what we can envision.” We brought in speakers, and one of them mentioned the notion of machine to machine communication. It really sprung our imagination: what if we could actually take the same wireless chips and start to put them in everything?

Today that sounds like the default, but not in 2008.

It did not exist. It caused us to think about if we could do something different. In the midst of that crisis, we all started to get really excited about that vision. 2008 marked the beginning of how we brought the internet of things into Texas Instruments. It was actually one of the most productive eras that we had.

You were forced to either sit down and wait or you could say, “Let’s take this time to discover things we might not have been able to see otherwise.”

That’s exactly the point. That’s the challenge I gave to everyone at the end of the article: when I look back from 2030, what are we doing now in 2020 that I’ll be proud of? And what is it that you’ll be doing now that you can look back and say, “That was something that I created in this period of time”?

What does it mean to have social impact, especially in our capitalistic world?

I’ll share with you where I’m at in this journey. For the first time in my life, I figured out the worlds of social impact and entrepreneurship and financial impact can actually be joined together into something. Ronald Cohen was talking about the way corporations are acting is because they’re not measured in any way on social impact. What if there was a scale that you could measure and quantify dollar-wise the social impact of the company? That’s a fascinating concept. If you do that, you literally start to transform the playing field. What if we could deploy capital not only to invest in companies that would be extremely financially successful, but in the process would create amazing social returns?

It still seems like there’s a pretty big dissonance between the efforts that we put into social impact and to make a successful business. How can I start combining them?

I think the key element is really to create a business that the core is one that creates social wealth. It’s not something that is on the side or comes in contradiction. The other aspect that is critical for social impact is that it’s not enough to have a declaration to have social good, but it’s measuring it and setting goals.

Which is very counterintuitive, this idea of measuring your social impact. It sounds like you think this should be taught and addressed.

I believe that whatever you cannot measure, you cannot manage. If you don’t set a goal in the future, it doesn’t shape your actions in the present. Any company that you talk to comes with a declaration of what their financial future will look like. If you start to literally think that you’re going to measure and put the social impact out there, that’s going to shape your action. No startup says, “We’re going to destroy the planet or abuse our employees.” It’s a completely different animal to say, “Not only are we going to do good, but we’re going to measure it and publish it.” If you do that, it will create the right culture in the company. It will attract the right set of people, people that really want to be there because they want the mission to succeed on a completely different level.

What are some of your earned secrets spending these past few years understanding the mobility industry and seeing all the different players?