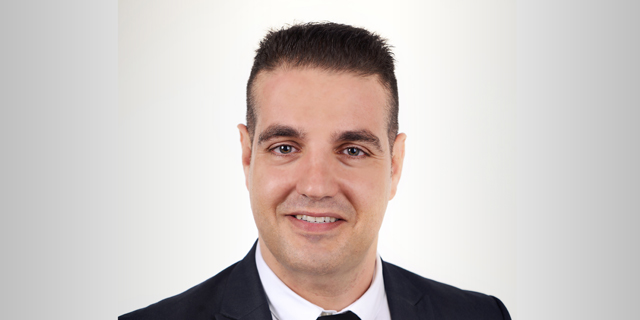 Why is a founders’ agreement so important when it comes to startups?

The founders’ agreement is of crucial importance to the venture, and sometimes the fate of a venture may be in jeopardy due to a founders' agreement that is not detailed enough, says attorney Daniel Behar

At least $10 billion. That is the record sum of capital raised by Israeli high-tech companies and startups in the year of 2020. Yes, in the same year the infamous Covid-19 pandemic came into our lives and completely changed the world as we know it. This is an increase of tens of percent in capital raised compared to 2019.

The year of 2020 proved how strong and shock-resistant the Israeli high-tech industry is. It has proven that the Israeli tech sector has matured, and that it can withstand even the most difficult of times.

Last year also brought the SPACs back into our lives. Israeli companies are looking for more feasible alternatives for going public and the SPACs address precisely this issue. 2020 is definitely the year of the SPACs, as the number of companies choosing this route, compared to 2019, almost doubled to 250, with companies such as Taboola, Payoneer and Innoviz opting for this route. There is no doubt that there is a sharp and clear trend forming here. The success of the Israeli high-tech industry is amazing. The sums raised, the cutting edge technology, all seem fantastic in the media. But sometimes, behind closed doors, everything may not be as tranquil as it seems. Time and again, we’ve witnessed significant disputes between founders. After all, interpersonal relationships are a complex thing, sometimes roller coaster-like. Over time, the relationship between entrepreneurs is expected to go through many ups and downs. In order to anchor the rights, roles and responsibilities of each founder in the venture, under an orderly and professional agreement, and in order to avoid unnecessary future conflicts that could harm the venture you built with your own blood, sweat and tears and the investments accumulated, a founders’ agreement should be created.

When setting up a startup, the relationship between the entrepreneurs is at its peak, the collaboration is excellent, and no significant dispute between the entrepreneurs is in sight. However, as in any relationship, the relationship between the entrepreneurs is likely to experience ups and downs, and it is not possible to know what the future may hold. The founders’ agreement is intended to prevent future disputes between the developers that can be expected down the road, as well as to protect the interests of each of the developers. The founders’ agreement is of crucial importance to the venture, and sometimes the fate of a venture may be in jeopardy due to a founders' agreement that is not detailed enough. For example, a significant investor or entrepreneur can enter the startup, a move that can lead to significant changes.. What is a founders’ agreement? A founders’ agreement is a binding legal contract that regulates the relationship between business partners in the venture. The founders' agreement will address issues such as: A. The majority required to make decisions in the company - Are there certain decisions, such as: changing the article of association or adding new shareholders, which requires a special majority. B. Determining a mechanism for the distribution of the company's shares and assets in the event that one of the founders decides to leave or if the company enters the liquidation phase. C. Establishing mechanisms for resolving disputes, such as: mediation and arbitration, which will avoid wasting unnecessary time and money. D. How to appoint directors and functionaries in the company, such as: Board of Directors, CEO, accountant, etc. E. Ownership of the company's assets - It must be determined who will own company assets, including the intellectual property, which includes, among other things: copyrights, patents, trademarks, etc. It must also be stated whether the intellectual property will be owned by the founders or will be transferred to the company or a third party. F. Division of roles and responsibilities in the company - What is the role of each founder in the company, will he or she receive compensation for their work and what will the conditions and manner of his employment be? G. Confidentiality and non-competition - Clauses intended to prevent the transfer of information to external and undesirable parties, and also to prevent the founders from competing in the company's activities, in order to safeguard the company's interests and prevent harm to its activities and revenues. H. Conditions for termination of the founders' agreement - In which cases will the agreement be terminated, and what will be the compensation that the harmed party receives, in the event of a breach of the agreement, if any. I. Determining specifics regarding the shares in a company - How allotted shares get divided between the founders and the type of shares that are distributed (ordinary shares or preference shares). In addition, the founders' agreement stipulates the rights attached to each share, such as: Right of First Refusal, Tag Along, Pre-emptive right, Anti dilution, etc. Any startup in its infancy must consult a lawyer. It may be tempting to think that a lawyer can be waived, and a founding agreement is unnecessary. After all, everything is blooming right now. Founders' agreements are for moments of dispute and must not be waived in any way as they can prevent a lot of future problems. I have seen thousands of companies, and every third company I’ve come across did not have a founders' agreement as they should. A lack of a founders’ agreement can deter investors from investing in the company, and in general, even prevent fundraising for the company. The author is a specialist in corporate litigation, Co-Managing Partner at GBK - International Law Office, and President of corporate and intellectual property law committee in the Israel Bar Association.