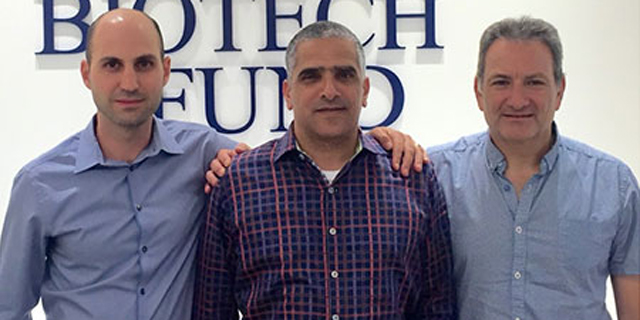 Israel Biotech Fund (IBF), founded by Dr. David Sidransky, Dr. Yuval Cabilly and Ido Zairi, announced the closing of its second fund with a total of $112 million. The fund will focus on the investment and formation of Israeli biotech and pharma companies developing drugs at different stages of development and for various indications. Amongst the main limited partners of fund II are Harel Insurance, BMS, an international pharmaceutical company, and the CBG fund. The second fund will continue its collaboration with the international advisory team of the fund, which includes, among others, Dr. Sol Barer, founder of Celgene and Chairman of Teva, and Jeff Kindler, former CEO of Pfizer. Several months ago, Israel Biotech Fund won a bid from the Israel Innovation Authority (IIA) and the National Digital Ministry together with Pfizer, AstraZeneca, Merck, Teva and Amazon Web Services (AWS) to establish an Innovation Lab to research digital health and computational biology. The parties will collaborate with BimedX which has considerable knowledge and experience in the process of selecting projects to the lab and coaching the nascent companies. The laboratory is set to launch its activity in the coming months.

The fund is also currently working on the formation of a new SPAC with Clal Biotechnology and another partner with the intent of purchasing or merging with an innovative Israeli life science company, with a focus on biotechnology. “Our strategy is based on leading significant investment rounds providing our portfolio companies with the resources required for implementation of their clinical plans in the most professional and efficient manner” said Dr. David Sidransky, “the results speak for themselves and we are thrilled to be part of the process, the maturation and growth of our portfolio companies, while putting an emphasis on the highest level of R&D.” “We have already appointed ten of our international advisory team members to the boards of our portfolio companies,” said Ido Zairi, “these are key leaders in the international biotech sphere and their contribution to the companies’ growth and success is tremendous." The fund noted that the past year included several significant events for its portfolio companies. Biond Biologics, an immuno-oncology company founded by Dr. Tehlia Ben-Moshe and Ori Shilo, signed a license agreement with the leading French pharma company, Sanofi, pursuant to which the company out-licensed its main product to Sanofi. Biond received an upfront payment of $125 million and is entitled to additional milestone-based payments and royalties in an aggregate amount exceeding $1 billion. Ayala Pharmaceuticals, an immuno-oncology company founded by Israel Biotech Fund in 2017, completed an initial public offering on Nasdaq, raising $55 million after announcing positive results of its lead drug. The company is managed by Dr. Roni Mamluk (CEO). The fund also invested in Biosight, another promising oncology company developing a treatment for AML (Acute myeloid leukemia) patients. The company led the last financing round in the company in which $46 million were raised. Arkin Bio-Ventures, CBG fund, Migdal and Phoenix insurance participated in the round.