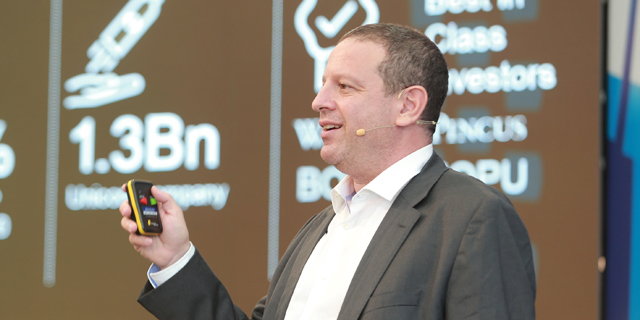 Around $500 million didn't go into company accounts, but rather to those of investors, employees, and executives via secondary deals

Over just one day, Israeli tech companies announced on Wednesday that they had raised over $1 billion. Some $950 million of that sum came from two companies, retail analytics company Trax Image Recognition, which raised $640 million, and database software developer Redis Labs that raised $310 million.

Around $500 million of that sum didn't go into company accounts, but rather to those of investors, employees, and executives via secondary deals. Two additional Israeli companies announced significant funding rounds on Wednesday, with WhiteSource and Blue dot raising $75 million and $32 million, respectively. 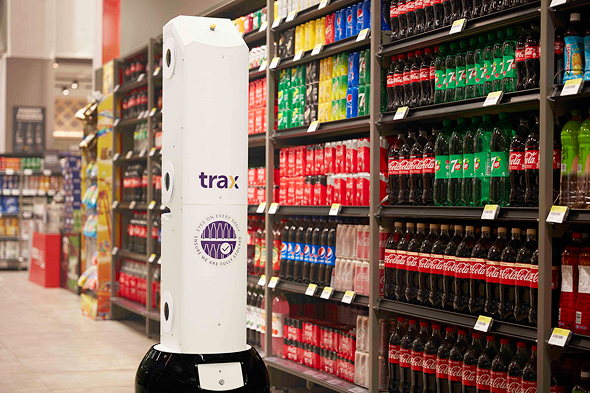 One investor that stood out on Wednesday is SoftBank, which used its new fund, Vision Fund 2, to invest hundreds of millions in Trax and Redis. Trax founder and chairman Joel Bar-El and Redis co-founder and CEO Ofer Bengal told Calcalist that despite the blows suffered by SoftBank in recent times, they were more than happy to take its money. "It is true that SoftBank suffered a serious blow in the WeWork saga, but this is a massive fund which has wonderful companies and has invested in some of the leading companies in the U.S.," said Bengal. "They are a good partner due to their connections in the Far East, in particular in Japan and China, markets which we plan to enter and in which they can help us a lot. None of the investors has a controlling share and we saw no problem in raising money from them." “SoftBank invests in many high-growth tech companies and at the end of the day is the largest tech investor in the world. Our connection to them will impact our success going forward,” noted Bar-El. “I think that SoftBank provides us with a strategic component that no one else can. These sums can create a market and cause disruption that VC funds just aren’t able to. Their aggression, if channeled correctly, can really help growth companies.” SoftBank's investment in both companies was at a significantly higher valuation compared to their previous funding rounds. It is estimated that SoftBank poured a total of $300 million into both companies. Trax raised funds at a $2.25 billion valuation compared to $1.1 billion in its previous round, while Redis saw its valuation double from around $1 billion to $2 billion. The SoftBank fund that invested in the Israeli companies wasn't its better known Vision Fund 1 that is backed mainly by investors from the Gulf, but rather Vision Fund 2, which is still in the midst of recruiting tens of billions of dollars. Most of the money for the new fund will come from Japan-based companies and organizations. SoftBank has invested in Israeli companies in the past, but only through Vision Fund 1 or other funds. Among the Israeli companies to have received investments from SoftBank are the likes of insurtech giant Lemonade and cybersecurity company Cybereason. Trax's decision to conduct another funding round was surprising considering the company is deep into its preparations to go public in the U.S., holding meetings with banks and replacing Bar-El as CEO as part of the process. Alongside SoftBank, the world's largest asset manager BlackRock also played a significant part in Trax’s round. Bar-El, who stepped down from his role as CEO over the course of the past year, noted that despite the large investment, SoftBank has not taken over the company, but instead has become the primary backer alongside BlackRock. “The investment doesn’t mean they are acquiring the company. SoftBank may be the largest backer, but it is not even close to acquiring the company. Maintaining our growth will enable us to make market moves that we couldn’t have done otherwise as well as the clout needed to choose the timing of acquisitions and go public from a position of strength,” he said. Bengal also noted that the selection of SoftBank, as well as that of Tiger Global, who led the round, was due in large part due to their magnitude and resilience. "There was a big demand from many investors and one of the reasons we chose the ones we did is that these are players that will also participate in an IPO and will remain onboard afterward and these are the types of investors you want to work with," added Bengal. "We received offers to do a SPAC and go public, but it is still too early for us, which is why we decided to embark on this funding round. In our sector the name of the game is to grow quickly and companies from our sector are rewarded by the market for accelerated growth and that is the route we are taking." 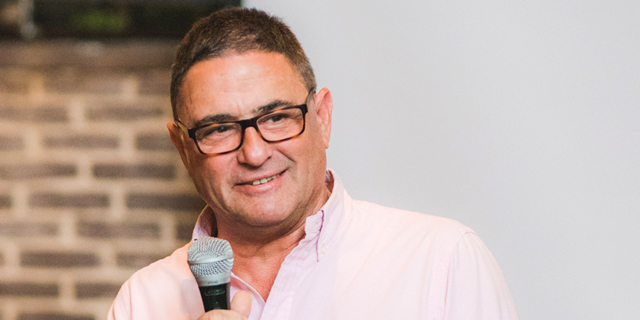 Bengal also said that Redis is "burning a lot of money right now and that is preventing us from being profitable and when you are a public company you have to be very cautious about that. I want to continue and grow as a private company and we will go public next year if market conditions are good. If the market cools off we might wait a bit with going public as we have enough money and the ability to wait, raising $110 million just six months ago and now another $100 million. We have $230 million in our account and have the luxury of deciding when to go public." Secondary sales of shares played a significant part in both deals, with the new investors seeking to purchase as big a stake as possible. In the case of Redis, the secondary portion of the deal reached $200 million, while in the Trax deal the sale of secondary shares is estimated to be valued at around $300 million. Hundreds of Trax employees choose to sell shares as part of the deal, with their paydays ranging between tens and hundreds of thousands of dollars. According to estimates, the total sale of shares by employees will reach tens of millions of dollars. Employees who didn't have shares to sell but have been at the company long enough will also receive a special bonus. Trax’s funding round comes on the back of a challenging year for the company, which provides technological solutions for the retail sector. Trax’s cloud platform is accelerating the digital transformation of consumer packaged goods (CPG) companies and grocery retailers by providing granular visibility of rapidly changing store conditions. Trax solutions enable users to make timely, data-driven decisions and implement immediate corrective actions. As a result, brands and retailers are accelerating growth, reducing costs, and driving awareness and purchase intent. Many retail networks were hit hard by the Covid-19 pandemic, subsequently also hurting Trax, which has hundreds of clients, including Coca-Cola and AB InBev. Trax fired employees in Israel and abroad at the start of the pandemic, but began to prosper once more after the initial panic subsided. "There is a lot of optimism around the world thanks to the vaccines and the end of Covid-19 being in sight," said Bar-El. "We can already see that effect in our results for Q4 of 2020, which was the best in the company's history. We will grow significantly in 2021 because the manufacturing and consumer sectors are recovering. There are more purchases been made and each purchase is also bigger in size." Founded in 2011 by Bengal (CEO) and Yiftach Shoolman (CTO), Redis Labs has now raised a net amount of $347 million and will continue to invest in expanding the company’s global footprint and advancing its market-leading real-time data platform. The company employs 500 people worldwide and plans to recruit another 200 new employees this year, half of which are set to join Redis' R&D center in Israel, which currently numbers 150 employees. The company’s existing investors include Bain Capital Ventures, Francisco Partners, Goldman Sachs Growth, Viola Ventures, TCV, and Dell Technologies Capital. FedEx used Redis' technology as part of its efforts to swiftly deliver Covid-19 vaccines across the world.