Covid-19 saw a surge of new users flock to the company’s platforms, which are redefining the meaning of fan engagement

“I never thought, when we just got started, that we would reach such dimensions,” Asaf Peled, the CEO, and co-founder of Minute Media said when asked about the vision of his company, which was ranked in first place in Calcalist’s list of the 50 most promising startups for 2021. “I figured we’d build a small company, mess around with it for a few years, and move on.” Today it seems obvious but in 2011 the word ‘influencer’ didn’t exist in its current meaning, and YouTube was mostly filled with cat videos and Destiny’s Child music clips. Minute Media came to life as a result of Peled’s dream of working in something sports-related, and probably due to a touch of clairvoyance. The company that developed a platform that enables sports fans to create unique content now controls five media brands that employ its technological solution. Over the past two years, Minute Media carried out four acquisitions, including the popular American media brand The Players’ Tribune. The company boasts more than 350 million monthly users and more than 4,000 content producers that together create 20,000 unique offerings every month. According to a source familiar with the company, it generates $170 million in annual recurring revenue, a high amount relative to the local tech scene.

All an athlete or fan who wants to create content has to do is log on to one of Minute Media’s platforms, open a user profile and get to work using either the videos or images that exist in the system or materials that they upload themselves. After they’re done, the product is reviewed by Minute Media’s team of editors to ensure quality control. If necessary, particularly for first-timers, they provide feedback, and after receiving Minute Media’s technological treatment, the final product is distributed on one of the company’s platforms or other content sites it partners with. Peled (47) founded Minute Media after 15 years as an investor, including at Evergreen and Cisco, and following a brief period as an entrepreneur at Top7. “When we got started, I had no idea what we were actually building and I had very little operative experience,” he admits. “I wanted to found a startup in order to be able to be involved in sports, which is something I always loved. Today, nearly a decade later, we are still closer to the starting position than we are to the finish line. We grew substantially, but our potential growth over the next 10 or 20 years is bigger than we ever imagined.” Like many tech companies, particularly content producers, Minute Media registered impressive growth during the pandemic, even though competitive sports had all but come to a standstill. The growth caught Peled, who describes the start of the pandemic as a time of great trepidation, by surprise. “In March and April of last year, sporting events were canceled one after another. We couldn’t believe what was happening. Even during World War II they never stopped playing soccer in England, and there was never a day without sports in the U.S. I thought the business would suffer a severe blow. It took us a couple of months to realize that there was a huge opportunity for us because we don't deal with live broadcasts and since people were hungry for content and stuck at home.” Did you take any action, or did the fan 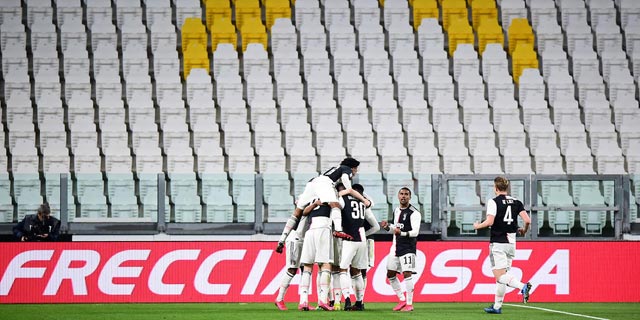 A Champions League game being played in front of an empty stadium. Photo: Reuters

s just show up? “We made major changes to the content we sought to create. We realized there would be less content that revolves around the games themselves so we took things in a more personal direction, with content describing what the athletes experience during the off-season and how they spend their time. It was also a year of many crises and in the U.S., for example, we helped athletes take part in the anti-racism protests. We discovered an opportunity to take the lead and engage in the public discourse and it proved to be a good strategy.” Peled said that the acquisition of The Players’ Tribune, a moment before Covid-19 broke out also contributed a great deal. “It’s a platform that enables elite athletes to create content themselves. If in the past every time we produced content with athletes we’d have to fly over with a film crew, because of the lockdowns, athletes got used to producing lighter types of content by themselves. They were also bored out of their minds so were more inclined to create content.” Peled himself resides in London and describes a feeling of being disconnected from the company he founded. “Two months beforehand we had acquired two companies with 100 people in the U.S. and had to absorb them into the company,” he recalled. 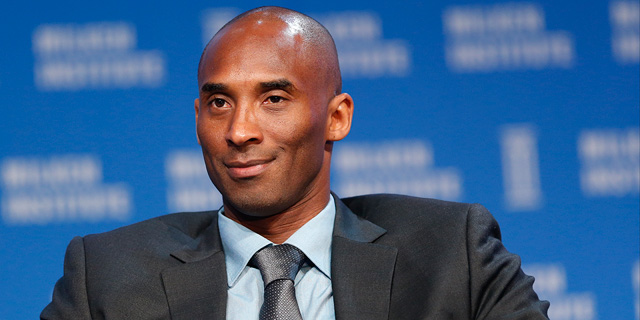 Things were also challenging on a personal level. “On the 11th of March last year I traveled by train with my son to watch the Champions League quarter-final between Liverpool and Atlético Madrid because my son was celebrating his eighth birthday and he’s an Atlético Madrid fan. It was revealed, that very night, that Covid-19 had hit the sports world, we woke up in the morning to the announcement that the NBA would cease its activity, and immediately after that, they stopped playing soccer too. We ended up attending the last game played in front of an audience in Europe and hundreds of people got infected in that game. Seventy fans died and our whole family got sick because of that trip.” Similar content existed before Minute Media came on the scene. What did you actually bring to the table? “We introduced two central features. The first is an innovative approach to short sports content, both its creation and its distribution through fans and influencers. When we came on the scene there were sports broadcasts and websites that wrote about sports. What we took to the next level was the formation of a platform that enables fans to create short, fast-paced, and cool content bits, which changed part of the creation and distribution experience. When we got started, content was an afterthought. Today it is part of the mainstream. We may not be the only ones who are doing it, but we were the first to do it on a global scale and make it into a business. Secondly, we are the only company that brings deep technology into the business of creating and distributing sports content. All of our competitors, both a decade ago and now, may be strong players, but they don’t offer the tech.” For the viewers, who access the content on YouTube regardless, why should they prefer one platform for creating and consuming sports content over another? “There are two types of platforms that compete over our time and attention. The new platforms, like YouTube, Facebook, and Instagram, on all of which you can find content on sports and athletes, and the dedicated sports websites, like Sky Sports or ESPN. YouTube may have a lot of sports content, but at the end of the day, it is a general and generic platform. It isn’t seen as an end-to-end solution for sports fans. That’s what we offer. What we also offer is the curation element. On YouTube, anyone can upload anything they want, we, on the other hand, carry out content curation that ensures that you as a fan receive only high-quality content that suits what you’re looking for, making it a more unique and personalized sports experience. 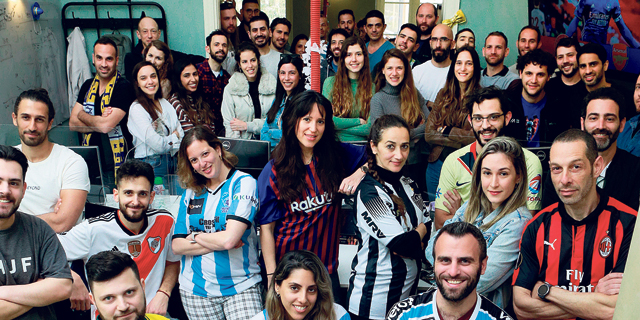 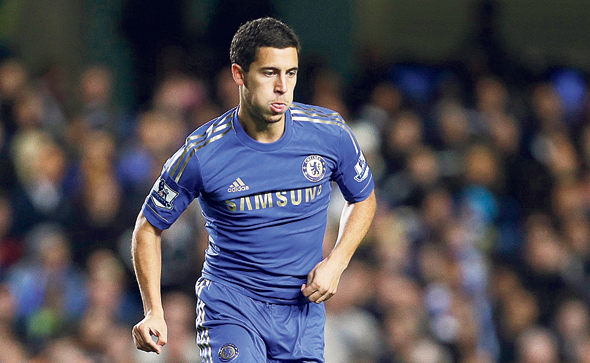 s Tribune and used the platform to announce his retirement from basketball, and about Tom Brady who used it to publish a letter to fans in which he wrote about his move to Tampa Bay, the most publicized switching of teams in NFL history. Though it is available worldwide, most of Minute Media’s focus has been geared to the U.S. market. “Americans tend to be more willing to pay for content and in addition, most American fans support teams in several sports, so it was easier for us as a young company to build up our commercial side there and today it makes up more than 90% of our income,” Peled explains. “But we want to see our global revenues grow at a faster pace. There is great potential in other markets like Asia, South America, and Europe.” Minute Media also wants to expand the number of sports it covers. So far it has focused on soccer, American sports, and e-sports. It only started working on the latter over the last three years and has benefitted from its growing popularity, but Peled notes, somewhat surprisingly, that it is facing difficulty generating large profits. “Five years from now it will be super influential,” Peled says. “Even though there are a lot of players and a lot of interest, it is still in its early stages as far as business goes. In order for it to be a bigger revenue generator for us, we need more advertising money to be dedicated to it and that takes years.” It is a field with lots of successful platforms. Aren’t you afraid someone will overtake you? “We aren’t worried about being overtaken in our niche. Amazon, for example, acquired Twitch, which is a broadcasting platform. But that’s not the business we’re in. Our business is fans who cover everything that takes place in the game itself and that is completely distinct from Amazon or YouTube. They are television and we are everything that surrounds it and we have collaborations with them. But even Amazon, which paid a billion dollars for Twitch, is far from fully realizing the sector. It takes a long time to build up business in it. That’s why I’m not too worried about competition. What is more interesting to see is when the big advertising budgets from ad agencies will arrive. Until that happens, we will find ourselves with lots of users and content, but not a lot of income.” Talking about sports that still don’t generate profits, what about covering women’s sports? “That’s something we already do, mostly women’s soccer. But to be honest, the way we cover it nowadays is not sufficient and we want to increase it. It is a field that suffers from poor coverage and it is definitely an opportunity for us as a company to provide more interesting coverage than any of the competitors. We are more liberal and open and anyone can produce content for us and that provides us with the opportunity.”