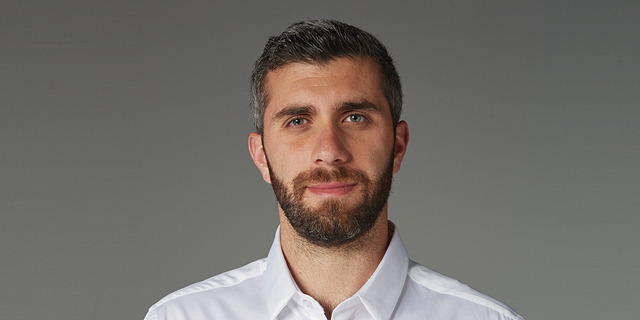 Software development has exploded in the 21st century. In 2018, there were 23 million software developers globally, and this number is expected to rise to 28.7 million by 2024. The rising number of software developers has led to the creation of a new niche market where software companies can get involved. Developers are now supporting one another by understanding new challenges, devising new systems to tackle these challenges, and getting paid for them as well.

Future projections and current data also predict a positive picture for developer-led companies. Current statistics have found that developer-led products account for $40 billion in annual global revenues and that developer-led startups are successful in building tools for other developers, with 70% offering some form of those tools. (I personally also refer to these companies as B2D - business to developers companies.) The developer-led landscape is rapidly growing, with purchases made directly by developers increasing by 19% between 2019 and 2020. Additionally, solutions to help development teams test and run trials on new software have also seen an increase of 12% over the same period. Going back to Jewell’s analysis, in August 2020 there were over 852 developer-led startups within the ecosystem. These figures show the intense growth and make the outlook for the future look particularly promising. Another aspect that is influencing the rise of developer-led startups is the growth in venture capital that has been invested in the DevOps space. The 2020 Dell Technologies Capital Industry Review highlights the fact that investment in DevOps is approaching $10 billion per year. This represents a 27% increase over the last decade, and the additional funding is making it easier for developer-led startups to expand and grow.

The developer-led approach is being utilized by a relatively new form of marketing and sales referred to as the bottom-up approach. This approach is transforming traditional B2B sales models from selling to decision-makers (top-down) into selling directly to developers (bottom-up). It’s useful for developer-led startups as it allows users to access products faster, and purchase history can be tracked along with usage metrics. In addition, one of the key differences is that the bottom-up approach has lower acquisition cost and a shorter sales cycle due to the fact that marketing professionals are choosing to focus more on providing value to the end-users, and relying on their ability to sell the product to stakeholders similar to a grassroots move. Startups who adopt the bottom-up approach also have more time to focus on improving the product side rather than focusing on lengthy sales cycles and legal hurdles that come when selling directly to decision-makers (Directors/VPs) using a top-down approach. This has also allowed developer-led startups to better understand their customers, allowing for targeted product investments and improved user experiences. Twilo is one good example of how a company can double down on its deep understanding of developer teams, and facilitate awareness and bottom-up adoption. This allowed the company to grow rapidly and collect 1.9 million user accounts since its inception in 2008. Similarly, Github, which was originally founded by four developers, implemented a dev-centric approach and created the perfect tool for dev teams to work on their code in a simple way. It’s becoming clearer now that software isn’t sold – it’s adopted. The reason bottom-up growth is important is in part due to the fact that the market is shifting away from stakeholders, over to the growth of end-users as decision-makers. Developer-led startups are selling their products directly to the end-users, who are the developers in other organizations. Developer-led startups are placing more emphasis on user experience and how much utility their products have, rather than getting involved in drawn-out sales discussions with the heads of other businesses. This gives increased value to services provided to users as well as increasing the range of offerings to client organizations. The approach is also swift to earn customer loyalty, whose feedback has been addressed by the supplier. The bottom-up approach is becoming popular in startups, and is also changing the traditional B2B sales module as more autonomy is now given to the end user. This trend has also led to the rise of numerous Israeli developer-led startups like JFrog, Snyk, WhiteSource, Redis Labs, RapidAPI, Coralogix, Logz.io, and others that are currently making waves. Asaf Fybish is a Marketing Consultant, Founder of Growtika, a growth agency for startups and the Owner of StartupStash, a curated directory of tools and resources for startups.