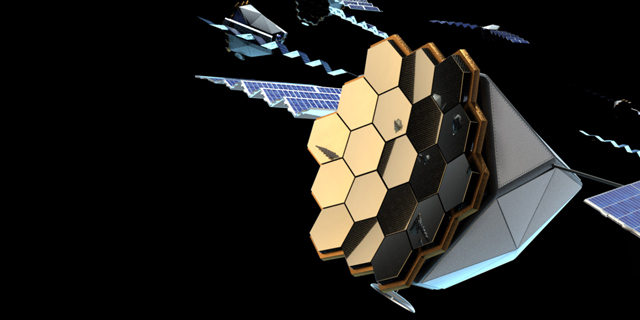 Storing data is a complex matter. Data storage consumes a lot of space, is exorbitantly expensive, uses up Earth’s resources, and its cybersecurity offerings are pretty complex. However, one space tech startup devised a new way to store that data in a far more resourceful manner: in space. LyteLoop Technologies, a data storage startup based in New York, stores data in light particles, or photons which remain in motion in data loops on high-bandwidth laser links. This eliminates the need for large, energy-intensive, ground-based centers, boosting the cybersecurity encryptions, and can store hundreds of petabytes of data in outer space. LyteLoop recently closed a $40 million round in February, which will be used to help the company construct six of its own satellites to send to space in 2023 as well as expand its team. Joining the green energy bandwagon, LyteLoop aims to be energy-efficient and better for the environment too. Its data loop system takes up less space and uses less electricity than traditional, terrestrial servers. Data is constantly in a state of perpetual motion, which consumes less energy and eliminates the need for expansive ground-based centers and adds additional layers of encryption which can’t be offered on ground. 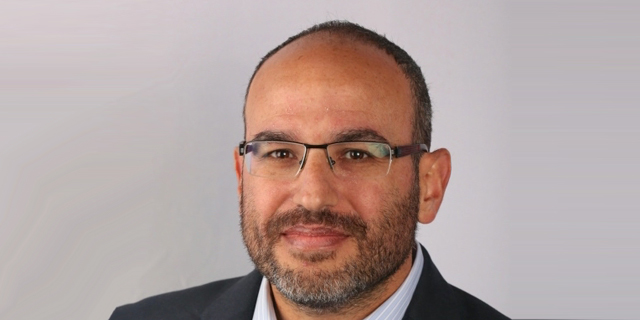 LyteLoop CEO Ohad Harlev discussed with CTech his company’s technology, the common quandaries data storage raises, and what he sees in the future for the space tech sector. Harlev is an Israeli CEO leading an American space tech company, and formerly worked for notable groups in the Israeli tech scene, among them Gilat Satcom and Amdocs. LyteLoop’s technology plays upon Einstein’s theory of special relativity, that the speed of light is consistent and is constantly in motion. However, the actual technology is much simpler. Since light travels through photons and lasers, the company’s technology simply uses light to transmit data by modulating it. “Even during this conversation, we’re taking a signal, giving meaning to it, connecting it, and transmitting it somewhere,” Harlev told CTech in a phone call.

“The biggest hindrance to the space industry is gravity. Things weigh a lot, and in order to escape Earth’s gravity, it’s quite costly to launch things, so space tech companies are constantly looking for ways to overcome gravity. That’s why LyteLoop’s technology sends something that’s essentially weightless to space. “Photons are out there anyway. We’re simply using them to store data, and can send a storage medium that is weightless and doesn’t cost us anything to get it up there. If we receive a file of data, our system receives it and breaks it into packets which are then sent through a gateway satellite up in space already (such as SpaceX’s Starlink),” he said.

LyteLoop is a data center company, just like AWS, Microsoft, or others. Instead of connecting data through fiber optics, it does so via satellites. “We want to make sure that we can get you that data, and get it back to you much faster than what you can get today,” he added. The company offers four separate products, space satellites, tubes, cells and fiber optics cables, with each being capable of transmitting different amounts of data.

How does this method work toward energy conservation?

“It’s a lot more power efficient to keep a photon moving in space between laser links than to have it stored in a hard drive. Instead of using hundreds of megawatts in a ground data center, we’re using tens of kilowatts, (which is a thousandth of the power needed) and is actually generated from solar panels so it's completely green. We’re saving a huge amount of energy on storage and computing. Data centers use a lot of energy. Think about it another way: Google uses more power than England. Even a laptop uses power when it’s in the off mode.”

Furthermore, data centers need to consume vast amounts of electricity on air conditioning and cooling. That water is polluted and can’t be re-used, causing them to be a major burden on our environment. “We’re eliminating this concern by placing them in space. We don’t need water or power. We also don’t need to mine for raw Earth materials to build some of these components in hard drives, because it’s all in space,” he added.

Moreover, creating so much data can have a negative impact on the environment, he continued. “We’re a data-oriented society. We have been doubling the amount of data since the beginning of time until 2020, we’ve created about 40 zetabytes of data. By 2021 alone, we’ll create another 20 of those, and by 2022, we’ll create another 30. If once data centers consumed 1% of our global energy use, now it’s around 4%-5%, and pretty soon will be around 7%-8%.”

Data sovereignty and cybersecurity in space

There’s a lot of murkiness on the issue of sovereignty in space, and especially as it pertains to protecting data in space. Harlev expounded about how today data is governed or managed in space.

“We should be asking who can legally obtain access to our data,” he asked. “Governments that have access to our data must comply with jurisdiction where a vendor has placed the data, so if it’s stored in one country, i.e. France, then the French government will have access to it,” he said. However, if a user is an Israeli or a U.S. citizen, then those governments can also access it. But, if that data isn’t stored on satellites but between them, in space, then only one government will have access to it, and it will not matter where the vendor is located.

In addition, misconceptions about data security run rampant, he noted. Currently, every single communications company provides the same level of security encryption. “When you’re in space, you can add extra layers of cybersecurity that cannot be replicated on Earth because they're not on the same physics-level,” he said.

Another issue, he relayed, is that data can never really properly be deleted once on Earth. However, LyteLoop’s technology could save companies and governments time and effort, especially those who exercise extra-precaution with their security, since data stored in a photon can’t be reconstructed. “Once it’s gone, it’s gone,” he said. “Once we shut down systems and turn them back on, that data is gone forever but we haven’t destroyed any hardware or hard drives, we’ve just flicked a switch. It’s much more efficient,” he added.

The biggest issues today among data storage companies are power usage, the need to add additional layers of cybersecurity, the exponential data growth, and the issue of moveability. LyteLoop aims to solve all these issues. “Every single data center is a physical location, is immovable, and jurisdiction cannot be applied to it. If we go to space, we’ve provided a solution for all four issues, and we also get distance and vacuum in space for free,” he quipped. The data is also accessible from anywhere in the world due to satellite constellations. 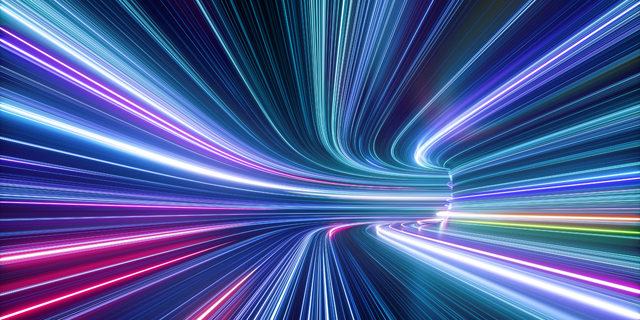 The space tech industry is booming, not only in the U.S. but in Israel as well, and technologies mature much faster.

As an Israeli CEO of a space tech company, what advantage do you think Israel has in this relatively young but growing market?

“I think the Israeli space tech market is amazing, it’s the most out-of-the-box and creative market out there. Israel has a very unique ability because of its small geographic size where everyone in the industry knows one another, so one-on-one interactions are amazing. Ideas get fertilized and growth is faster, because space tech leaders in Israel are all acquainted with one another,” he said.

“As an Israeli working for a U.S. space tech company, I think it has given me the creativity and ability to understand that things are possible. My Israeli background gave me many friends to bounce ideas off of. I believe that space tech is booming, because the industry is ripe for it to do so,” he added.

Does LyteLoop have plans to expand to Israel and open a local branch?

“We’re keeping all the options on the table. We need the Covid-19 situation to calm down before we talk about our global status.”

Does Lyteloop plan on going public?

“During our last investment round, we raised enough to fully-fund our proof of concept in 2023. Currently, we have 30 people onboard and are growing rapidly. We’re focusing on sending our product to space in three years time. This has all been done with private money, and we don’t see a need to raise any more capital for now. We don’t have any plan on going public.”