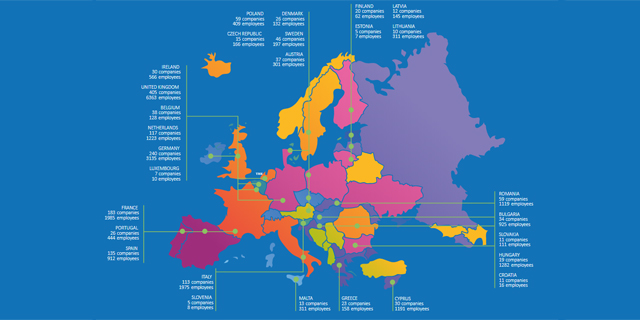 The report was conducted by EIT Hub Israel, ISERD, and CQ Global

A new map revealed by EIT Hub Israel, ISERD, and CQ Global has revealed that there are 912 Israeli companies in the European Union, responsible for employing 24,223 people. The data was collected over several months by a team of editors, analysts, and data sources from Start-up Nation Central and other online sources. It was presented during an event honoring the 25th anniversary of the establishment of business relations between the EU and Israel.

“The geographical proximity between Europe and Israel, combined with the long and extensive history of political, social, and economic ties, creates great potential for entrepreneurship and technology,” said Yotam Tzuker, Head of Business Development at CQ Global. “The popularity of Israeli startups is particularly noticeable in the United States, but there has been significant growth in other European countries as well. The report stems from the lack of a comprehensive picture regarding the state of Israeli companies in Europe and their mutual contribution towards economic development, particularly in the field of employment. We hope that this data will assist startups who wish to operate in Europe as well as investors.” 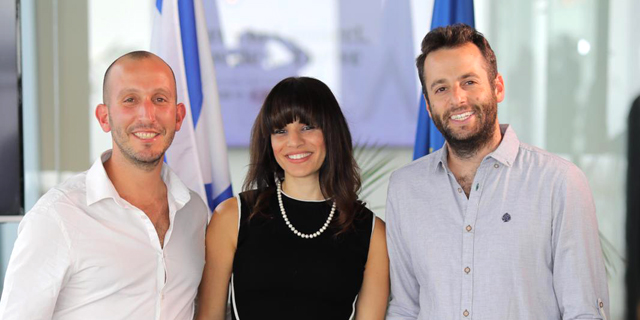 More than one-third of the companies belong to the information and software technology sector, with others focussing on the internet, telecommunications, biomedical, and cleantech sectors. Germany accounts for 240 companies (employing 3135 Germans), and there are 183 in France (employing 1985 people). If we include the UK - which technically left the EU in 2020 - these three countries account for 55% of all European workers at Israeli companies.

“The report is a strategic step in mapping the potential of Israel-Europe relations in the fields of economics and innovation and it sets the scene for further developments and collaborations,” said Adi Barel, the Managing Director of EIT Hub Israel. “The economic potential is inherent in the business relationship between Israeli technology companies and the European market. This report is part of a strategy to deepen ties between Israel and Europe and increase the basket of business opportunities in the fields of innovation.”

Alongside the report, its authors conducted conversations with EU-operated startups. The discussions revealed that 37% of them anticipate growth in the next year, while 16% of them were assisted by the EU in their expansions. Participants stated that the major factors in their decision to work in Europe included the attractive market for their products, proximity to customers, legislation, support programs, and partners from the EU.

EIT Hub Israel was established in 2019 as a bridge between the EU and Israeli innovation ecosystems. CQ Global is an Israel-based staffing and recruitment firm focused on technology sectors.