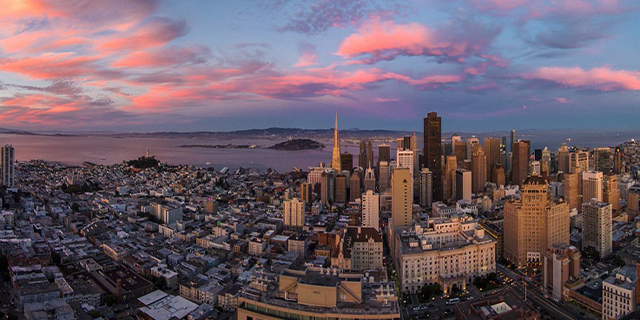 The Golden State has the most Israeli-founded unicorns of any state, but New York trails by just one, according to data collected by the United States – Israel Business Alliance

Five privately held Israeli-founded companies in California reached or surpassed a $1 billion valuation in 2021, boosting the state’s nation-leading unicorn count to 22, according to the United States – Israel Business Alliance. Each of these companies has at least one Israeli founder and maintains its global or U.S. headquarters in California. 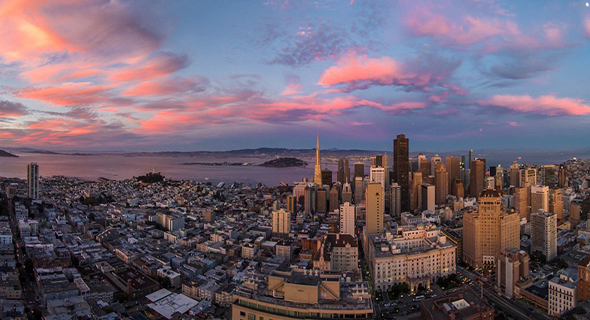 These unicorns are all located in Silicon Valley, except for Orca Security, a cybersecurity firm for cloud-based assets. In March, the Los Angeles company closed a $210 million round at a $1.2 billion valuation. Eight Israeli-founded unicorns headquarter in San Francisco, the most of any U.S. city behind New York. Deel, with its office just beyond Oracle Park’s leftfield foul pole, is the most recent addition to the prestigious group. Last week, the payroll and compliance platform upstart announced the completion of a $156 million funding round, driving its valuation to $1.25 billion. Deel has raised $206 million total – all in the past 11 months. Less than a mile away, ironSource, an app monetization and distribution pioneer, recently revealed its plans to go public through a special purpose acquisition company. The agreement with Thoma Bravo Advantage surged the company’s value to $11.1 billion, surpassing the $10.4 billion SPAC merger between New Jersey-based eToro and FinTech Acquisition Corp. V. The hefty valuation follows ironSource’s 83% year-over-year revenue growth in 2019 and 2020. Trailing San Francisco, Palo Alto now has seven Israeli-founded unicorns, including insurance disruptors Hippo ($5 billion) and Next Insurance ($4 billion). On March 22, Wiz closed a $130 million round. CEO and co-founder Assaf Rappaport proclaimed that Wiz had become the “fastest-growing security startup ever,” having achieved a whopping $1.7 billion valuation only “three months since emerging from stealth.” “California continues to attract many of the best and brightest innovators in the world,” USIBA president Aaron Kaplowitz said. “We’re seeing today a new generation of Israeli entrepreneurs contribute to northern California’s innovation ecosystem and benefit from a deep bench of venture capitalists. “Silicon Valley lives by the ‘move fast and break things’ mantra,” Kaplowitz added. “The Israelis, of course, have a word for that: chutzpah.” Mountain View is on the letterhead of Rapyd ($2.5 billion) and SentinelOne ($3.1 billion). It is also home to Coursera, which left the unicorns behind on March 31, when it debuted on the New York Stock Exchange. Coursera closed its first day of trading with a market cap of $5.9 billion. Database management innovator Redis Labs ($2 billion) also lists its corporate headquarters in Mountain View. On April 7, Redis and San Francisco-based Trax ($2.3 billion), a retail analytics leader, raised $950 million combined. Although not yet unicorns, Blue Dot and WhiteSource, both based in Massachusetts, increased the total funding amount to $1.1 billion, setting a single-day record for Israeli-founded startups. In San Mateo, Tipalti has grown its accounts payable and global remittance automation solutions into an enterprise valued at $2 billion. Dremio, a big data curation engine ($1 billion), and Innoviz ($1.4 billion), a LiDAR manufacturer, maintain headquarters in Santa Clara. They could soon be joined by their neighbor Cloudinary, a provider of cloud-based solutions for image, video, and data asset management. Cloudinary has impressively approached unicorn status without taking a single investment from a venture capital firm. Last week, USIBA, which aims to strengthen the economic relationship between individual states and Israel, published research findings on the 21 Israeli-founded unicorns based in New York, which trails Tel Aviv as the city with the most Israeli-founded unicorns in the world. Soon after, Outbrain, a unicorn from the list, filed a confidential prospectus with the U.S. Securities and Exchange Commission for plans to IPO. This development came one day after Israeli-founded ad software company DoubleVerify – headquartered in SoHo – closed its first day on the New York Stock Exchange up 33%, enough for a market cap of $5.3 billion.