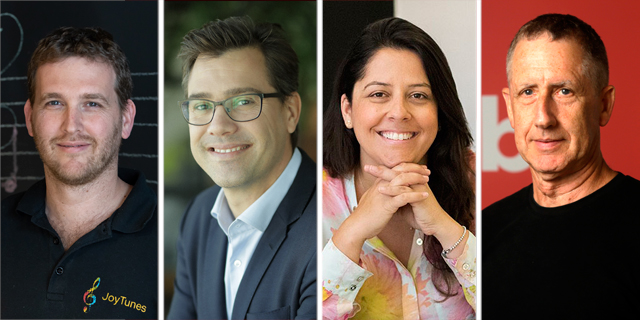 It’s a known tale that Israel isn’t good at starting B2C companies, those that sell directly to consumers, but the pandemic year proved just the opposite. During a panel at Startup Week sponsored by Google and Calcalist, four different companies spoke of how they managed to win over consumers. Those companies include eToro, which specializes in social investing, JoyTunes, which is revolutionizing music education, Lili, a freelance banking platform, and AI21 Labs which is changing the way we write. “We provide freelancers with the tools to manage their banking services, and also a layer of business management that focuses mainly on tax spending,” said Lilach Bar-David said, who is the founder and CEO of Lili, the largest bank in the U.S. for freelancers. “Two things happened to the U.S. economy that allowed us to flourish. On one hand, people sat at home and realized they could do something else aside from their work, and on the other hand, they realized that there is no longer any significance to having a bank branch and there is no point in paying fees.” 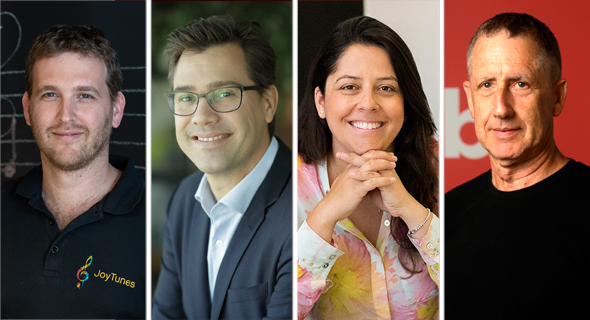 Yoni Assia, CEO and co-founder of eToro, also spoke at the panel. “We are the largest social investment network in the world that enables people to trade freely in different stock markets as well as with cryptocurrencies, and everyone can follow different investors on our platform and learn from them. In 2020 we saw our revenues grow by 147% to over $600 million.” Assia explained that as the company he founded is about to go public via a SPAC, he has no concern discussing its revenues. “Recently, we announced our intent to enter the stock market through a special-purpose acquisition company (SPAC) at a $10 billion valuation. We have experienced meteoric growth from millennials and private investors. This year saw the digital transformation accelerate in several places, but in the investment world there were several additional reasons: interest rates are at zero across the world, people are seeing how much money is being printed, and alongside the crypto world, an entire generation is questioning money’s worth. As a result, we’re seeing people massively flocking to investments and cryptocurrencies.”

Assia added that “most of our management operates here. There is a deep competitive advantage to Israel, since it’s very global. An American entrepreneur will focus on the U.S. and a German one on Germany, but I have a very global approach. The melting pot that is Israel has created a global approach in Israel.”

“Our goal as a company is to change the way people read and write,” said Prof. Yoav Shoham, who is the co-founder and CEO of AI21 Labs. “It’s a weird thought but today we write the way a Product Manager in the 1980s would at Microsoft. Even if you’re not writing on Word or Outlook and write on Google Docs or something similar, you’re still doing the same thing. We read the same way we have done since the Gutenberg Printing Press in the 1400s. We don’t want to replace people, but merely empower them. Our goal is to develop a deep technology that is based on artificial intelligence, which will fundamentally change the way we read and write. Five months ago, we launched our first product. It writes in English but understands other languages as well. It is capable of offering people many ways to express themselves in English similar to the way a person intended to speak. We don’t have any way of measuring or comparing our product to others out there since we only just released it, but it seems as if people write more from home since most of their conversations are replaced by the written word.” Yuval Kaminka, co-founder and CEO of JoyTunes, spoke about how his company is revolutionizing the music education industry. “We’re building a service that helps people improve their musical capabilities. There is a trend of online music education that can bring music to a lot of people. We’ve got a taste of the future. We are building a great and meaningful company and want to conquer the music world. During the pandemic, we discovered people’s hidden need and realized we could help them make it a reality. Many people who never learned to play, enter our platform, and it’s getting stronger every day. There was no reason to have a team located in Tel Aviv or New York. Our product is sold digitally and there’s no need for a person to physically be somewhere. Israel has strong digital capabilities, which in the past people only associated with the U.S. Israel isn’t only growing amazing B2B companies, but B2C ones as well.” Assia added that “most of our management operates here. There is a deep competitive advantage to Israel, since it’s very global. An American entrepreneur will focus on the U.S. and a German one on Germany, but I have a very global approach. The melting pot that is Israel has created a global approach in Israel.” “There was great uncertainty and we made many preparations to tackle it. Even now when our numbers are growing, we are still very conservative. There were a lot of anomalies in the Israeli high tech market,” Kaminka said.